Mabelane has performed all over South Africa and internationally, headlining shows in Singapore and Thailand.
She takes you on the rib bursting journey of her life as a descendant of coconuts, the tswape people and the rowing tribe. Thato Mabelane is a master storyteller whose style of comedy is a blend of wit, personal experiences and observations of daily life.

This hilarious show touches on her travels, and her recent move to the beautiful Cape Town. It is a must see.

Thato is a brilliant performer. Mom 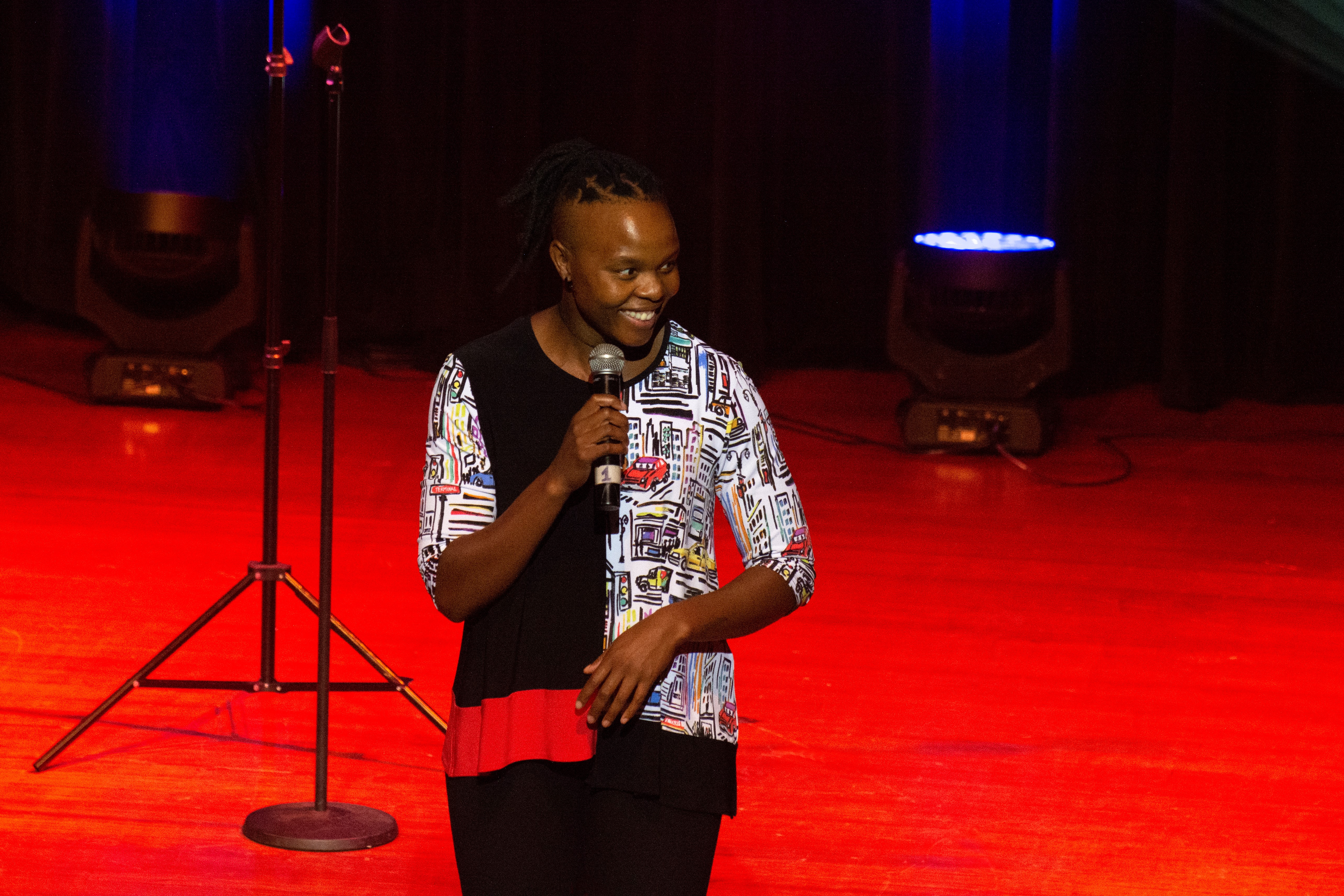 Joburg funny lady who immigrated to Cape Town in 2019.
Described by her peers as the freshest new voices in the industry.
Mabelane is a master story teller whose style of comedy is a trio of wit, personal experience and daily observations.
Quantum physics and rowing the ocean introduced her to the craft of comedy back in August of 2014.
She hung around since.
Playing in comedy clubs all over South Africa.
Mabelane is currently touring her debut collab special, Survival of the Funniest which premiered at the Baxter on 26 March 2022, the show is going to Patenoster in July on 29 July 2022 invited to perform at Die Koelkamers Teatre .
Mabelane rowed across the Atlantic ocean in 2015 she talks about befriending an app during her voyage. Mabelane’s love for comedy saw her founding and hosting a popular weekly online show Wednesday Night Comedy via Instagram which premiered in May 2020. The show was crucial as a network for comedians to connect during the hardest parts of 2020. The show currently on pause going back live in June 2022.
One of the challenges comedy faces is spaces to do comedy at, with her passion for comedy, Mabelane runs a monthly comedy show in Hout Bay to enable a space for both new and established acts to perform their craft.

Comedy is a powerful tool.