A Night E’Makhanda is an intimate gathering that showcases art from Aux Alaio, Athi & Rhea Blek who come from different parts of South Africa.

These three artists represent different sides of what we know as South African music and the result is a show that caters to different people and different emotions. This unique blend of music has a singular element which is a soulful feeling that is intended to warm a person up during this winter season.

So, come experience the marriage of intimacy and song drenched with warmth and color. A Night E’Makhanda is an evening not to be missed. 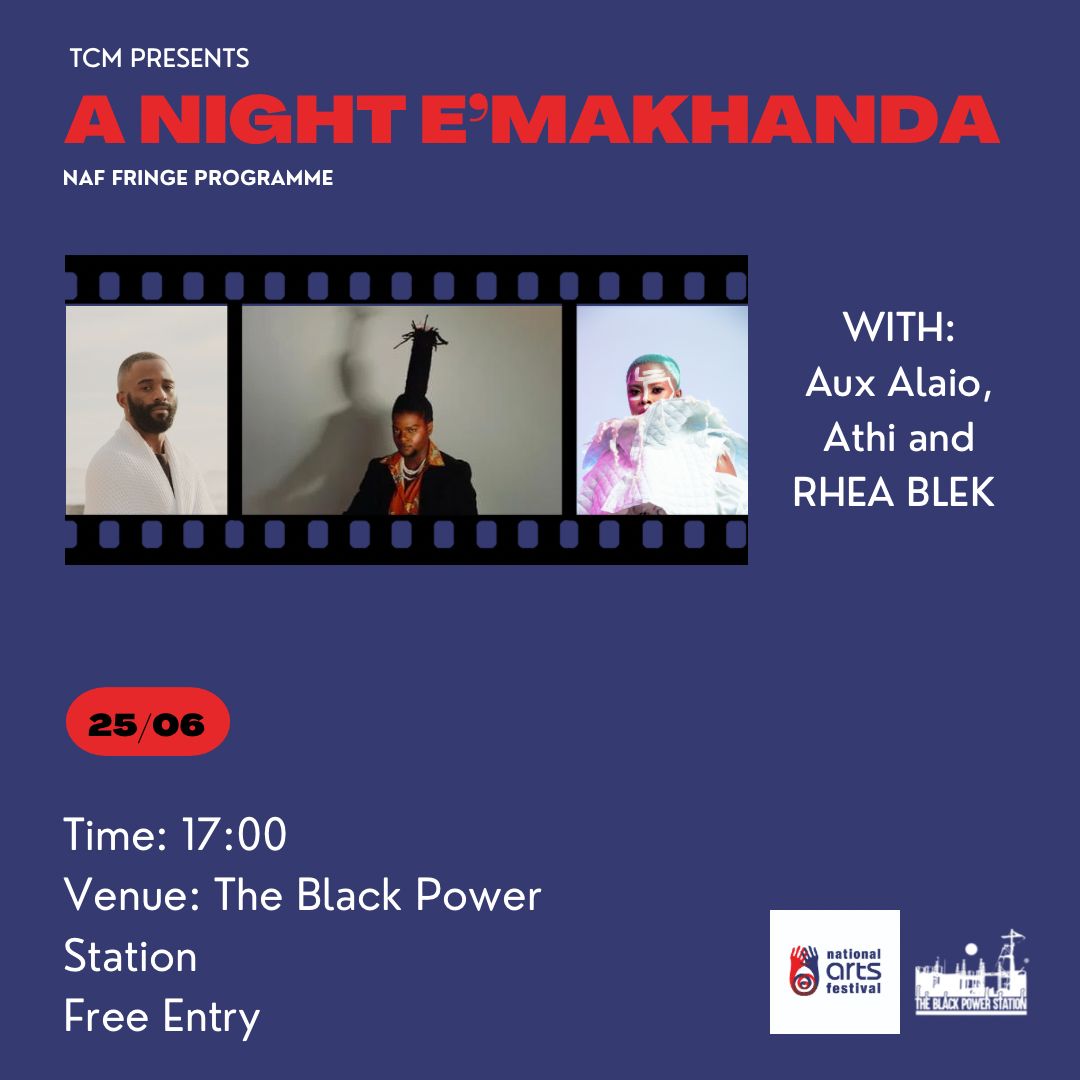 Athenkosi Cetyana better known as Athi, is an independent multidisciplinary artist based in Cape Town.
His work as a guitarist was recently featured on the single Ntinga, by SA Idols sensation, Chosi, while his voice was lent to the 3-part single (A Piece of Your Time) for Durban-based emerging Hip Hop star, FeelThe6th.

Athi is a published writer who was part of the Franschhoek Literary Festival in 2019.

Naledi Refiloe Makhetha, better known as RHEA BLEK, was born in KZN, South Africa. In 2014 she released her debut single, Boy and a Girl. She went on to release her debut EP, THIIIRDWAV which features fan favourites like Clyde and Teenage Dreams.

Her standout moment was a collaboration with Ford South Africa and other young creatives using her single, Ka Mzolo to create the #GoMakeWaves campaign. She’s performed at the 2018 Trace Festival, MTV Base SA show on Gqom Nation Season 2, Sistahood on Etv and hosts her annual BLEK MAGIC show sponsored by Jäegermeister.

Her latest work is a virtual concert created at the Luthuli Museum in partnership with the Playhouse. This show won first place at the Ukhumbane Jazz Fest and her song was featured on Netflix JIVA Series.

Aux is predominantly a musician as that had been their initial spark into creative work; basing themself around vocal technique and production. They’ve made an array of sound along the lines of ambient, jazz, alternative, electronic, experimental, gqom, and a lot more that have proven to be great outlets of creativity for both Aux and their audience.

Aux Alaio consistently released work ranging from their first EP titled Ode To Heartstrings, another called Rude 2 U and an LP titled Chakra Zulu in a span of two years, before Aux decided to move back to Johannesburg in hopes to project their creativity in ways that more people could understand it.

They have performed at the Feather’s Festival in 2019, opened for Desire Marea at the Desire Live in 2020, worked with the likes of Ndabo Zulu, Ayanda Sikade, Sbusiso Mashiloane, Desire Marea, Gyre, Thabo Sikhakhane, Llewelyn Mnguni and more from South Africa. Aux has made an international debut recently working with Okzharp from London which has placed a stamp of approval in that Aux is destined for international recognition as this has stemmed a few more collaborative projects with Scratcha from LDN, Federico Luz from Belgium & Ossie from Dublin which are sure to be released mid 2022.