Acapella Street Corner is a group of musicians who came together to share their life experiences at a support group in their community.

Sometimes, we can’t find a way to truly express how we feel. Acapella Street Corner, a group of talented singers, found music to be the only way they could truly share and express how they are feeling.

We go through a journey of individuals telling us about what it is that led them to this point.

Sax has also performed at many corporate companies such as Tailormade Group, Frog Group, and Live Co as a dancer. Other credits include TV lead commercial roles: One Life (2017), KFC (2017), Sanral (2017). Singer at the Sun City resort (2014-2015), sharing the stage with the legendary John Kani in Tony Kgoroge’s Tshwane 2020 (2014) and a dancer for Kgalakgadi (2015) choreographed by Thabo Rapoo.
Besides being a performer, he is also a creative. He holds credit for composing the full scores of Wiseman Chauke’s Elixir The Musical (2015) and Qina The Musical (2018) which premiered at the South African State Theatre and also had a run at the National Arts Festival (2019). He was also musical director of the song and dance show Izwi ( 2016) which premiered at the Carousel Casino in Hammanskraal.
During 2019-2020 period, he performed overseas on cruise ships such as Mein Schiff (Tui Cruises, German company) and MSC Divina (Italian company) through which he has traveled to over 30 countries.

Zandile Vinkqi is a singer from Fort Beaufort who started singing when she was in Primary school in 2007. While pursuing her career in 2016, she started joining acapella groups in her hometown. In 2018 she was fortunate enough to be involved in the Raymond Mhlaba singing competition.
Zandile still wishes to explore more in the music industry and see where the road takes her

Unam Gxekwa is a young and lively performer with a promising future in the music industry. By the age of 11, she started singing at the church choir, proving that dynamite comes in small packages.

Now 14 years old, Unam hopes to learn as much as she can with the productions she is currently doing.

Singer, worshipper, and a proud mother of a beautiful daughter, Nesiwe Mfihlo originally comes from Mount Frere but currently resides in Fort Beaufort. She started singing from a very young age at church. She comes from a musical family and has released a song with her brother (as part of the group Oh Yeah Minister II) titled “I found Christ and Nelson Mandela”. She has worked with poets such as Loster Nquma. Nesiwe has also gone solo and was a finalist in TruFM’s talent search in 2015.
Nesiwe has big dreams for herself and her music career.

Sisipho Veveza is a singer from Fort Beaufort who started singing at church. The rest is history. She is usually involved at the SDA Choir festival which has opened her to many more avenues in the music industry.
Sisipho is a passionate and dedicated performer who is ready to take the industry by storm.

Lubabalo Button is a young and vibrant upcoming musician. Born and bred in a small beautiful town called Port Alfred, in the Eastern Cape. He was raised by his grandmother who taught him about God and all Godly principles. Today he is a Christian who serves faithfully at the Methodist Church of Southern Africa.
Mr Button has completed his tertiary qualifications at the Cape Peninsula University of Technology, where he obtained a Diploma in Tourism Management and a BTech Events in Tourism Management. At university he was acquainted to the music industry. He started working as a backing vocalist for well-known gospel artists such as Anele Sabani and Xolisa Kwinana. He is currently singing for his church choir and local groups around Fort Beaufort.
He believes the talent he has will one day feed souls around the world.

Siphosihle Makaka is a singer from Fort Beaufort. She started singing at school and church when she was 12 years old. She is also member of a quartet acapella group called “Sweet Harmony”.

Thando Matikinca is a 27-year-old born in Fort Beaufort. He started singing seriously in 2009 at his church in the worshiping team.
He was also part of groups that went to JDI auditions, Idols, TruFM and worked with Raymond Mhlaba. 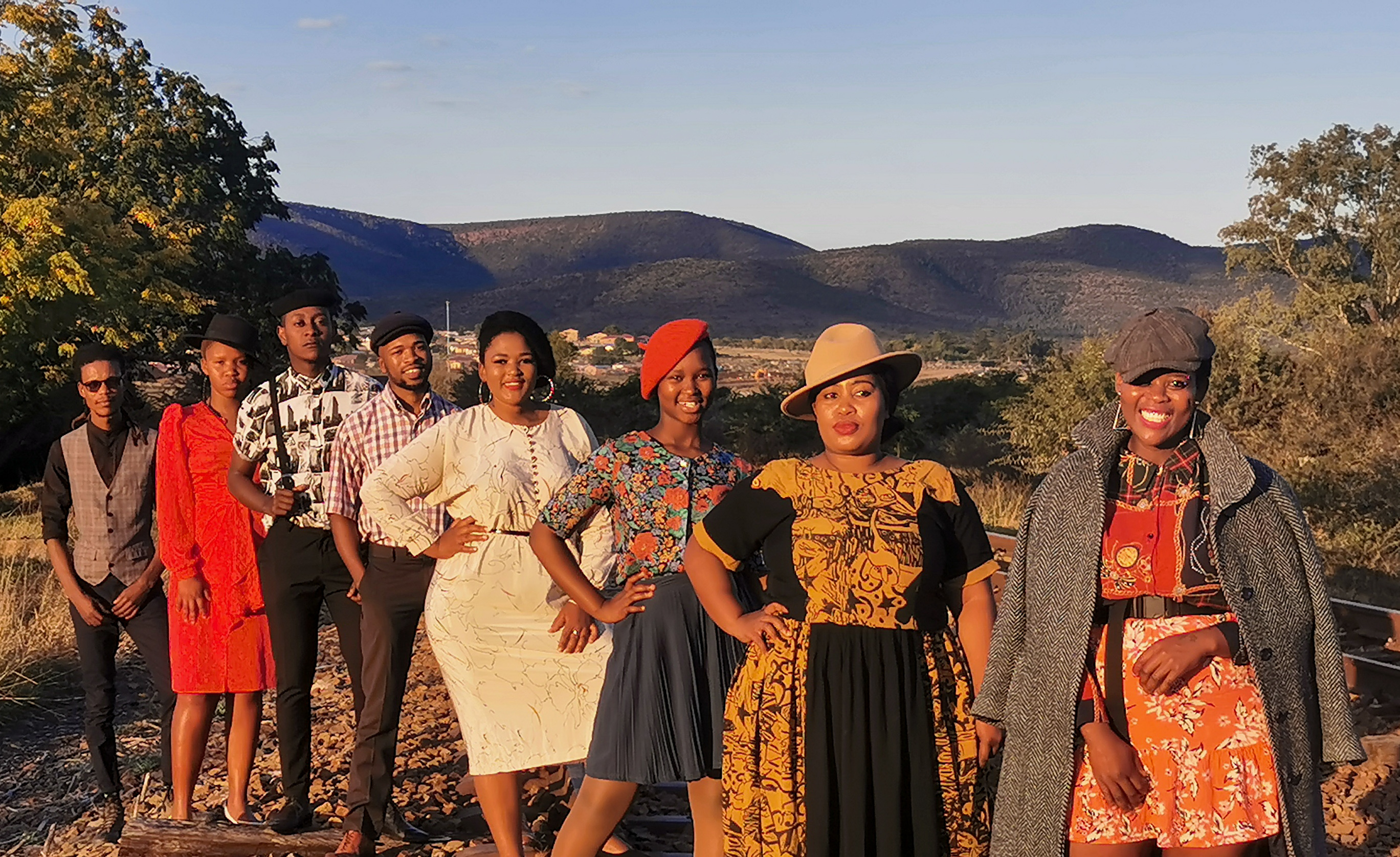