ALL GONE is a light-hearted theatre piece for all ages. It arouses mentality and empowers the young and old with so-much-needed consumer education.

It is an entertaining play inspired by a real life story, set at Koekies Tavern. Innocent Mhlanga miraculously recovered from a freak road accident which left him disabled.
He is compensated by the Road Accident Fund, but instead of conserving his substantial payouts, he lives a lavish life, squandering all his money. 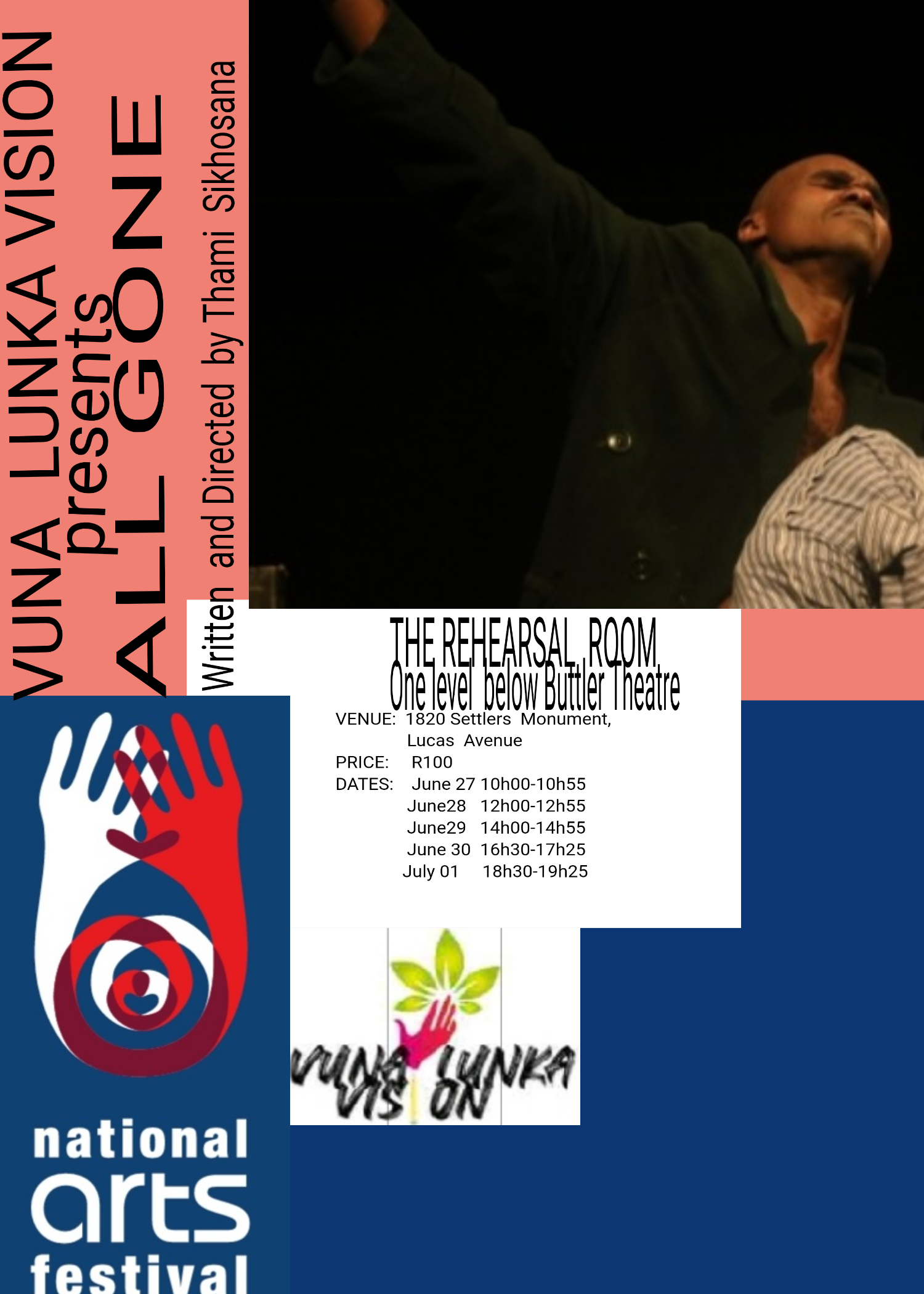 Thami Sikhosana is based in Durban. He is a well-known theatre writer, actor and director who acquired his acting skills early on the stages of Bheka Ngapha and Taxi Jam theatre productions. He has since been inspired by Gibson Kente, Thami has worked with skilled veteran theatre writers and directors such as Madoda Ncayiyana and the late Themi Venturas in more than 20 mainstream theatre productions mainly at the then NAPAC (now The Playhouse Company). His acting experience ranges from radio dramas, voice overs, films, children’s theatre, classic (Shakespeare), indigenous and environmental theatre.

Thami’s extensive Playhouse theatre experience includes the adaptation and staging of several Matric setworks such as Bessie Head’s novel When Rain Clouds Gather as well as other study guides, the majority of which were commissioned by The Playhouse Theatre Company and immensely benefited more than twenty thousand matric students in KZN/Durban schools.