A collection of ideas, thoughts and jokes from the busy mind of multi-award-winning comedian Yaaseen Barnes. In a time where we are blasted with new information every moment of every day, focusing on the essentials is difficult, adding ADHD to the mix is a recipe for comedic mayhem. The world is burning, all we can do is laugh. 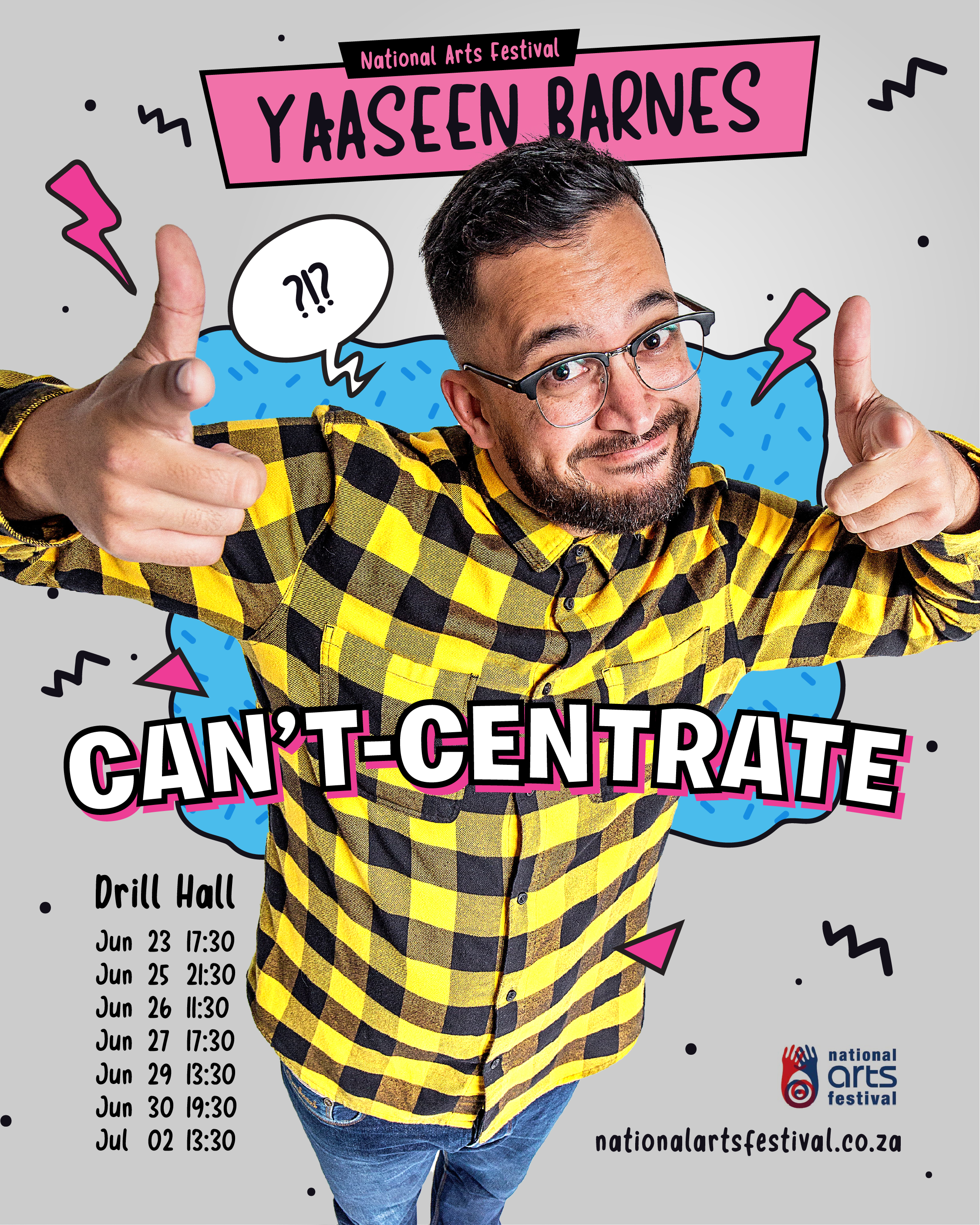 Formerly awarded two of South Africa’s highest accolades – the Savanna Comic’s Choice Award for Best Newcomer and the Intermediate Comic of the Year award – Yaaseen was named amongst The Mail and Guardian’s Top 200 Youth in 2016. An inspiration to the stand-up comedy scene; Yaaseen hosts regular comedy nights open to all in the hope of growing the comedy scene amongst women comedians and comedians of colour in Cape Town. Yaaseen has performed to sold-out shows touring the country, as well as taking South African satirical comedy to Canada as part of a stand-up comedy collective – Day Zero: The Water Shortage Comedy Tour (Top Online Ensemble Show at the South African Comedy Awards).
Not just a pretty face on the comedy stages; Yaaseen has also won the popular radio station GoodHope FM’s Laughmaster Competition. He has created his own web series – The Weekly Noise – which has grown a bit of a cult following. And, he still finds time to co-host the Reg Boys podcast with Simon Orgill.
However, Yaaseen is more than just Cape Town’s favourite funny guy, he is also a popular social media powerhouse. From the tweets, to the streets; he has featured on television in the SAFTA-winning game show, Point of Order, and has joined the Both Worlds writing team for Point of Order, Parlement Parlement, Comedy Central News, as well as the twice Emmy nominated ZANews. Yaaseen is also a hit as a brand ambassador creating online content for various
brands, including Jive, Whiskas and Otees.
As home-grown as Sunday’s koeksister and Golden Dish gatsbys, Yaaseen is the embodiment of comedy. Dedicated to bringing entertainment to the masses, from slapstick to walking stick. His jokes aren’t that deep, but his passion is.