Dear Donald/Dear Hillary (Their Secret Correspondence) takes liberties for laughs, with the biographies of the famous political rivals. What if they’ve known each other since the age of 8, assigned to be pen pals as second-graders? In their heretofore undiscovered personal letters spanning half a century, right up to November 2020, we see their awkward friendship wax and wane in letters that borrow liberally (not conservatively) from Trump and Clinton’s actual public dialogue. You might be surprised who gets the last word.

The play is unapologetically satirical, comedic, biting, surprising, engaging and cathartic. The audience is invited to ride a roller coaster of laughter and surprise revelations, and will be struck by the universality of the ideas the play explores. Further musing about larger ideas around status, male and female power, and the responsibility of how we, as people, might empower certain dynamics to evolve and occur will likely be topics of post-show conversation among those who go on the journey of Dear Donald/Dear Hillary (Their Secret Correspondence).

Actor Biography: Sally Nystuen Vahle playing Hillary:
Sally Nystuen Vahle is a member (12 years) of the 2017 Tony Award Winning Dallas Theater Center’s Diane and Hal Brierley Resident Acting Company.
For the past 30 years, Sally has been fortunate to play a wide range of roles at DTC including: Ouiser in Steel Magnolias; Mildred in Miller, Mississippi; Scrooge in A Christmas Carol; Fraulein Kost in Cabaret; Medea in Medea; and Clytemnestra in Electra. Most recently, Sally appeared as Tracey in Sweat and Hannah/Aunt March/Mrs. Mingott in Little Women (Co-production DTC and The Old Globe). Sally is a 2011 Lunt-Fontanne Fellowship Award recipient, Co-Founder of Dallas’ Kitchen Dog Theater, and she works extensively in broadcast/voice-over. Sally is proud to serve the University of North Texas Department of Theater as Associate Professor of Acting and Voice. Represented by: The Mary Collins Agency.
www.sallyvahle.com and www.sallyvahlevoiceover.com

Actor Biography: Bob Hess playing Donald:
Bob Hess holds a Bachelor of Arts degree, summa cum laude, from the University of Kentucky and a Master of Fine Arts degree, magna cum laude, from Trinity University.
As a stage actor, Bob has appeared in nearly every stage in the Metroplex over the last 40 years. With over 100 professional productions under his belt, his favorites have included To Kill a Mockingbird, A Christmas Carol, and It’s a Bird, It’s a Plane, It’s Superman (Dallas Theater Center), Jekyll and Hyde, Rock of Ages, Million Dollar Quarter, On Golden Pond, The Interrogation of Lee Harvey Oswald, Big River, and Annie (Casa Manana); I am My Own Wife, Hand to God, Pride and Prejudice, Sexy Laundry, and Company (WaterTower Theatre); La Cage aux Folles, It Shoulda Been You, Vanya, Sonia, Masha and Spike, The Nance, Dirty Rotten Scoundrels, and The Normal Heart (Uptown Players); Light Up the Sky, The Odd Couple, Vieux Carre, and Lucky Stiff (Theatre Three); Are You Now, or Have You Ever Been?, Hir, and Sexy Laundry (Stage West); The Great God Pan (Second Thought Theatre); Miracle on 34th Street and A Year with Frog and Toad (Dallas Children’s Theater); Artist Descending a Staircase, King Liz, and The Quixotic Days and Errant Nights of Don Quixote (Amphibian Productions);); Ragtime (Lyric Stage) and The Goat, or Who Is Sylvia?(Kitchen Dog Theatre). Bob is the recipient of the Greer Garson Theatre Arts Award, as well as a number Dallas Critics’ Forum, Leon Rabin, and Column Awards. Bob also appeared in productions of Driving Miss Daisy (w/Sandy Duncan) at North Carolina Theatre and Mr. Burns: A Post-Electric Play at CityRep in Oklahoma City.

Playwright Biography:
Elaine Liner left a long career as an award-winning arts and media critic in 2013 to become a novelist, playwright, and solo performer. Her first project, the one-woman comedy Sweater Curse: A Yarn about Love, premiered with a successful run at the Edinburgh Festival Fringe in August 2013 (with a return in 2014), has toured throughout the Southwest, and was most recently performed at the inaugural Theatre Crude Fringe in Oklahoma City in 2019. Her first novel, 2084: An American Parable, was published in 2015 and has enjoyed wide success as a book club favorite. Elaine’s two-act comedy Finishing School debuted in 2017 at Elkhart Civic Theatre (IN), winning that year’s NewPlayFest at the American Association of Community Theatres, and has been performed at theaters in Minnesota and Nebraska. It was published in 2019 by Dramatic Publishing. Elaine earned her B.A. in theater at Trinity University, studying with regional theater legend Paul Baker, and she has a master’s from SMU. She is a member of the Dramatists Guild, lives in Dallas, leads museum scavenger hunts, and teaches workshops on arts marketing and playwriting. Currently she’s working on her second novel, I Bought a Death Ray on eBay. 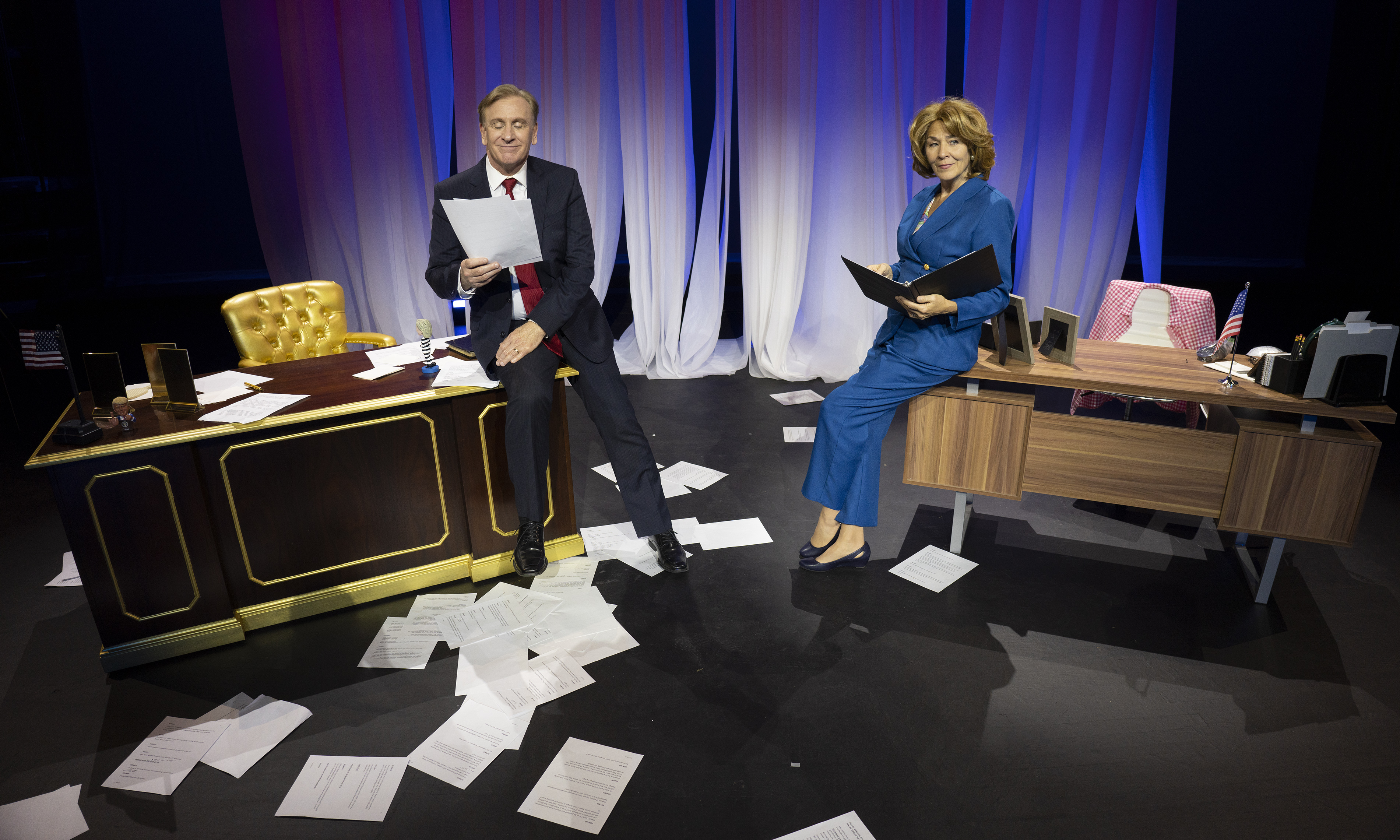 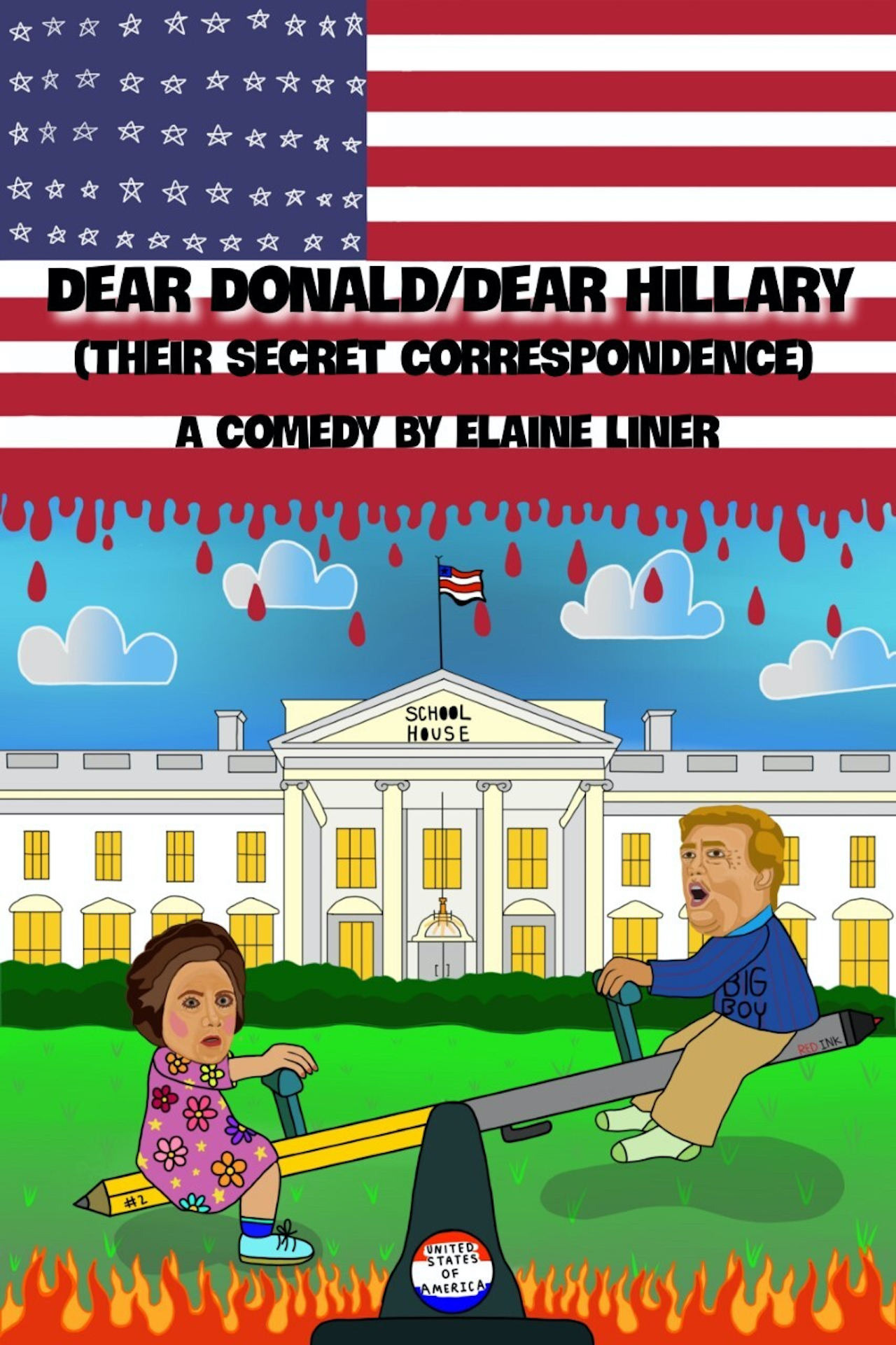 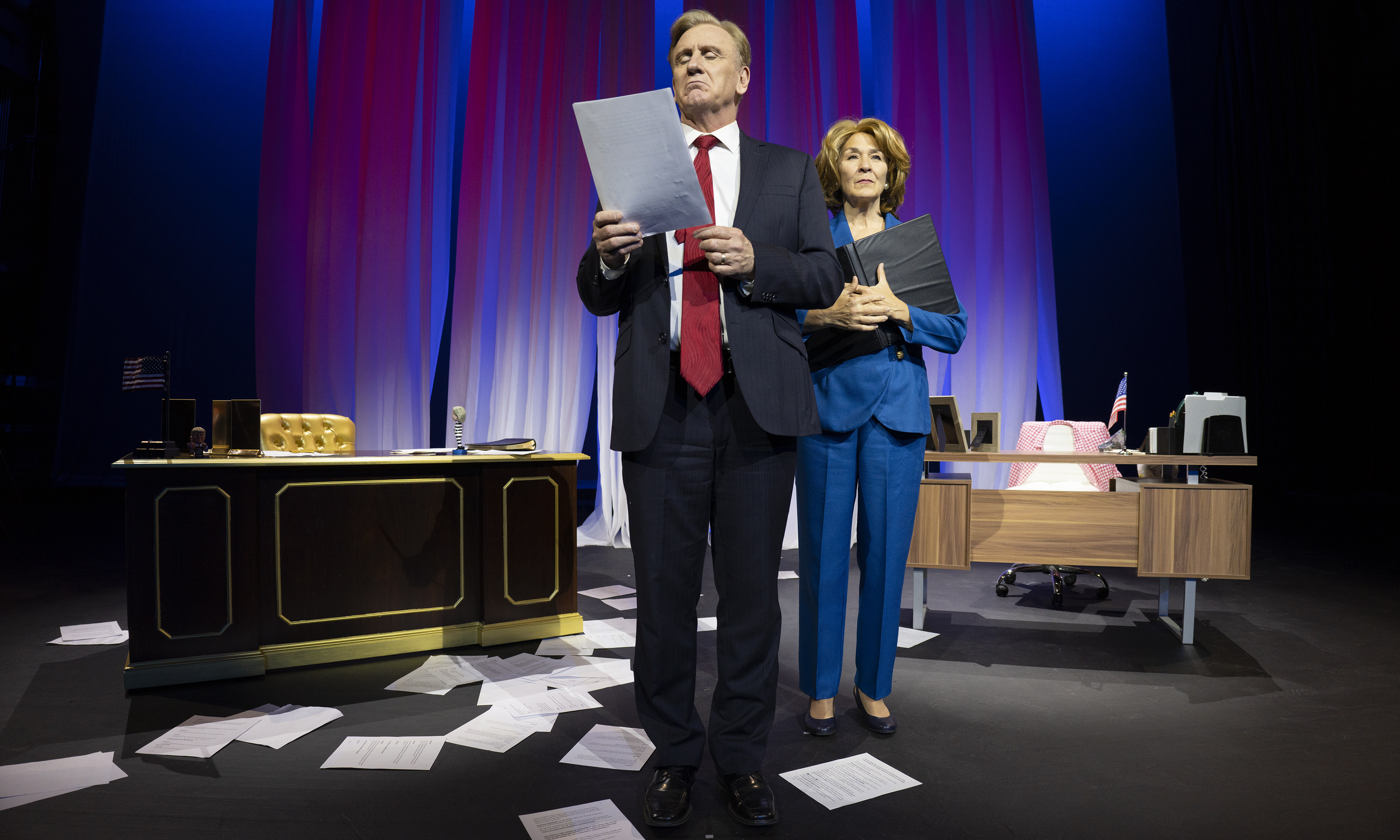 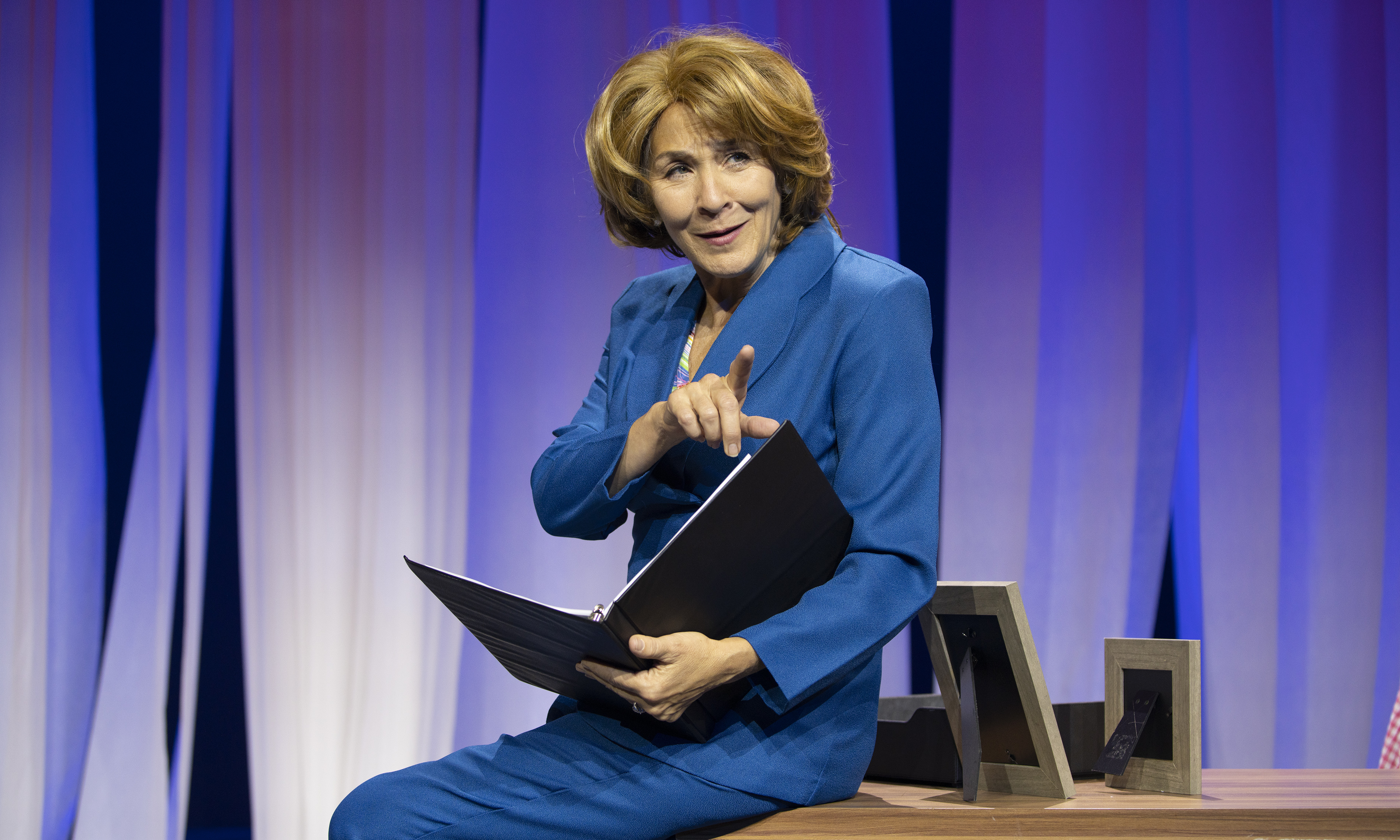 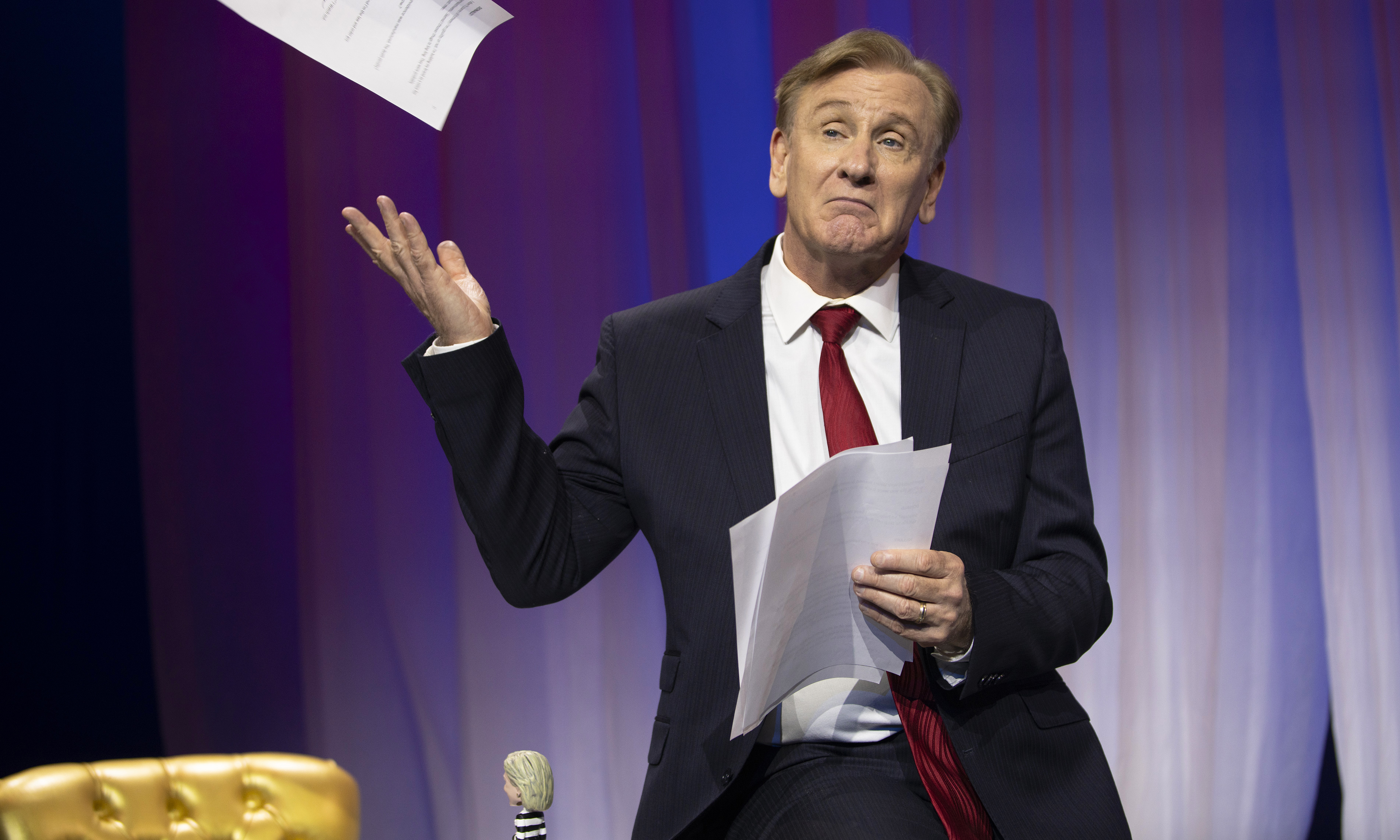