Led by Monageng ‘Vice’ Motshabi, the Distell National Playwright Competition adjudication committee chair, the panel is an opportunity to meet the finalists, hear more about their influences and interests in their artistic practice. We’ll hear about their thoughts around what direction they are considering taking in the further development of the script, and we will consider language use in South African theatre, reflecting on the overall 2022 broader collection of competition submissions. 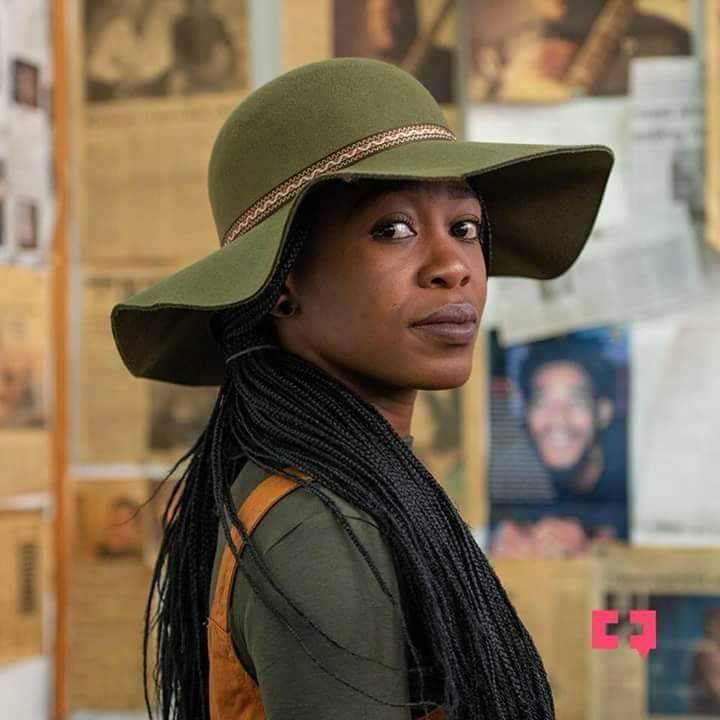 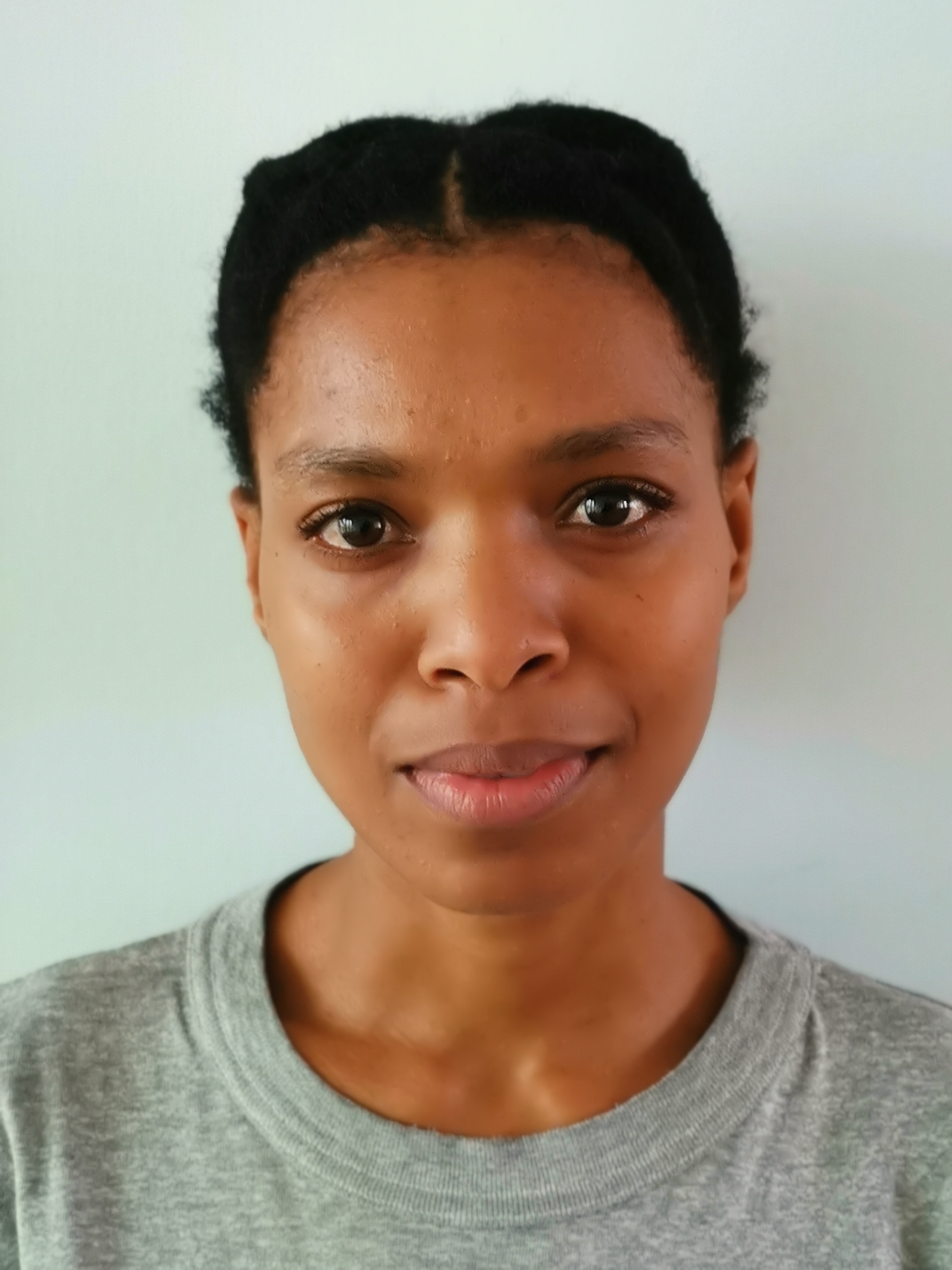 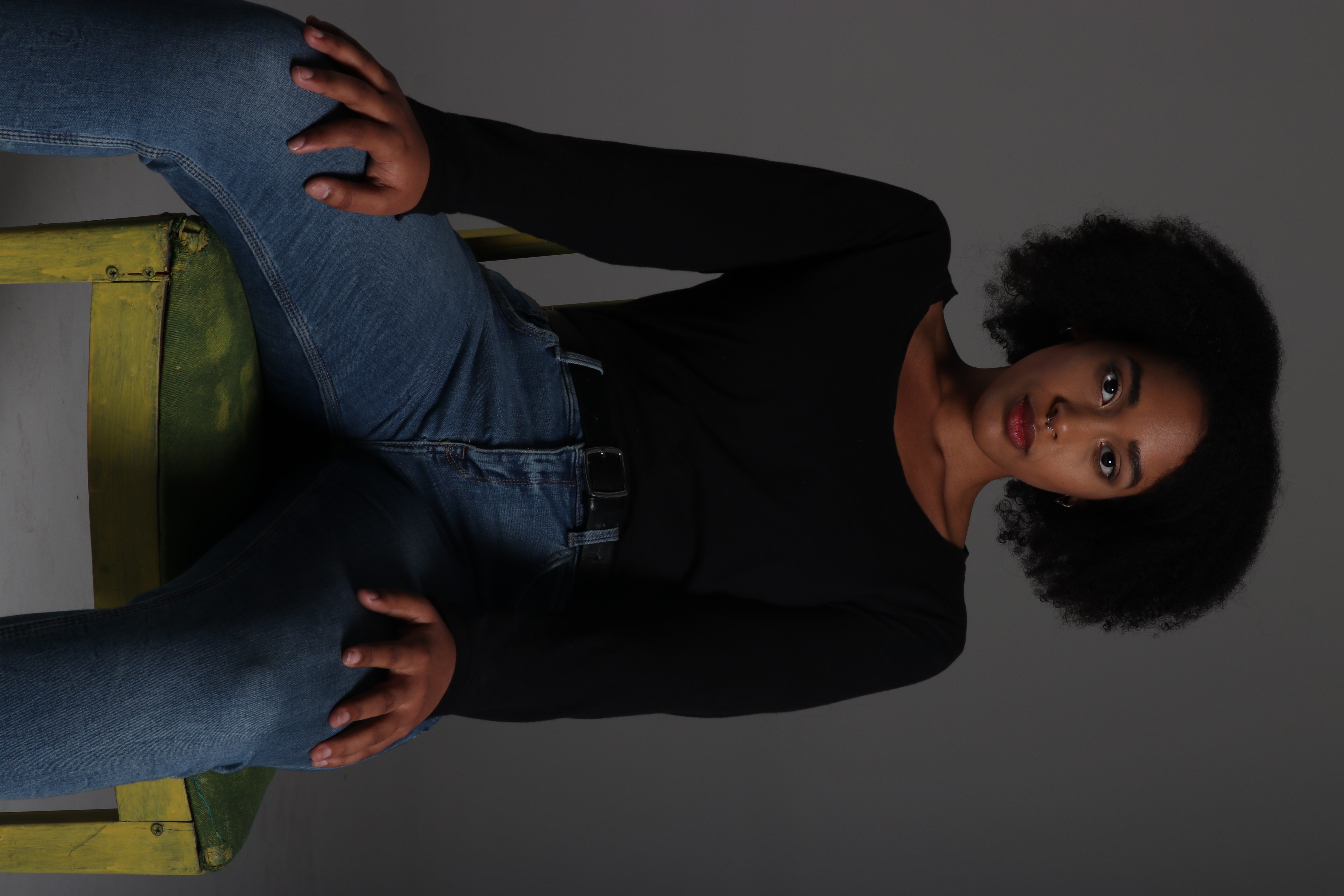 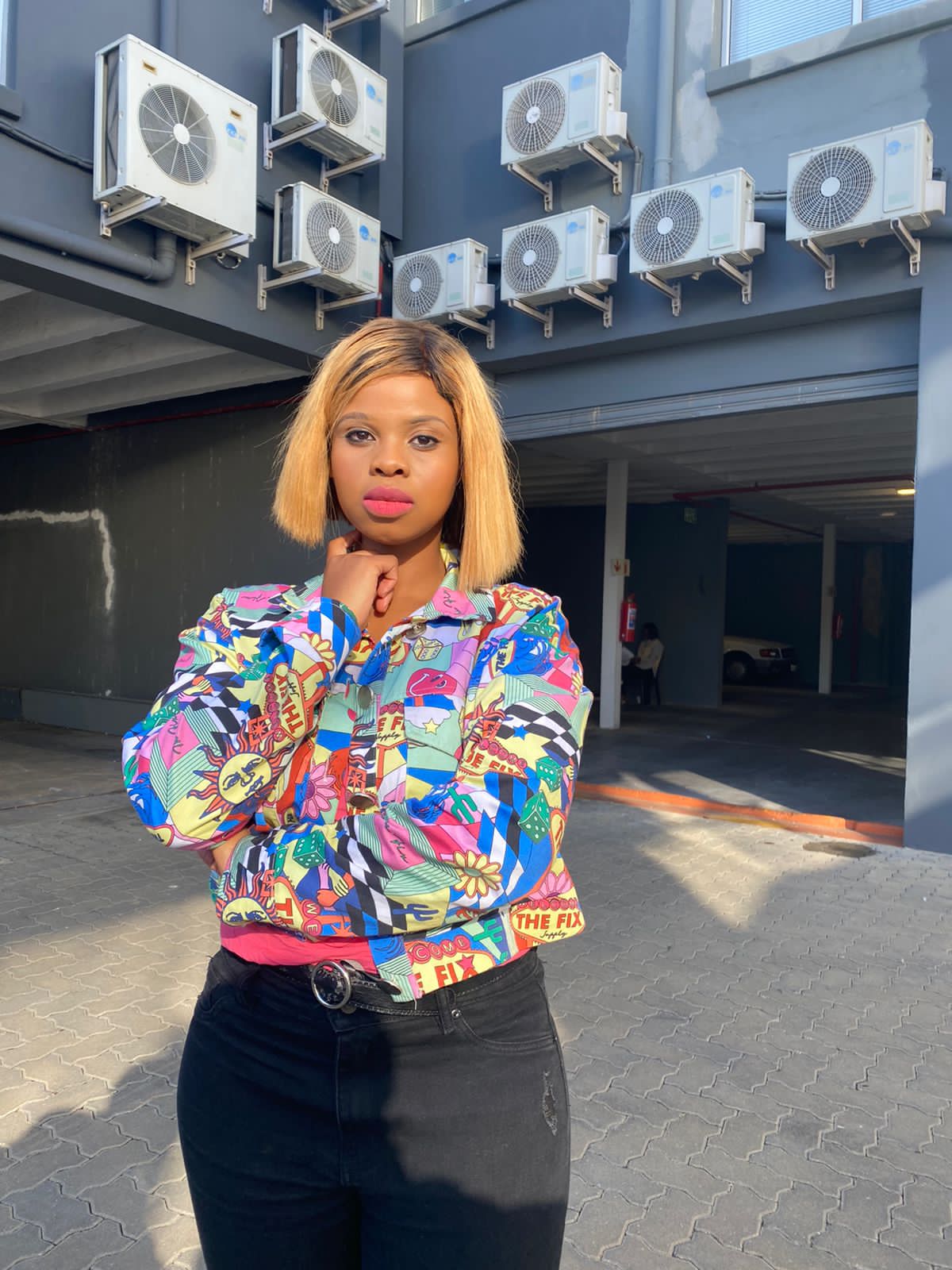 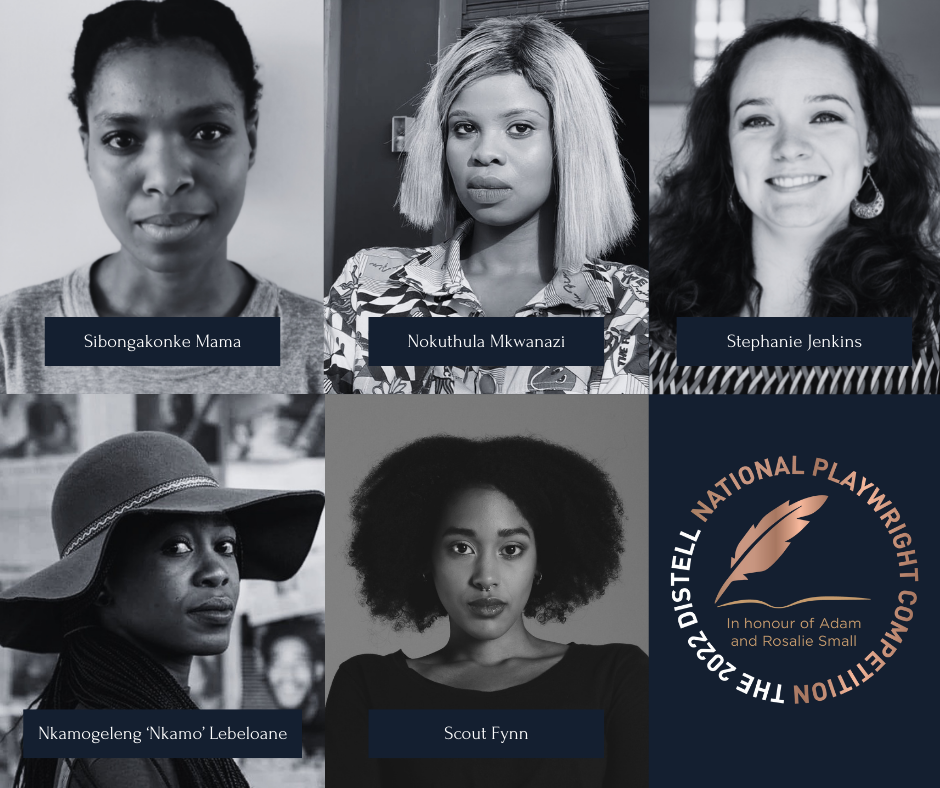 Stephanie Jenkins
Script language: English
Stephanie Jenkins is an emerging playwright, actor, director and academic. She graduated with her PhD in 2022, specialising in museum theatre as a tool to explore the past through performance and creativity. Her recent writing experience includes participating in the 2021 UJ Playwriting Lab and scripting a play in 2020 at the KwaMuhle Museum, Durban, as part of her PhD studies.

Sibongakonke Mama
Script languages: English & isiXhosa
Sibongakonke Mama is a Johannesburg-based writer who grew up in Gcuwa and Cape Town. Her current writing interests are alienation, quiet, hybrid forms, and movement between the spiritual or metaphysical and physical worlds. Her writing has appeared in various South African platforms, including the Mail & Guardian and AmaBhungane, and is forthcoming in New Coin and Nature is Louder. Sibongakonke recently completed an MA in creative writing at the university currently known as Rhodes. She holds a BA from the same university, and an Honours degree specialising in investigative journalism from Wits University.
Facebook: Sibongakonke Mlonyeni-Mama; Instagram: @usibongakonke

Scout Fynn
Script language: English
Scout Fynn, originally from Durban, is an actor, writer, theatre maker and graduate of The Market Theatre Laboratory, who believes in the social and cultural impact that theatre can have on our communities. She has a passion for uncovering untold stories.

In 2019, she performed in two Naledi Award winning productions No Easter Sunday For Queers, which was the 2019 Distell National Playwright Award winning play by Koleka Putuma, directed by Mwenya Kabwe, and her class’s first year production of Eclipsed directed by Sylvaine Strike.

As part of her exploration into creating virtual performances, in 2021 she conceptualised and performed her own online festival “For the Fun of It virtual fest” via Facebook, which she co-curated with Chaunees Bokaba, co-creator of BushBabies Inc, a collective production company and virtual platform which they created last year.

Scout is currently working as a curatorial intern with The Voices Of Women Museum, mentored by Coral Bijoux, which focuses on the retrieval and preservation of South African women’s memory through embroidered story cloths and written narratives. And in her spare time, she is developing her semi-autobiographical play In(hair)itence, which seeks to unpack hair and identity politics in South Africa.
Instagram: scout_fynn; Facebook: Scout Fynn

Nokuthula Mkwanazi
Script languages: English, Afrikaans & isiZulu
Nokuthula Mkwanazi is a quirky, big-dreaming, passionate, focused and vivacious storyteller from the East Rand. She holds an Honours Degree in Dramatic Arts from the University of the Witwatersrand. Mkwanazi describes herself as a creator and preserver of culture through storytelling, Nokuthula states that she has always wanted to be a performer and storyteller growing up. This played itself out in her partaking in school plays, joining the school choir and everything else that involved live storytelling. Apart from this, Mkwanazi has a strong passion for the cultural sector in this country thanks in part to her time working at an art museum, as well as doing traineeships at arts festivals. She is passionate about the arts and culture industry in Africa and would like to see it grow, thrive and become more lucrative.

Some fun facts about Nokuthula:
She founded an initiative to help empower women and children who were victims of violence and abuse. It’s called 100 Boxes of Hope, and it was launched in September 2019, following the brutal rape and murder of Uyinene Mrwetyana. Her initiative was actually covered in P.O.U.T Magazine, an online African magazine, for women by women.
Mkwanazi is an avid fan of the theatrical art of clowning. She shares a birthdate with Nelson Mandela
Nokuthula spent three years writing, editing, rewriting and creating her original play, The Devil’s Intern
Nokuthula is currently a writer and actor on the smash SABC1 dramedy, Makoti (season 2).
TWITTER: @Nokuthula_M
INSTAGRAM: @Nokuthula_M

Nkamogeleng ‘Nkamo’ Lebeloane
Script languages: English, Setswana
Raw, talented 30-year-old Nkamogeleng Lebeloane is a North West, Shakung born creative. The self-taught singer, dancer and writer has found refuge in the edutainment industry.
“Art has proven to be one efficient way to get messages across”. Nkamo Lebeloane
Using writing and composing as a tool, the aim for this journalism graduate is to challenge the world and everything that has become a norm/normal. She thinks that for people to be better they have to unlearn and relearn. But the ultimate goal is to make South Africa and the rest of the world a better living space for women and children by forcing people into introspection.
“Nkamogeleng is such a bundle of talent”-Dr Sello Galane.
Lebeloane won 3rd position in the Nat Nakasa essay writing competition, and she’s written for various media platforms like DRUM magazine, BONA magazine, JournoExpress, YeboStudents, Record Noweto and POWER 987.
She is also a proud writer of a dance production called The Ignored Flow that focuses on the urgency in the free access of sanitary towels in the African continent. Nkamo has also had the privilege of being a panelist for BBC’s #TheSheWord on the ‘TamponTax’ topic.