This webinar focusses on how Covid-19 has impacted, and is impacting, on events in the Eastern Cape. It will look at how organisations and events need to adapt to the ever-changing situation and adopt a flexible approach to their business in order to succeed. Panellists will consider future plans in the light of the pandemic and respond to questions on what they have learnt from recent experiences. Questions from the public are encouraged.

This event is jointly presented by the Eastern Cape Parks and Tourism Agency (ECPTA) and the National Arts Festival. 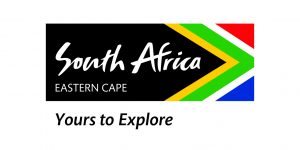 Andrew Binning, CEO of Inkanyezi Events – a South African-based organiser and ’n marketing and communications Company, co-founded the company in 1998.  Inkanyezi organises a number of national & international trade shows and conferences in multiple sectors but most notably in the automotive and manufacturing sectors. More recently the Company has developed software which enables a virtual, 3D, interactive trade show platform which is being marketed internationally. He is an active member of several Business Chambers, The Exporters Club and is the South African Representative for the BRICS & Emerging Markets MICE Co-operation Forum – representing the South African Association for the Conference Industry (SAACI). He has sat on the National Board of The Services Seta, is a Past President of the Exhibitions & Events Association of Southern Africa(EXSA) and African Enterprise.

Keith Bowler was one of the founding members of Ironman in South Africa.  In 2004, together with his partners, he started Triangle Events as a franchise of the Ironman group.  This was initially a half Ironman event.  In 2005 the first Ironman, which consists of a 3.8km swim, 180.2km cycle and 42.2km run, was hosted in Nelson Mandela Bay.  The success of the event lead to the franchise officially becoming part of the Global Ironman Group in 2010, which is the largest endurance company in the world. The Ironman event become became an Ironman African Championship event in 2014, which is one of only 6 championship Ironman events globally.  This event is ranked in the top three Ironman events globally. As Managing Director of Ironman in Africa, Keith has seen this single event grow to 8 events throughout South Africa.  These events include the Ironman African Championship, two Ironman 70.3 events held in Buffalo City and Durban respectively as well as three 5150 events which are Olympic distance triathlons held in Bela Bela, Limpopo, Ekurhuleni, Gauteng and lastly in Nelson Mandela Bay. The events take place from January to November annually and are spread across South Africa in Limpopo, KwaZulu Natal, Gauteng and Eastern Cape.  The Ironman events have a tremendous tourism impact for the various Host Cities.

Marc Mahambehlala is a creative, entrepreneur and Festival co-director. His experience in the arts and culture events industry goes way back to when he was still a young boy in school. With a mother in the events industry, Marc grew up attending national festivals like Macufe In Bloemfontien, Moretele Park Jazz Festival in Pretoria, and Diamonds & Dorings in Kimberly to name a few. This later led to him working at these festivals in his teen years as a runner, usher, backstage assistant, stage manager and media liaison etc. Marc also started and led his schoolmates in high school in putting together school events and functions, those events are still held today and students are ever reminded who started those events. Whilst doing his second year in Marketing, Marc had to leave school due to financial constraints, that is when he decided to pursue his passion for Events and joined Mahambehlala Communications which was then a PR and Publicity company run by his mother Tembi Mahambehlala. On taking up the roles of Project Manager and then Managing Member in the company, Marc took the company to another level by introducing the events management/production element to the company. His enthusiasm and an eager to learn attitude propelled him to senior positions in this cut-throat industry, today he is the youngest Festival Director (Promoter) of one of the country’s annual national cultural flagship festivals. Marc is also one of the founders of the Annual Ebubeleni Music Festival and he has nurtured this event through tough times to where it is today. The inaugural Ebubeleni Music Festival in 2012 attracted 3000 revellers and now in its 8th edition is attended by more than 30 000 people over 3 days from across SA and abroad. Marc’s biggest strength is that he is a stickler to detail and perfection and all his events are incident free and that has earned him respect and praise in the industry.

Glenton de Kock was recently appointed as Chief Executive Officer for the Southern African Association for the Conference Industry (SAACI). He refined his public and private sector strategic management skills during his tenure as Managing Director of Tourism Buffalo City (covering East London, King Williams Town and Bhisho) where he oversaw the development and implementation of the destinations USAID Funded Tourism Master Plan, as Chief Executive Officer of Nelson Mandela Bay (Port Elizabeth, Uitenhage and Despatch) he refocused the organisations operating model, and as Chief Executive Officer of the Eastern Cape Tourism Board, which is now The Eastern Cape Parks and Tourism Agency (ECPTA) he drove the implementation of the provinces international partnerships program. As an Associate Director at KPMG he led the Hospitality, Leisure and Tourism Unit for Africa and South Africa before moving onto Grant Thornton in a similar position. His position as Project Manager at the Nelson Mandela Bay Business Chamber ensured that Business embraces its civil society role by driving a holistic approach which enables business within the Metro to work towards long-term sustainability, though projects such as the Nooitgedaght Low Level Water Scheme and the re-activation for the much needed Addo Road refurbishment.  “Promoting positive community and economic growth in our neighbourhood” is an objective that drives Glenton daily.

Monica Newton is the CEO of the National Arts Festival and Grahamstown Foundation in Makhanda. Before joining the National Art Festival in January 2020, Monica served as the Head of the Gauteng Department of Sport, Arts, Culture and Recreation.  Her career in the public service included fulfilling the role of Deputy Director-General: Arts and Culture Promotion and Development at the national Department of Arts and Culture (now the Department of Sport, Arts and Culture). Appointed to that position 2013, her portfolio included culture and creative industries development and the National Language Service. Monica has worked with national, provincial and local government and related government agencies since 1997 in a variety of portfolios, first as a full-time employee and later as a consultant in her own business. Prior joining the Department of Arts and Culture , she was the CEO of the National Arts Council, a statutory body reporting to the Department of Arts and Culture and established to support and develop the arts in South Africa. As CEO of the organisation she fulfilled the role of accounting officer and took responsibility for the corporate governance, finances and performance of the organisation. Monica holds a Bachelor of Arts degree in Industrial Sociology, Bachelor of Arts Honours in Industrial Sociology and a Masters in Sociology from the University of the Witwatersrand.