Jacques du Plessis and Andrew Duncan began playing as a piano duo in 2011 performing at the Grahamstown National Arts Festival, Hogsback Spring Festival and in recital across the country. They met as undergraduate students at Rhodes University where both earned a BMus with distinction.

Jacques furthered his studies at Rhodes later completing an MMus, while Andrew completed a Bmus Hons and PGDip at UCT. Both have established themselves as young South African performers and are in high demand as collaborative pianists. Jacques has been involved in several musicals and other productions as musical and artistic director, and performer. Andrew spent time as an accompanist and repetiteur for the Gauteng Opera. In addition to these activities, both are passionate about teaching and sharing music. 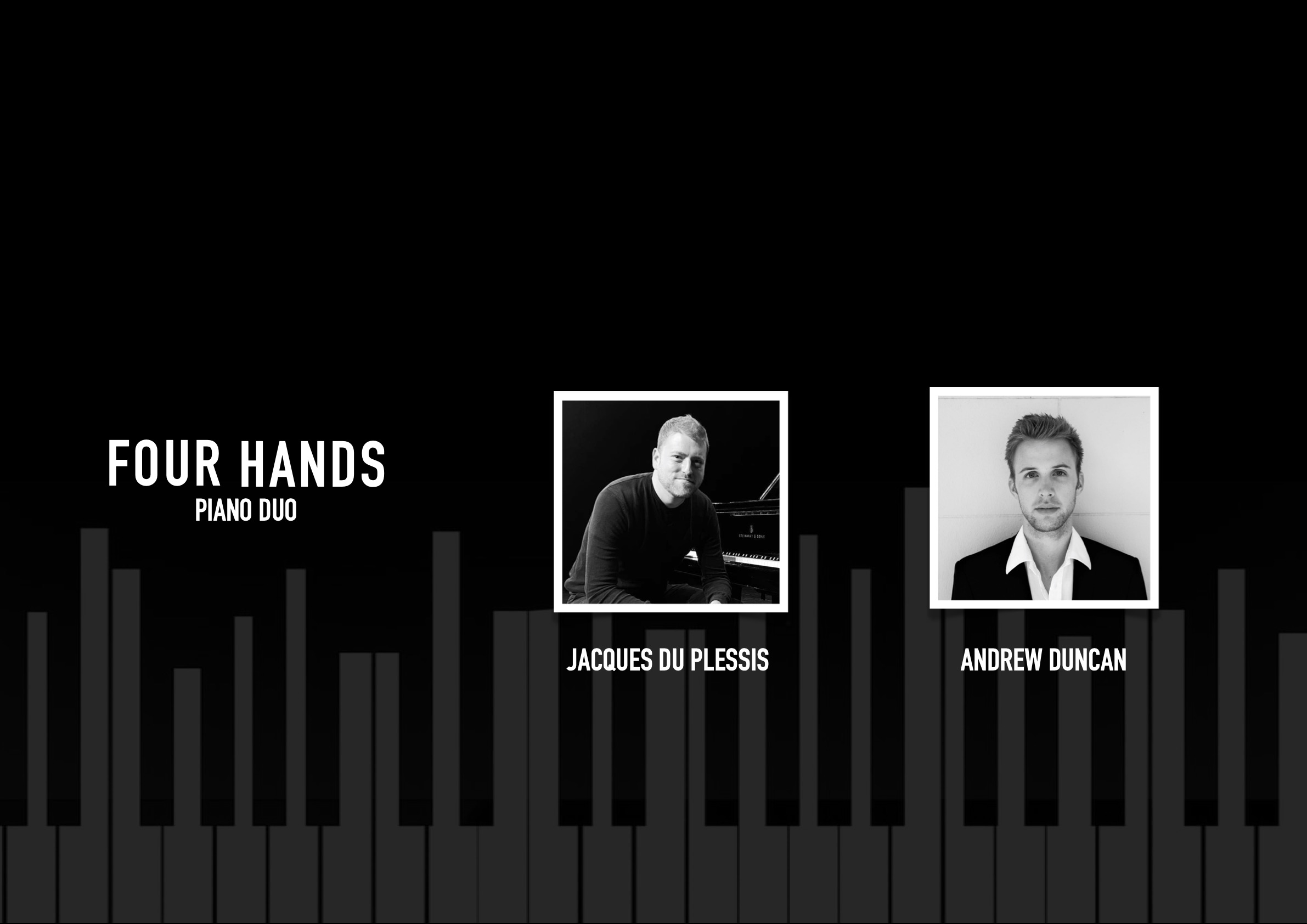