Humans Listen is a collection of human stories we need to hear, told through a marriage of music, poetry and visuals.

It is an invitation to journey with the music and resonate with the narrative, to flow with the visuals and perceive the thread, to listen to the words with humility and understanding. It is to recognise simultaneously, our unique human experience while sensing a greater connection to all.

Stories have a primal and mysterious power. They can draw us into what feels like a definite time and space, a particular character and a unique dilemma, yet offer us the experience of timelessness and universality. Stories expand our perception, our emotions and our thinking. As we create our own stories, our stories create us too…they heal us and lift us to a place of reflection and higher purpose.

We release our attachment to the stories, in faith, we invite you to listen and make from them your own…

Stacey van Schalkwyk Naidoo
Stacey is a cultural architect, composer, flautist, researcher, and educator. She has performed in many local and international festivals, as well as for Nelson Mandela’s birthday. After her son was born she took time away from performance – which ended up being a 2-decade hiatus. In 2019 Stacey returned to the stage, with the Bolling Suite for Flute and Jazz Trio at Artscape. Since then, she co-founded the BeatRootz YouTube channel and has been working as a composer, director and flautist.

Lethabo Makweya
Lethabo is a dynamic performing artist who is currently studying for a Bachelor of Arts Degree, majoring in Dramatic Arts, as well as Organisational Psychology. Drama is her passion, especially performing arts. She has been in several productions for the Rhodes Drama Department, including Theatre in Motion, Young Directors Season and many more minor productions. She is a member of MEQOQO- a playback theatre group that focuses on improvisational theatre.

Yashin Naidoo
Yashin is a young filmmaker, photographer, producer and multi-instrumentalist based in the Eastern Cape, South Africa. While photography was his first introduction to the creative industry, he soon found that his main interest lay in creating work that merged his various skill sets. He co-founded the BeatRootz YouTube channel, as well as expanding his photography and production work across various social media creative platforms.

Aviwe November
Aviwe is fast making a name for himself as a dancer and choreographer. He started his dance training at the Rural Outreach Programme in Zolani, Montagu. His talent soon got him noticed and he received a three-year scholarship to attend the Cape Academy of Performing Arts. After graduating he has attended two prestigious summer scholarship programmes at the Washington Ballet School and Alonzo King LINES Ballet in San Francisco.

Erin Powers
Erin Powers is a multi-talented, 16-year-old, aspiring actor, musician and dancer, presently schooling at the DSG in Makhanda. She is a trained dancer, in ballet, tap and modern. In 2017 and 2018 she performed at the National Arts Festival with Movements Dance School. Erin plays multiple instruments, including primarily the saxophone, and is preparing for her Trinity Grade 8 practical exam later this year. She also plays in the Eastern Cape Wind Orchestra.

Mageshen Naidoo
Award-winning guitarist and composer, Mageshen is an Associate Professor of Music at the University of Pretoria and Coordinator of Jazz Studies in the School of Arts at UP. He is President of the South African Association for Jazz Education and a graduate of the University of Southern California, Los Angeles.

Lex Futshane
Lex is an internationally proclaimed electric and acoustic bassist, prolific composer, arranger, performer and educator. He is a music graduate from the University of Kwazulu-Natal and currently lectures the ensemble and arranging classes at Wits University. He founded LEXtet, an exciting ensemble playing original compositions and new arrangements of jazz standards. The band released an album titled “Innocent Victims and Perpetrators.”

Albert Combrink
Albert Combrink is a classically trained pianist with special interests in Tango, Opera and accompaniment. Since graduating with a Master’s Degree in Classical Piano Performance and completing Licentiates in Accompaniment, Teaching and Performing, he has distinguished himself in various fields, both locally and abroad. Performances at the Leipzig Gewandhaus and Singapore are highlights. His operatic interests took him to the UCT Opera School, Cape Town Opera and the Isango Partabello company which won a London Critics’ Award for Mozart’s “Magic Flute”.

Debbie Mari
Debbie is a Durban-based vocalist and pianist. She is a Lecturer in the Jazz Studies Programme at the University of KwaZulu-Natal, School of Arts and is the Project Manager of the UKUSA Arts Programme. Debbie describes herself as a musician, teacher, community music practitioner and mother of two wonderful daughters.

Deon Krishnan
Deon is a sought-after bass player, guitarist and producer. He is based in the UK, performing and recording with various musicians including Dave Whiffin, Anna Reay and Michael de Jager.

Chantal Snyman
Chantal is an artist, activist and facilitator. She has and continues to, explore and manifest her creative impulse and natural curiosity through the processes of theatre-making, directing, playwriting, poetry, puppetry; visual art and drama facilitation. She is passionate about self-directed and lifelong learning and belongs to communities of alternative and imaginative learning. Chantal engages in the artistic process, to ask questions of herself and others, and to facilitate ancestral healing and recovery. 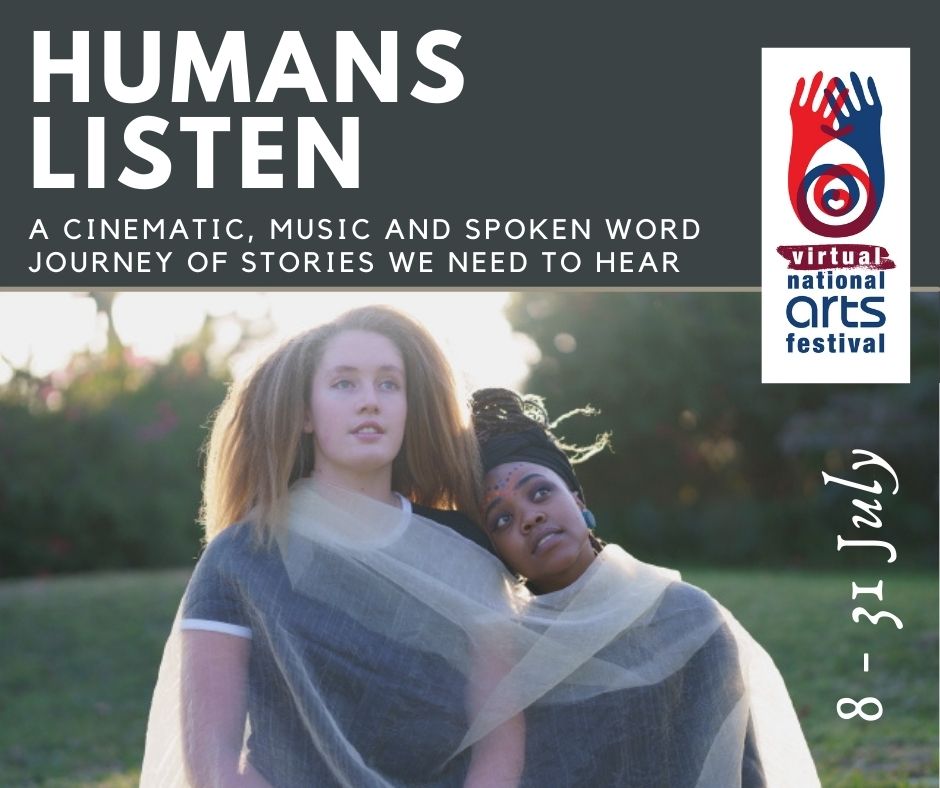