Presenting an unforgettable tribute show of the key iconic divas and their brilliant songs: Expect the amazing range of timeless classics from Whitney Houston (I wanna dance with somebody), Mariah Carey (Hero) to Beyonce (Love on Top), Chaka Khan (I’m every woman) and MANY more.

Leading the show with her amazing vocals is Monique Hellenberg (known for This is How It Goes by Goldfish), who has the powerful energy as well as the smooth R&B and Soul to her voice. Accompanying her will be an exciting live band as well as backing vocalists. It will be hard to resist singing along and tapping your feet all the way through this interactive show! 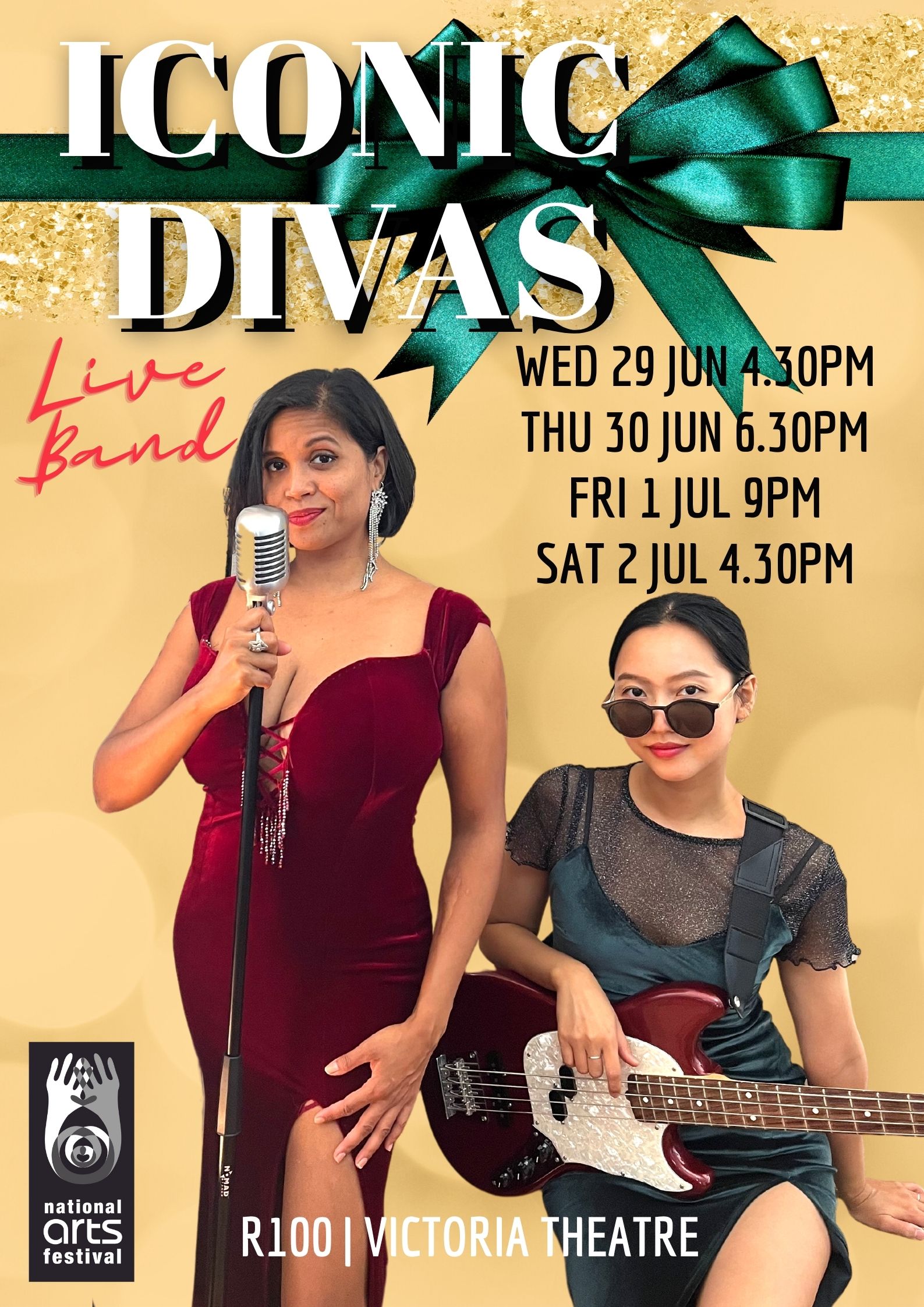 Iconic Divas features seasoned session musicians from Cape Town, all of whom are artists in their own right and have toured locally and internationally.

MONIQUE HELLENBERG is a SAMRO award-winning singer and a jazz singing lecturer at UCT. She has recently returned from International 5-Star Hotel Residency performances in China, Thailand & Bahrain. Her diamond-quality voice is probably best-recognized in SA NuJazz Group, Goldfish’s, first Number 1 Hit, “This Is How It Goes” as well as “The Voice SA Competition 2017”. Having studied a variety of styles of music all over the world in the formats of: Cuban Music Summer School, Tuscan Musical Theatre Project, Bobby McFerrin’s “Circlesongs” Course & Cape Town School Of Songwriting, Monique is a versatile singer, masterfully yet seamlessly meandering from genre to genre. She has recently released her Debut E.P., “Finally Free”, as well as new single collaboration with “Coloured Black” called, “Keep Walking”. Her music is available on popular digital platforms including Apple Music, Spotify & YouTube.

YOHAN CHUN is a South Korean pianist, vocalist and a multi-instrumentalist. She is comfortable working in many different styles and is well-known in the classical, jazz, popular, opera & musical theatre circuits. She has toured Asia playing keyboards in an international production of “The Sound of Music” & was also chosen to attend a piano symposium in Freiburg, Germany where she had received masterclasses from renowned international pianists. She has played as a soloist in venues such as, the Baxter Concert Hall & Artscape, as well as the Durban & Cape Town City Halls. Yohan has a BMus (Honours in Performance – UCT) & was the Winner of the FMR Bursary Competition & the Grahamstown National Music Competition.

FRANCOIS BOTHA is a pianist, double bassist and a vocalist, and is active in the classical & jazz music scenes. While pursuing his career as a solo artist he is also an experienced accompanist & collaborator and has worked with some of the finest artists in the country and abroad, including Andrea Bocelli & Stephen Hough.
He has toured Asia with International productions such as “The Sound of Music” & “Phantom of the Opera” and has performed in venues such as The Concertgebouw in Amsterdam as well as the Philharmonie & Konzerthaus in Berlin. Francois has a BMus (Honours in Performance – UCT) & was the Winner of the FMR Bursary Competition & the National Ensemble Competition.