His name is J.Bobs. He is a multifaceted artist. Known mostly for his directorial and literary works, J.Bobs also takes to the stage in capacities beyond game show host. He also Raps! He makes Hip Hop music.

He is of course a dramatist, and this skill and capacity plays out in a curious fashion when he creates music. He has developed a variety of personas to explore his musical exploits and at the fore of his debut album offering are: J.Bhoboza! and J.Bhozza!

J.Bhoboza! is from RBK (Rosebank Killarney), in the suburbs of Johannesburg. He is the ever SWAGGER OVERLOADING “Lord of the Skrrr Skrrs”.

J.Bhozza is from 1852/Ndofaya (Meadowlands), in the township of Soweto. He is the ever SHARP FEDERE belching “Nkunzi yaseMakasana”.

In this three way, multiple character, concept album – J.Bobs (the narrator), uses his two character archetypes (and other JB cameos) to explore the varied layers of the societal disparities in the landscape of contemporary South African existence.

At #NAF21, J.Bobs, joined by the dynamic Ub’Dope Shishini Ensemble, will be launching this album in a live and interactive webinar – with a stellar performance of SWAG meets GONG. This Virtual Album Launch is a press release, wherein attendees and participants will also be allowed an opportunity to engage with the music and the characters. There is a grand universe forming here – and you are invited to witness the anchors of its menjik.

Here it is. The long awaited album of the “Maker of the Pots”. Launching at the National Arts Festival. Proudly supported by Standard Bank. 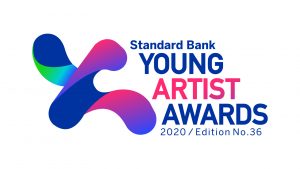 Tshabalala is a writer, director, performer, and the founder and owner of the live arts production house, Kiri Pink Nob Arts (Pty) Ltd. As an entrepreneur, he is a founder, an investor and a developer of strategic models – among a plethora of other business hats. As a teacher, he is first a keen student, then a lecturer, a performance coach and a workshops facilitator – among a slew of other education hats.

He is the current Standard Bank Young Artist of the Year for Theatre (2020/21).