The award-winning drama is based on the best-selling and debut novel, Kamphoer, by Francois Smit and the non-fiction publication, The Boer Whore, by Nico Moolman.

Based on a true story, Prinsloo appears in the challenging role of Susan Nell, who faced an unspeakable ordeal during the Anglo-Boer War (1899 – 1902). Susan and her mother end up in the Winburg concentration camp where she is brutally raped and left for dead by two British officers and a joiner.

She survives the ordeal, escapes the camp and is hidden in a cave by a Sotho couple, who nurse her back to health. She later qualifies as a psychiatric nurse in the Netherlands and then travels to England during the First World War to serve at a military hospital for shell-shocked soldiers. Her path crosses with one of her rapists, now a patient, and Susan is once again confronted with the pain and humiliation of her past.

One of South Africa’s best-known actresses and personalities.

Current
In July 2019 the production Kamphoer – die verhaal van Susan Nell, directed by Lara Foot, opened to great acclaim in Bloemfontein.
This production, for which Prinsloo received the 2020 kykNET Fiësta award: best performance in a solo production, is touring the country.
Sandra has just finished filming the second season of Openbarings which she presents for VIA TV.

General:
After matriculating at Afrikaans Meisies Hoërskool in 1964, Sandra completed her BA Drama in 1967, as well as her Honors degree in 1968, both at the University of Pretoria in 1967.
She joined PACT’s Afrikaans acting company during this same year, and remained there until the Market Theatre opened in Johannesburg seven years later. After performing in this theatre’s two opening productions, she started her freelance career.

After seeing Sandra perform in “Koffer in die kas” at the Civic Theatre, Barry Ronge from the Sunday Times wrote: In Japan, when the power and value of artists to the cultural life of the country are deemed to be at their height, they are declared ‘national treasures’ – an honour for which Sandra Prinsloo is long overdue.

Her stage and film career spans a period of 45 years. During this time she has performed leading female roles in the plays of renowned international dramatists and of local South African playwrights, totalling over 100 different productions to date.

She has also established a reputation as an outstanding actress in many countries overseas, including England, France, Germany and the United States. De Kat magazine named Sandra as one of the 100 most influential people in South Africa.

Besides Sandra Prinsloo’s popularity as and actress and artist, she is certainly one of the most controversial personalities in the local world of entertainment. Her involvement with and concern for the racial situation in South Africa is well known beyond the borders of this country. Her appearance in the title role of Miss Julie opposite black actor, John Kani in 1985 met with bomb threats and violent assaults. She was the first South African white actress to appear on stage in love scenes with a black actor. As a result of this, she was ostracised by many of her countrymen.

Sandra was been honoured by kykNET Fiëstas 2019 for her Lifetime contribution to theatre.

In 2018, Sandra received her fifth lifetime achievement award, when the University of Stellenbosch awarded her an Honorary Doctorate degree.

Other recent awards:
Western Cape Minister of Cultural Affairs Special Award 2015: Outstanding Achievement of Women in the Arts and Culture.

The Presidency’s Order of Ikhamanga: for excellent contribution in the field of performing arts and for using creative arts to take a stand against racism. 2014

Business Award:
Sonqoba Simunye (We shall conquer together) winner of the IPM 1995 award – silver, for best training video.

Other:
Miss Prinsloo has received an award from the Blue Fountain Club of Soweto for her contribution to the Black film industry in Southern Africa.

Twice the West Rand bestowed a further honour on her for the most popular actress in South Africa.
She received the prestigious award from the Academy for Art and Science for her lifelong contribution to theatre in South Africa.

The University of Pretoria bestowed the Alumni Award on Ms Prinsloo. 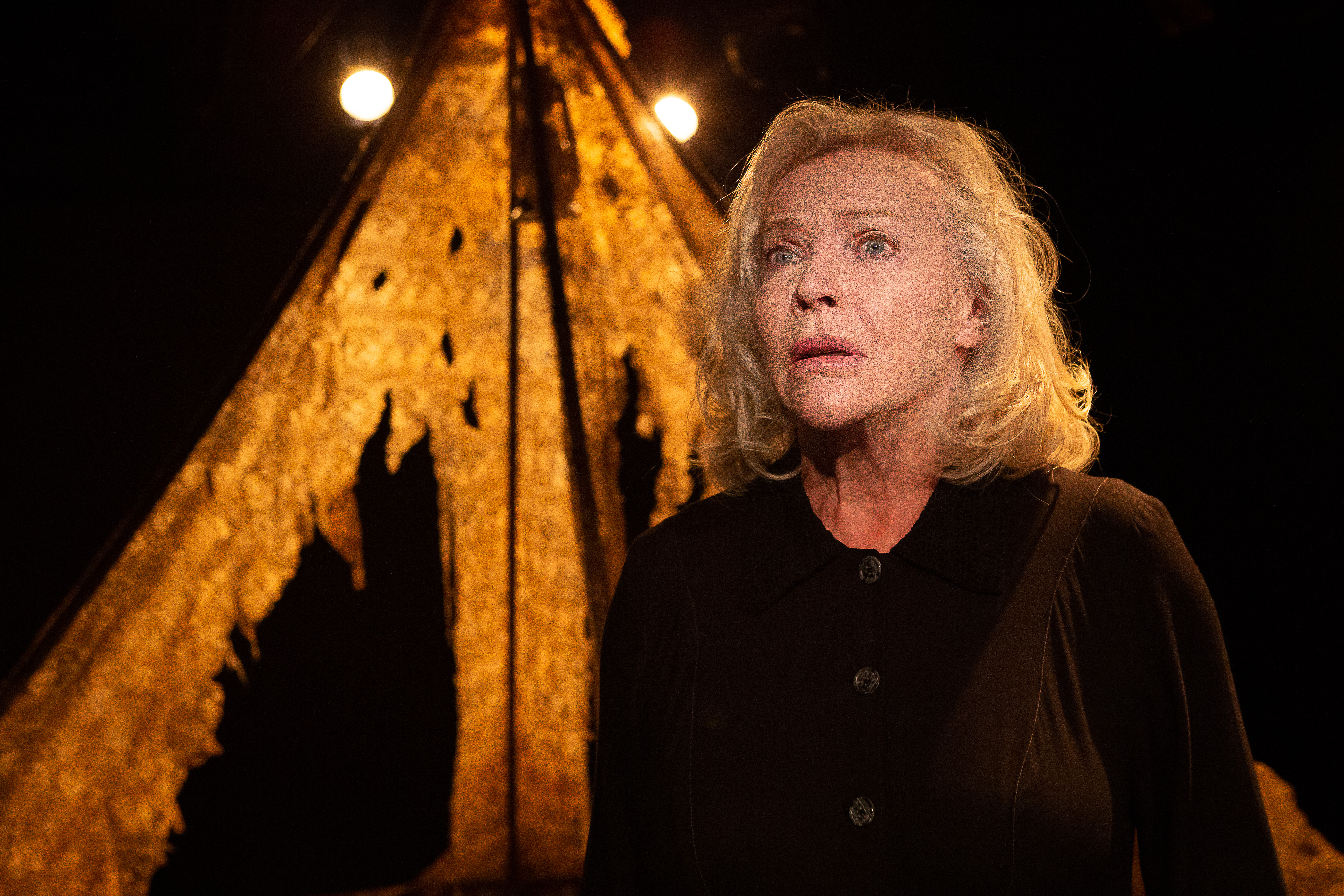