This solo act consists of 3 skits, 6 songs, and short funnies in between. Over the course of the show, Corinne takes on the personas of different characters – and sometimes more than one in the same skit – including a dominee, a guru, a sangoma, and Leonard Cohen, amongst others. Each piece flows smoothly into the next with some introduction and detail about the origin of the song and the motivation behind it. 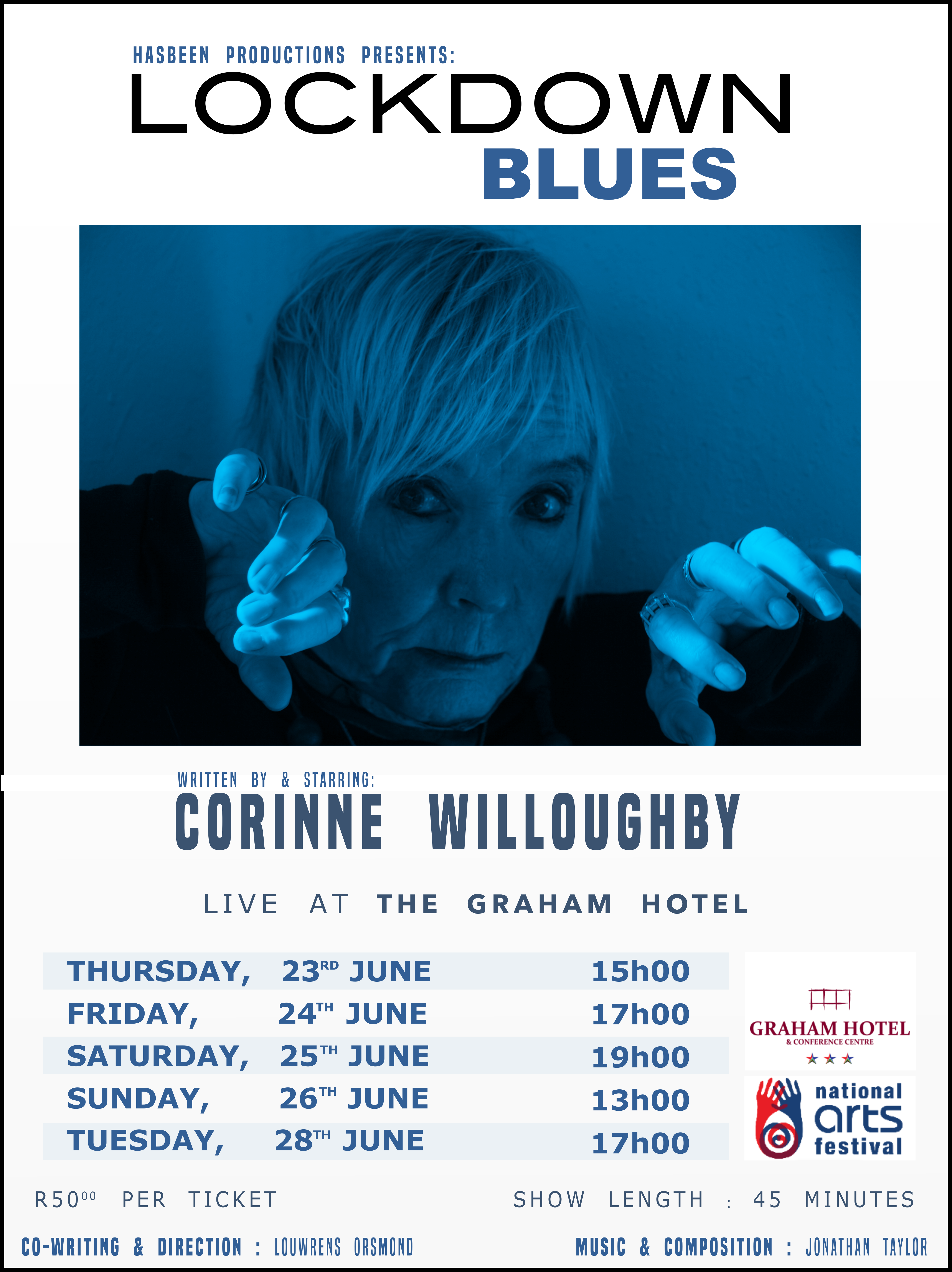 Corinne Willoughby was born in Eastern Cape and raised in Cape Town. She attended Maas/Philips college of drama. She has performed at The Space Theatre, and The Baxter with various shows for Pieter Toerien. She has done many radio dramas, and has TV credits on Big City Beat and Justine Imagine. Previous National Arts Festival performances include Love Letters, Its perfectably acceptable in the Cape, Two Blue Ticks, Im not going to rehab Im going to Mauritius, and Living it up at The Heartbreak Café.