Join us for a conversation with composer, Neo Muyanga, as well as the performers, Lungiswa Plaatjies, Matthijs van Dijk, Graham du Plessis and David Lubbe from Concert 3 of the Digital Indaba.

The concerts were a hybrid series presented during Covid times earlier in 2021. They celebrated composers and connected artists and audiences, all during a time of great disconnectedness.

This conversation is an extension of the concert series.

Neo Muyanga is a composer, sound artist and librettist. His work traverses new opera, jazz improv and African song idioms. He is co-founder of the acoustic guitar duo, Blk Sonshine (with Masauko Chipembere) and the sound art platform, Pan African Space Station (co-founded with Ntone Edjabe). His recent compositions include The Heart of Redness (2015) – an opera adaptation of Zakes Mda’s novel; MAKEbdA – an oratorino commissioned by the Stellenbosch International Chamber Music Festival (2019); and lately, How Anansi freed the stories of the world (2021) – a chamber opera currently in production at the Dutch National Opera & Ballet. Muyanga has released 9 records including Toro tse Sekete (2015) and MAKEdbA on vinyl (2019). He is an alumnus of the Berliner Künstlerprogramm, des DAAD. A Maze in Grace is a multimedia installation developed for the São Paolo biennale of Art in collaboration with The Liverpool Bienial of Contemporary Art during 2020/2021. Muyanga has published research papers in publications such as the South African Theatre Journal, the online journal HERRI and other literary platforms.

Lungiswa Plaatjies is a musician, singer and composer. Born and raised in Langa Township in Cape Town, she started singing at the age of eight years old before becoming the lead vocalist of Amampondo. She has toured extensively around the world and released her first solo album, Lungiswa, in 2000. After spending time digging deeper into the foundation stones of African music and Xhosa dance (Umxhentso), Lungiswa released her second solo album, Unonkala produced by Don Laka. In 2002, she was nominated for Best Newcomer and Best Female Vocalist at the SAMA awards and was also nominated for two Kora awards. Lungiswa says, “When I was young. From the time I was in school, music was my passion. You know when you grow up and everyone asks, “What do you want to be?” I was like, “I want to be a musician!” That was my dream. I’m living that dream now.”

Matthijs van Dijk is a composer and arranger, as well as an active chamber and orchestral musician. Van Dijk has written several commissions for numerous chamber ensembles and orchestras, such as the Carnegie Hall affiliated Decoda Ensemble, amongst others. His composition awards include the Priaulx Rainer Prize and the SAMRO Overseas Scholarship. In 2005 he received a Kanna Award nomination for his work with Karen Zoid and the Sontonga Quartet. As Composer-In-Residence at the Stellenbosch International Chamber Music Festival, van Dijk collaborated with Rivonia trialist and freedom fighter Denis Goldberg, with their piece, Moments In A Life. In 2018, van Dijk was Co-Composer-In-Residence at the Johannesburg International Mozart Festival, sharing the residency with long-time collaborator Lungiswa Plaatjies. In 2019 van Dijk launched his ongoing podcast “The South African Composers Archive”, showcasing the incredibly varied musical voices the country has to offer.

Graham du Plessis completed his Bachelor of Music (Hons) at the University of Birmingham. He completed his MMus specialising in cello performance at the Royal Welsh College of Music and Drama. He was the recipient of the Eifion Evans award for musical excellence and the winner of the Cardiff Violins chamber music competition. He was also a runner-up in the BBC Proms Young Composer competition. After his studies Graham enjoyed performing chamber music throughout Europe and the UK. He played with British orchestras including the Royal Liverpool Philharmonic Orchestra, the Bournemouth Symphony Orchestra, the BBC National Orchestra of Wales, and others. Graham has recorded film and TV music for the likes of Universal, and for a number of contemporary artists. Upon returning to South Africa in 2017, Graham has enjoyed freelance work, regularly performing with the Cape Philharmonic Orchestra, and, is the cello Lecturer at the University of Cape Town.

David Lubbe is a Cape Town based pianist working in many different genres. David studied piano at Stellenbosch University with Nina Schumann and Luis Maghalaes. After completing his degree, he took a detour through the accounting industry for almost 15 years before returning to music full-time. He currently works at the South African College of Music as a vocal coach and accompanis, and performs regularly around Cape Town as a chamber musician. David won the Edgars Baby Competition in 1983. Some of his recent performance credits include ANGELS ON HORSEBACK: RELOADED, band member of singer, Vasti Knoesen at Stellenbosch Woordfees, performance at the 27 Club, with Dani and The Lion, in Some Days at the Alexander Bar, and in the musical comedy, The Pitch. 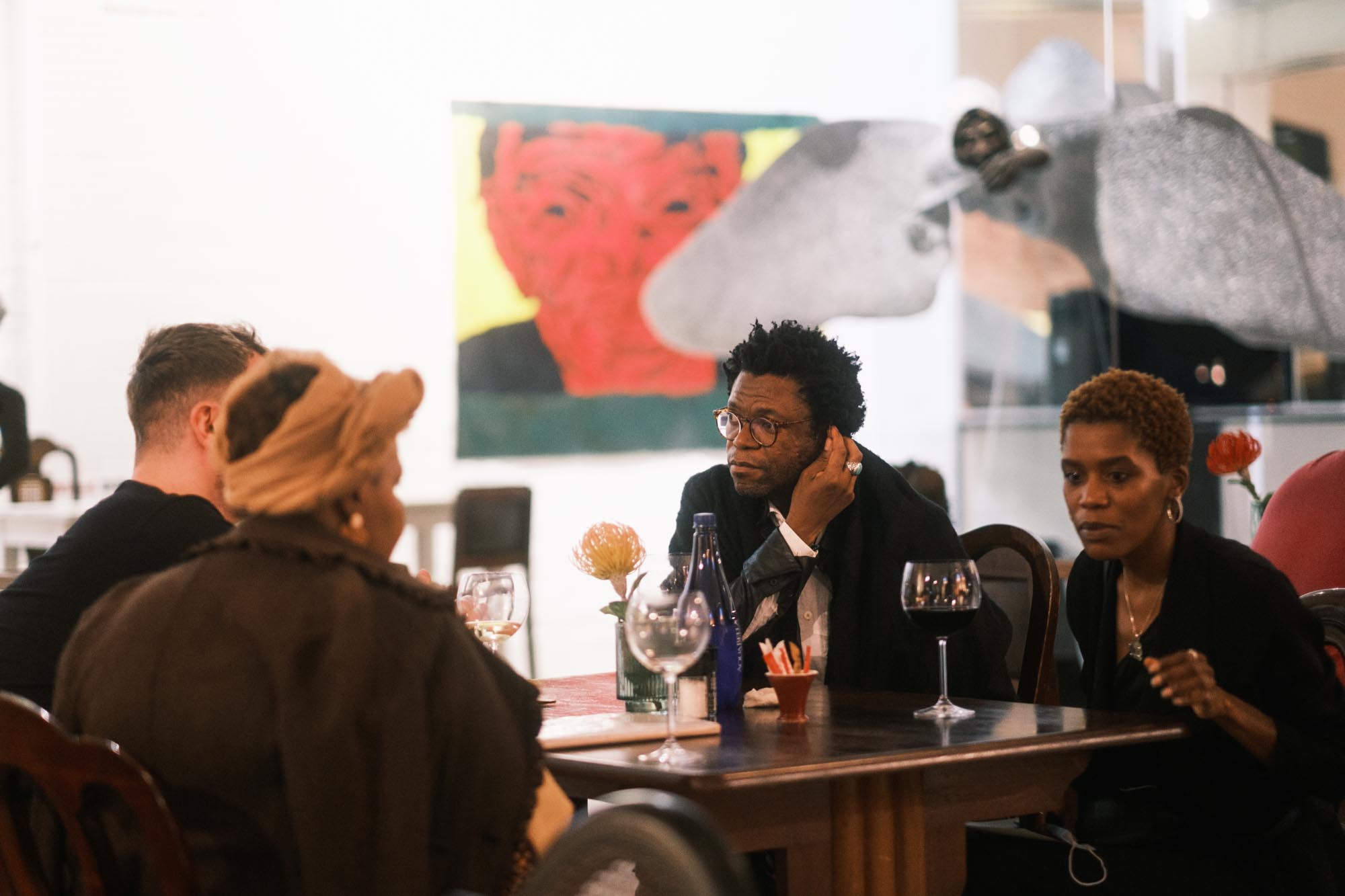 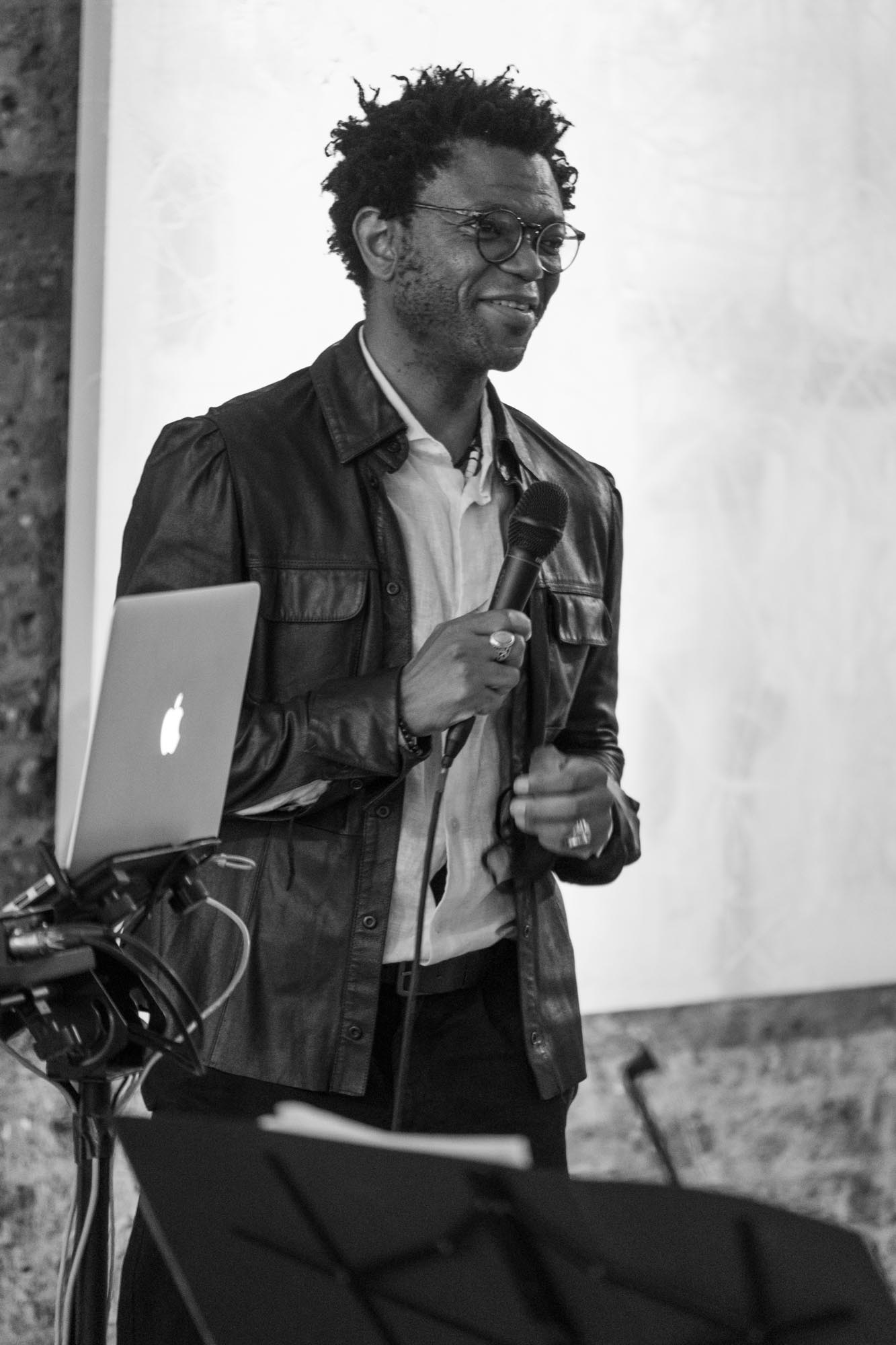 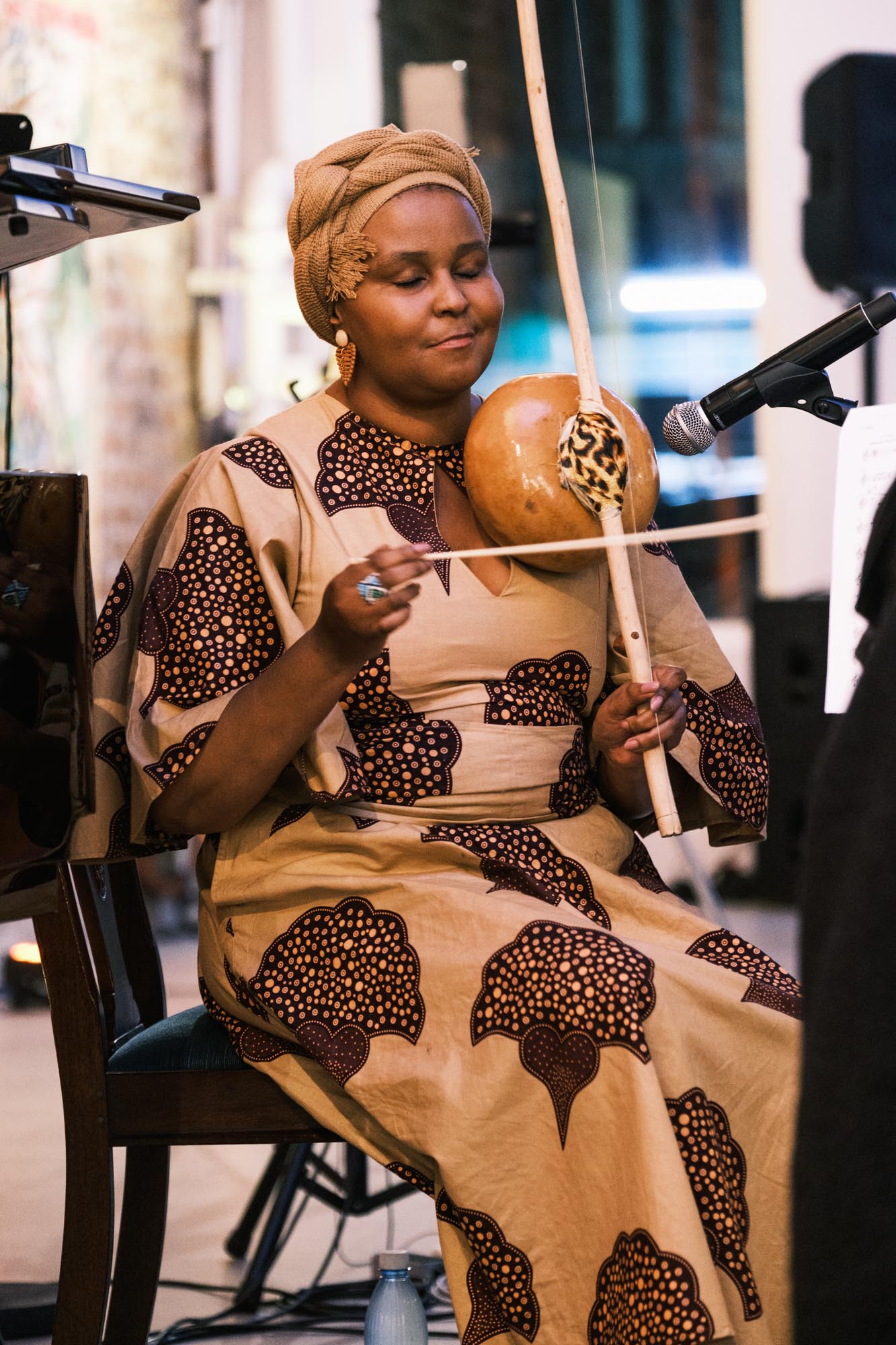 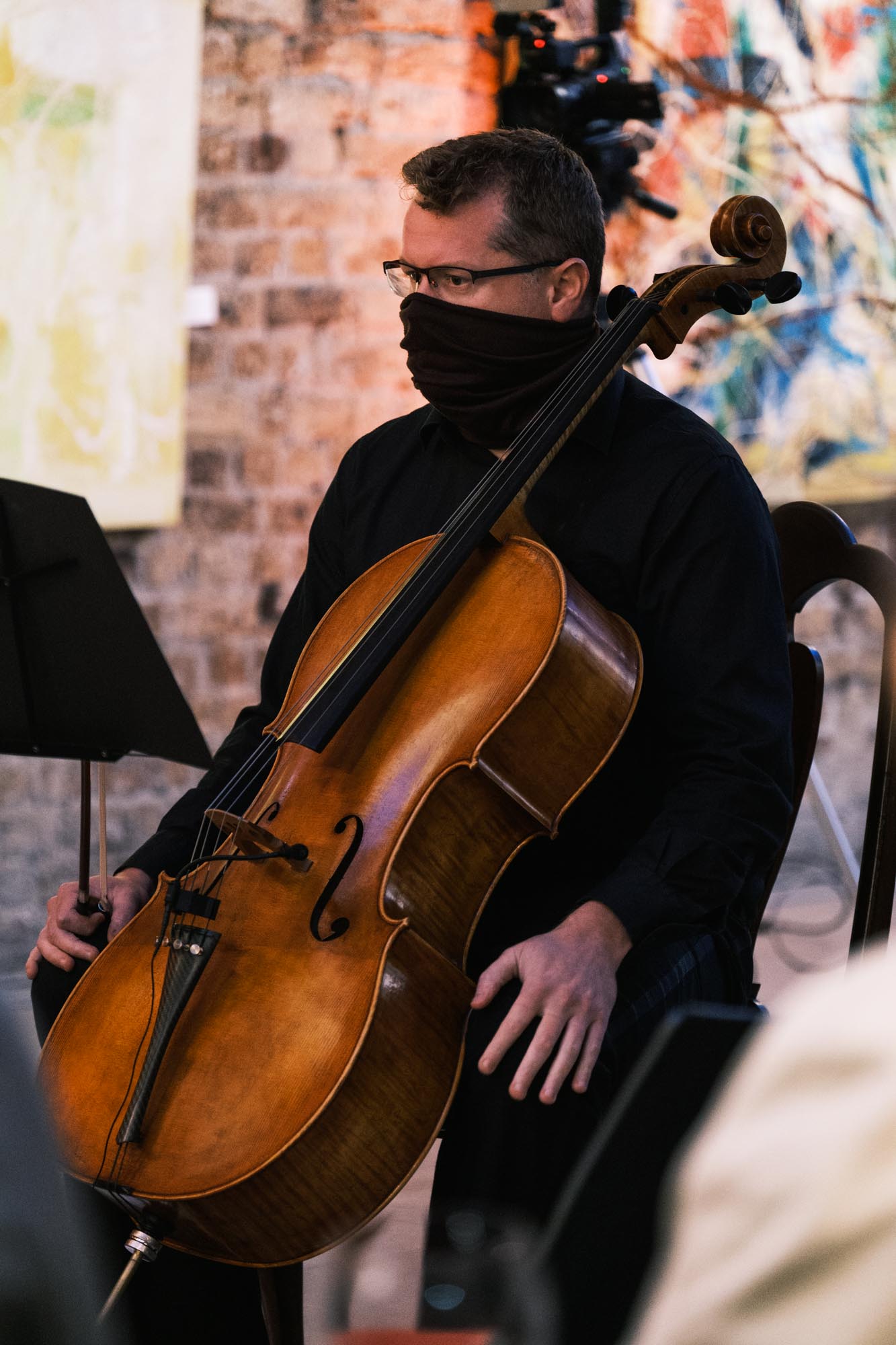 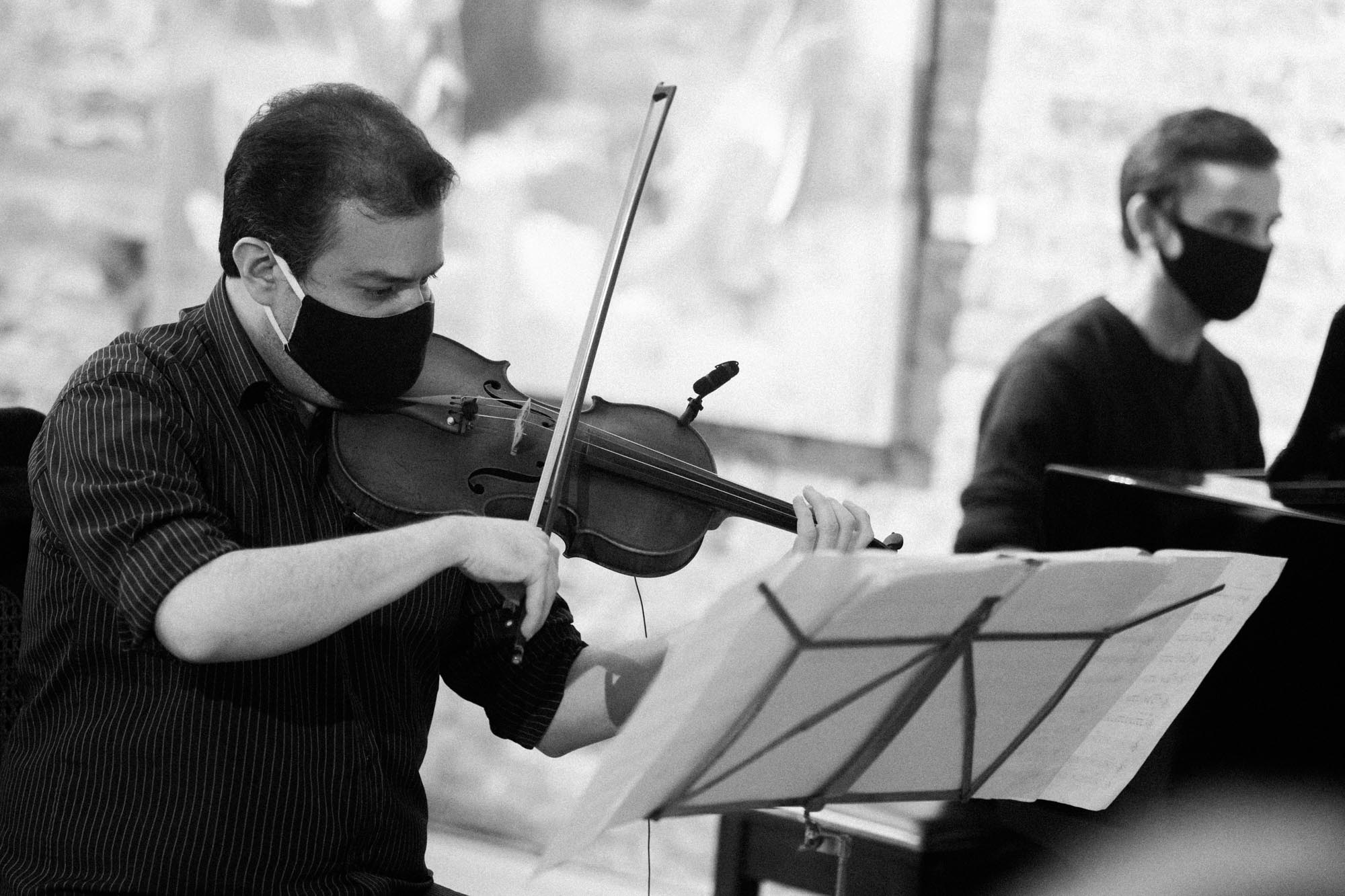 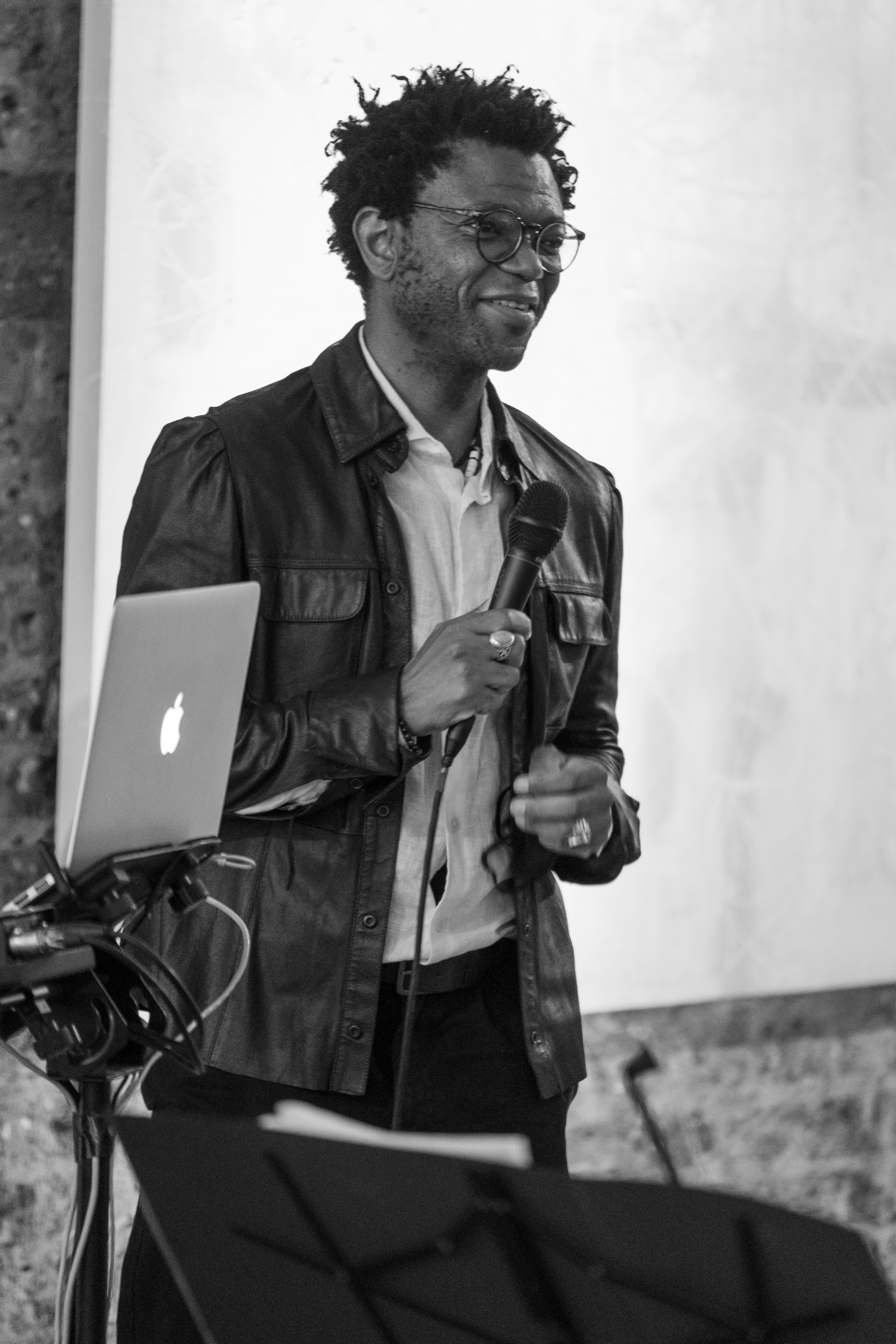 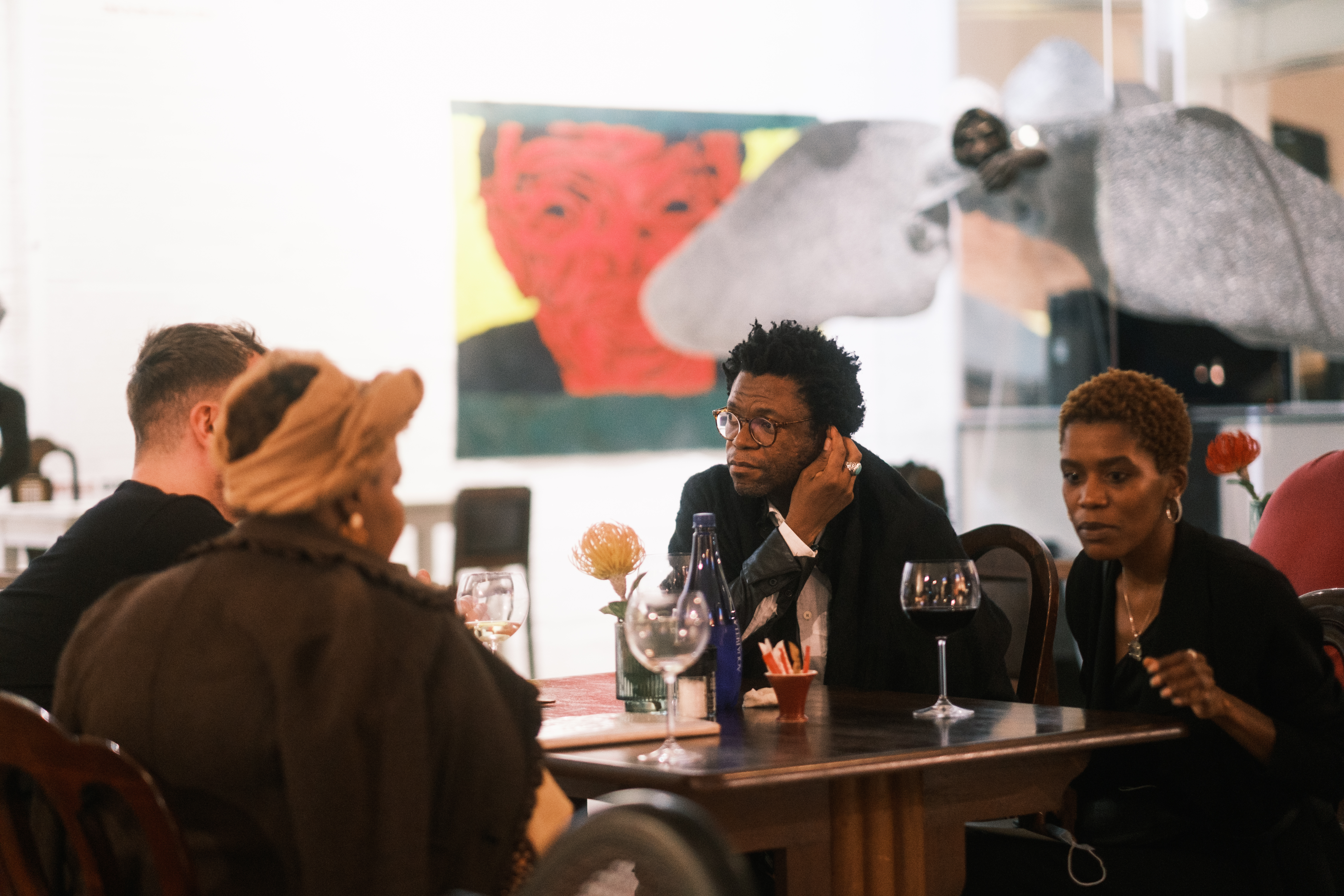 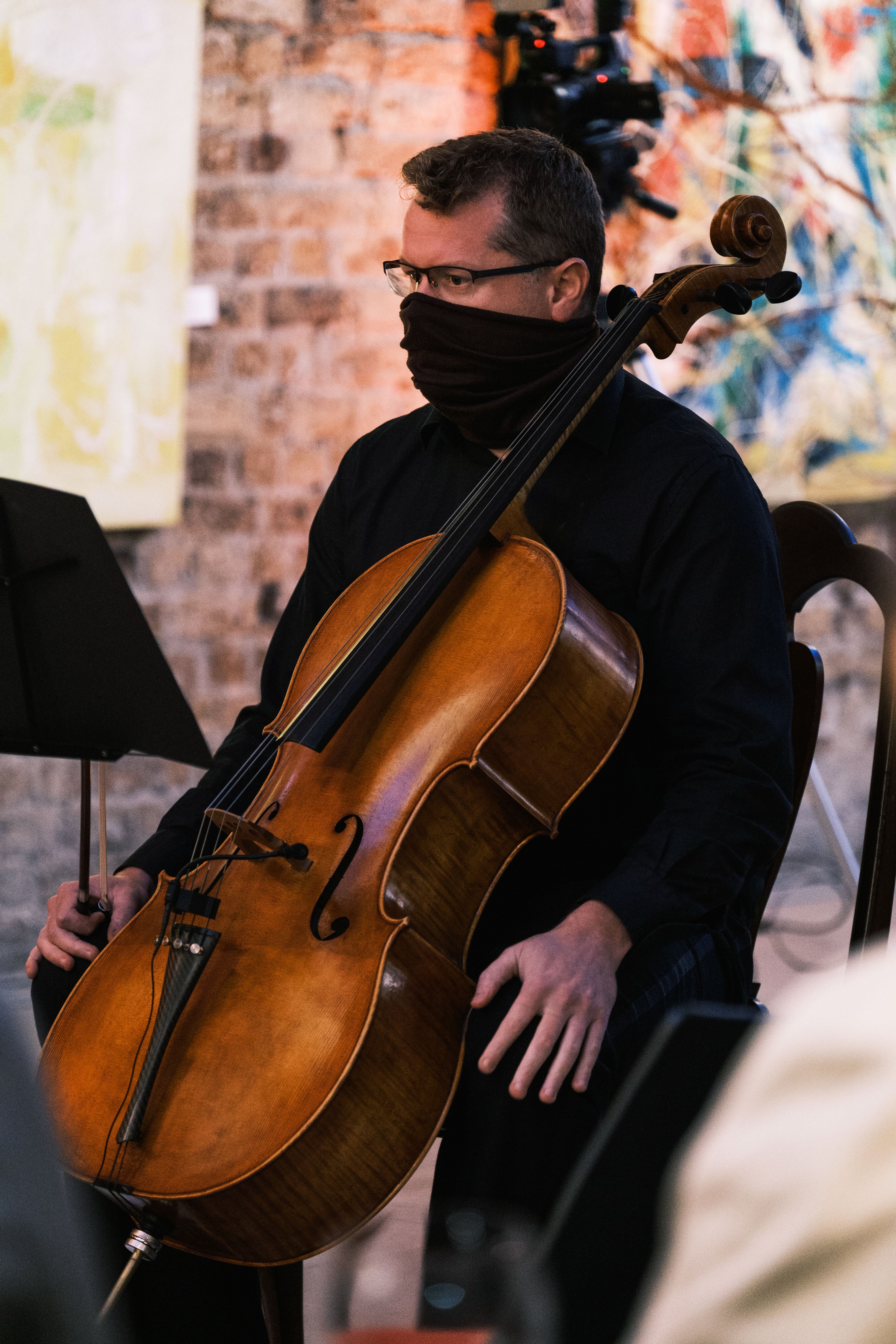 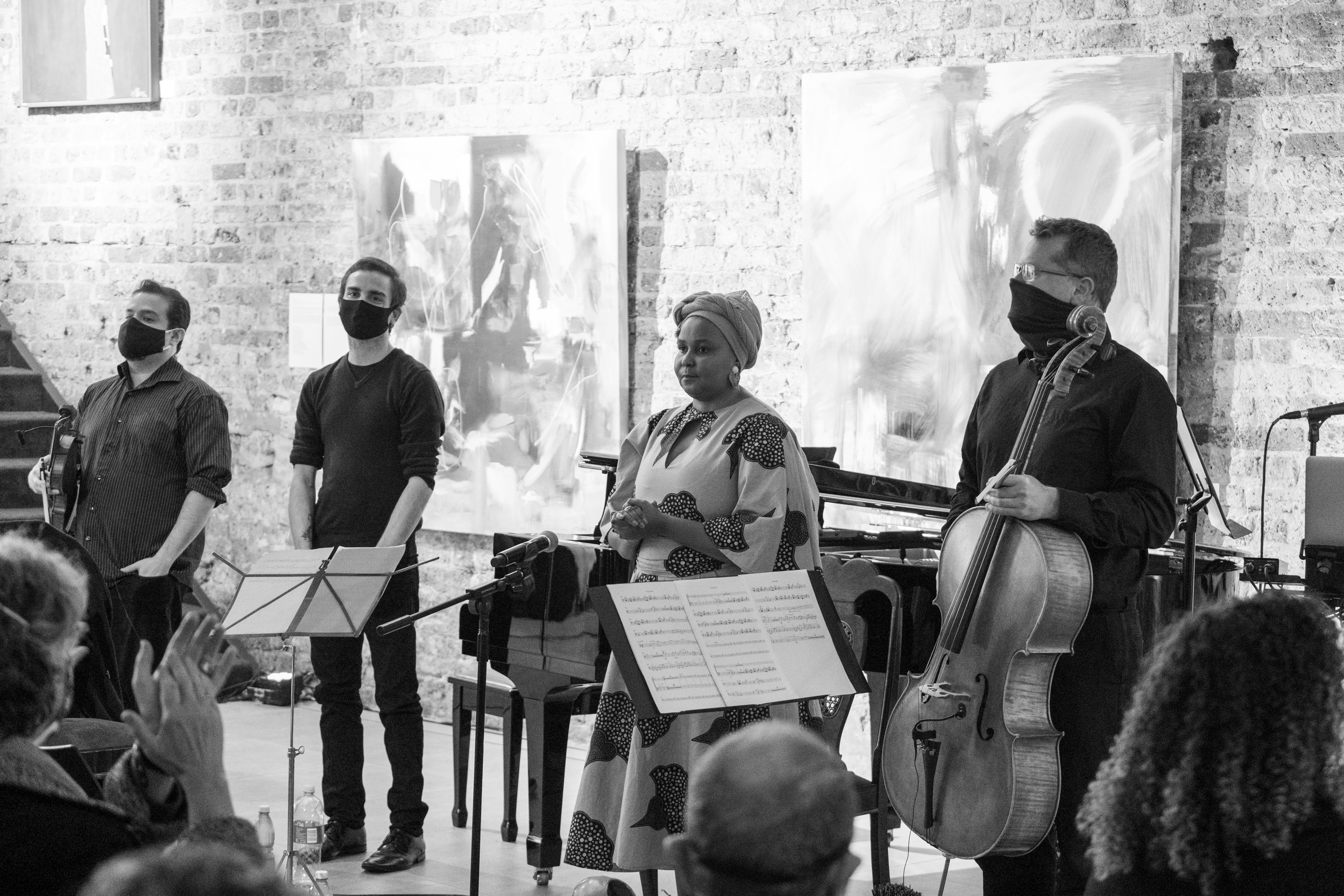 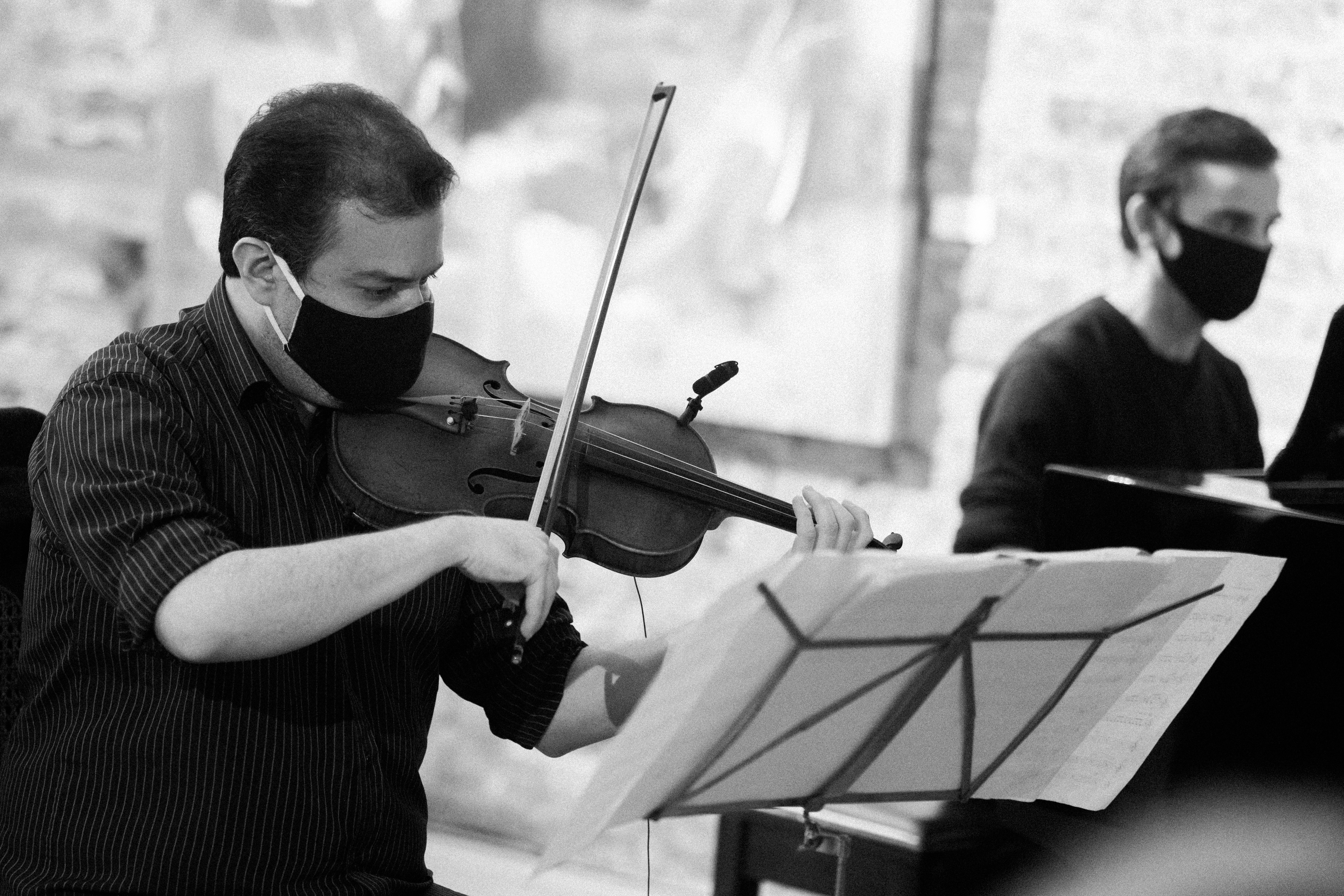 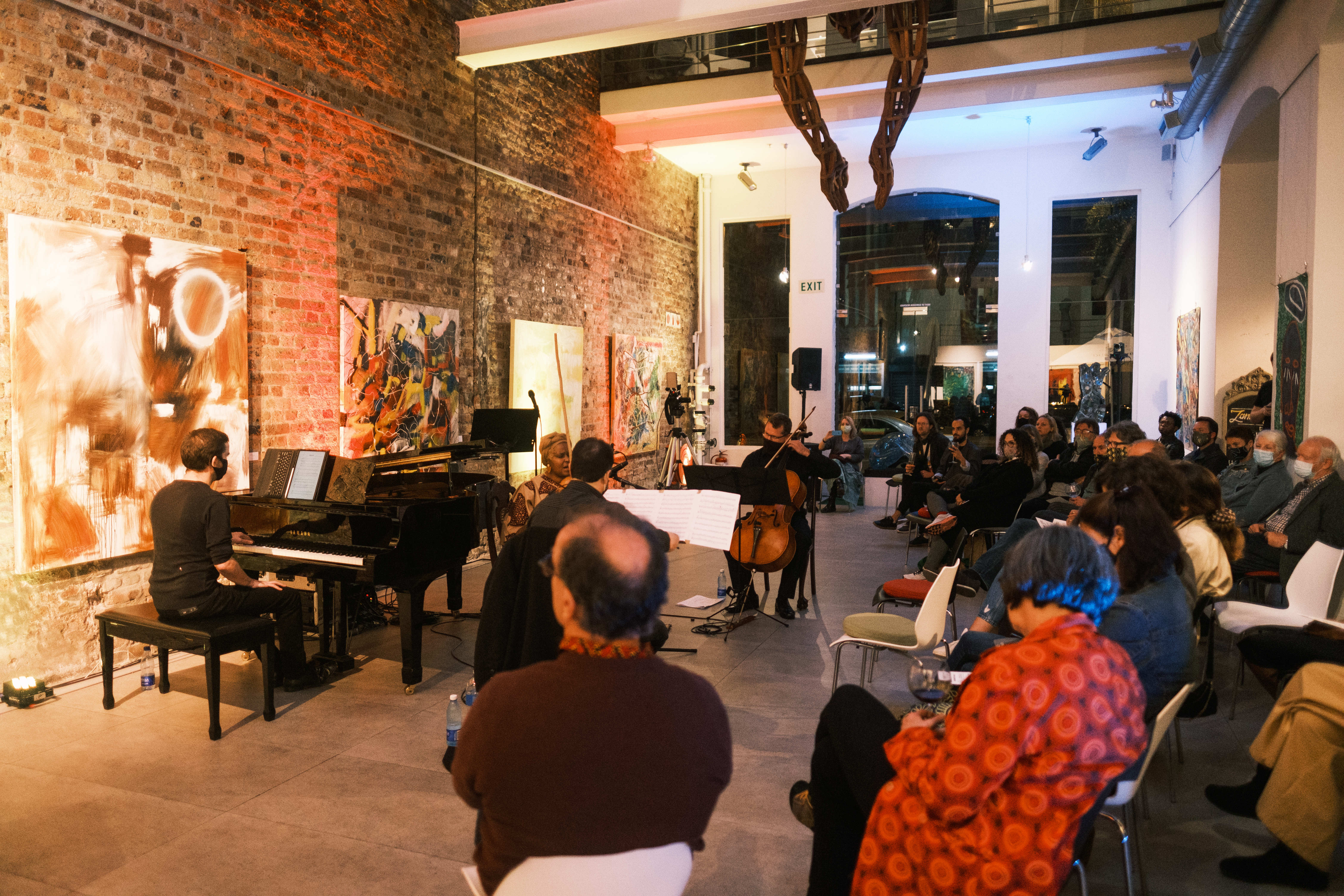