OPERA IN VIRTUAL REALITY: No Stage, no Problem!

UMCULO aims to make opera more accessible for South African communities. This webinar is aimed at giving young directors, educators and singer/entrepreneurs  interested in stagecraft a head start on their journey into the world of digital content creation for the the stage. If you do not have access to a stage and a professional lighting rig, you can still create immersive environments for your story using readily available, free digital content creation tools. Having pioneered the use of animated sur-titles and live chromakeying in several European opera productions, Kobie van Rensburg, director of the UMCULO Opera Incubator, shares an overview of the use of digital content creation tools for the operatic stage. He will also focus on new cutting-edge technologies leveraging the power of realtime rendering found in modern PC game engines to create 360 degree environments, using only free to use or open source software and consumer cameras and computers. This also includes a behind the scenes view of his preparation for the UMCULO Production: INFERNO and ARCADIA – Opera in virtual reality. Digital assets used in this production will also  be made available for download to kickstart the adventures of young SA artists in the creation of virtual reality stages for their own productions.

Did you miss it? Click play to watch the recording of the event below? 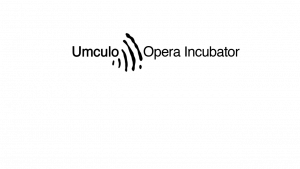 Kobie van Rensburg studied Law and International Politics in Potchefstroom before embarking on an international career as a lyric tenor. He regularly collaborated with conductors such as René Jacobs, Sir John Eliot Gardiner, Nikolaus Harnoncourt, Christopher Hogwood, Christophe Rousset, Lorin Maazel and James Levine at such renowned houses as the Metropolitan Opera in New York, the Berlin-, Munich-, and Stuttgart State Theatres, San Francisco, Seattle, the Théâtre du Châtelet and the Théâtre des Champs-Elysées in Paris and the Teatro Real in Madrid. He recorded several prizewinning CD’s (Grammy Award for Best Opera Recording 2004 and Gramophone Record of The Year Award 2004) and DVD Recordings of Monteverdi, Händel, Mozart, and Rossini Operas.
Since 2007 he has increasingly focused on directing and teaching.  His critically acclaimed productions of operas in Germany, Austria, Switzerland, Spain and Croatia have pioneered the use of animated surtitles and live chromakeying for the operatic stage.
He is deeply committed to the development of opera in South Africa, especially in underprivileged communities and since 2015 he has been serving as the Director of the UMCULO Opera Incubator. UMCULO explores the potential of opera as a means of social development in South African townships. His work in this field has also been nominated for several awards and received the 2017 Rotterdam Opertagen Award, the International Opera Award in 2019 and the ClassicalNext Award for Innovation.