Peter and the Wolf – Locked Down

Peter and the Wolf – Locked Down is a short dance film inspired by the iconic Peter and the Wolf play and music. Using the original version as inspiration, Director and Choreographer Martin van Heerden draws direct parallels with the lives of teenagers during the hard lockdown, and the characters of the original play. The production was mostly choreographed via Zoom sessions during lockdown, and filmed on a cell phone once lockdown allowed for that to happen. The end product is a story of a teenager, stuck in his own mind experiencing a new life for the first time. What is real and what is reality? Do we know or do we do what we are used to? Is he dreaming or is it actually happening? Compare it to a computer game if you will, or the future reality of virtual living and decide for yourself. Who is Peter and what is the wolf?

Peter and the Wolf - Locked Down 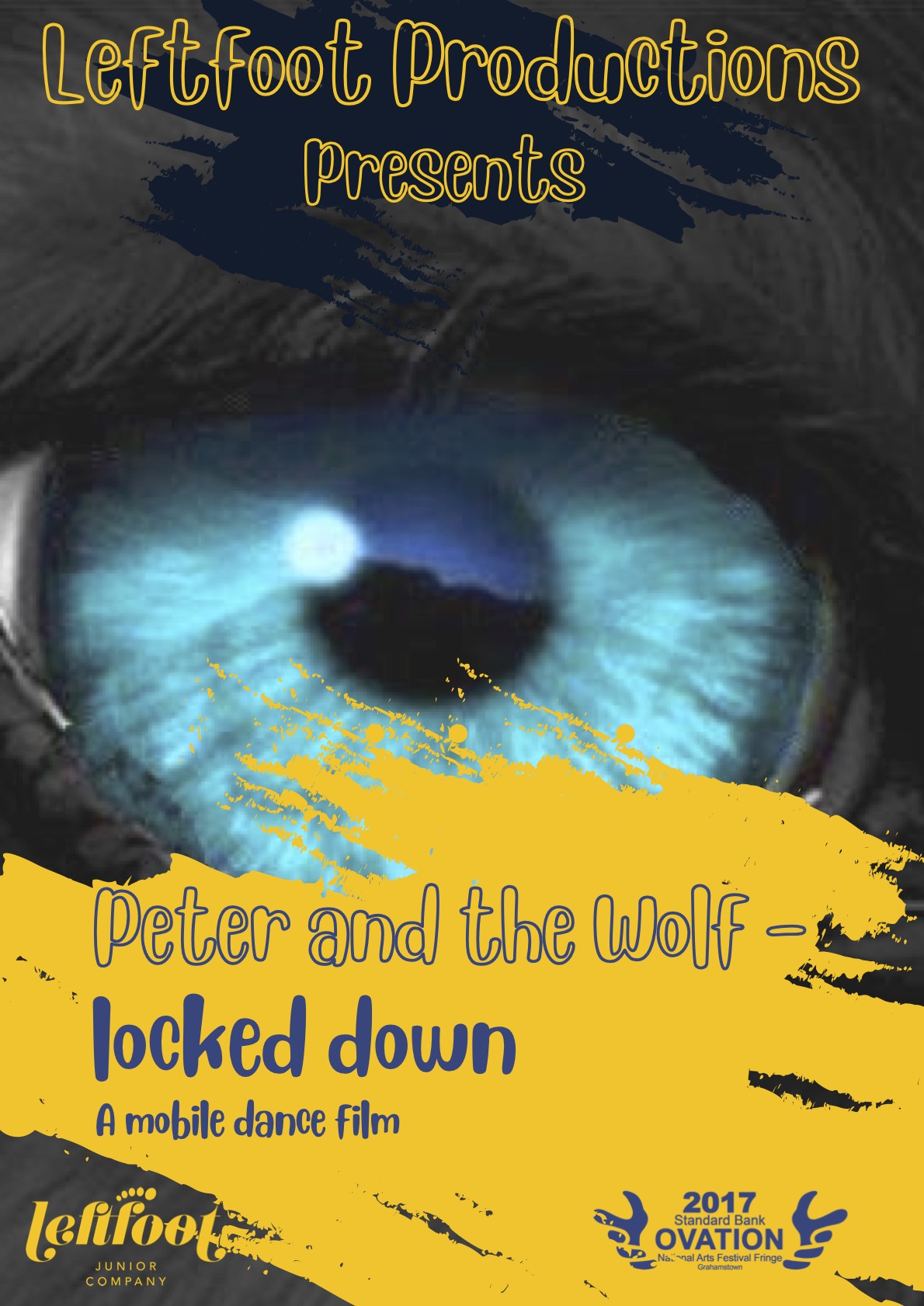 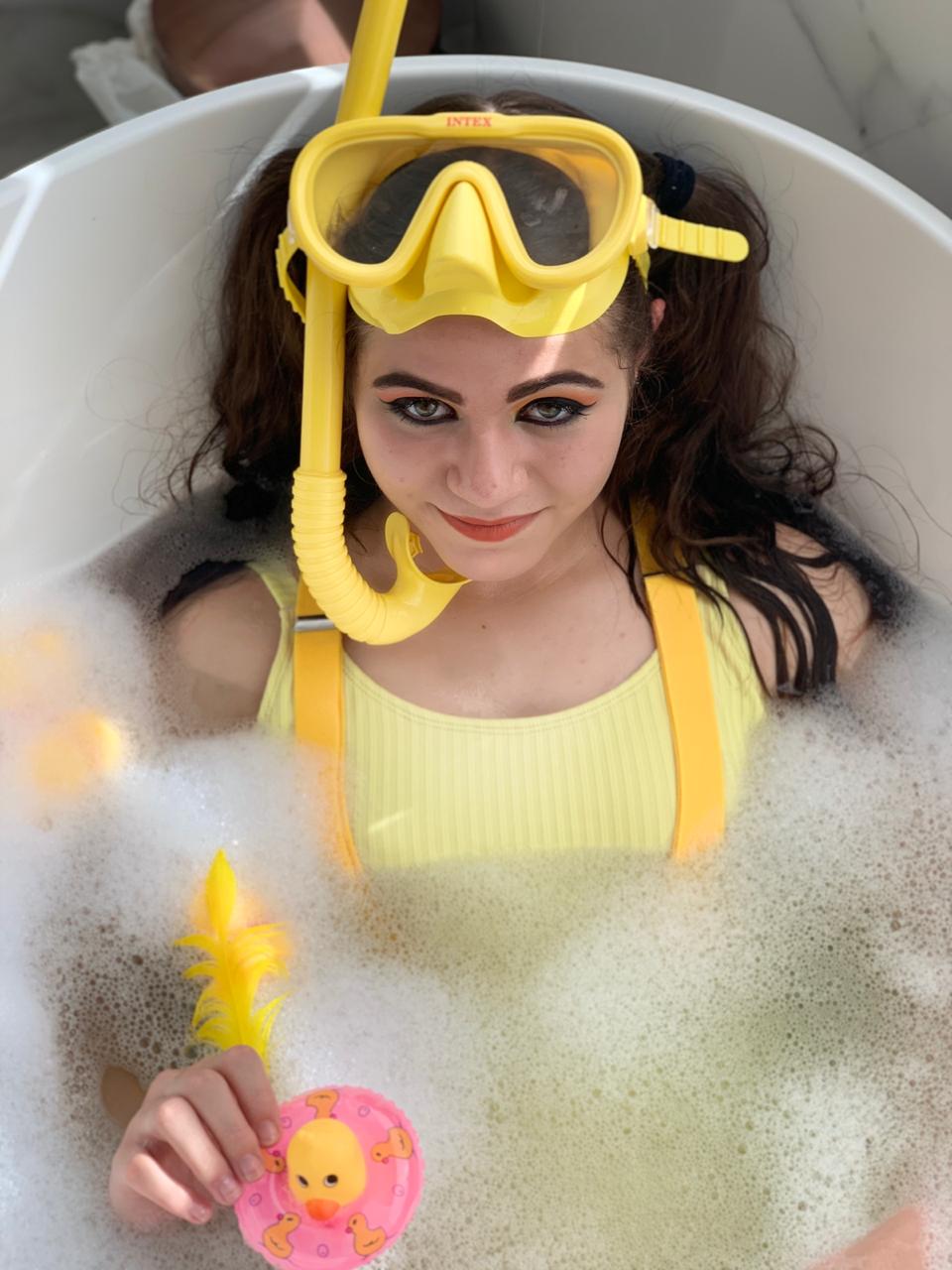 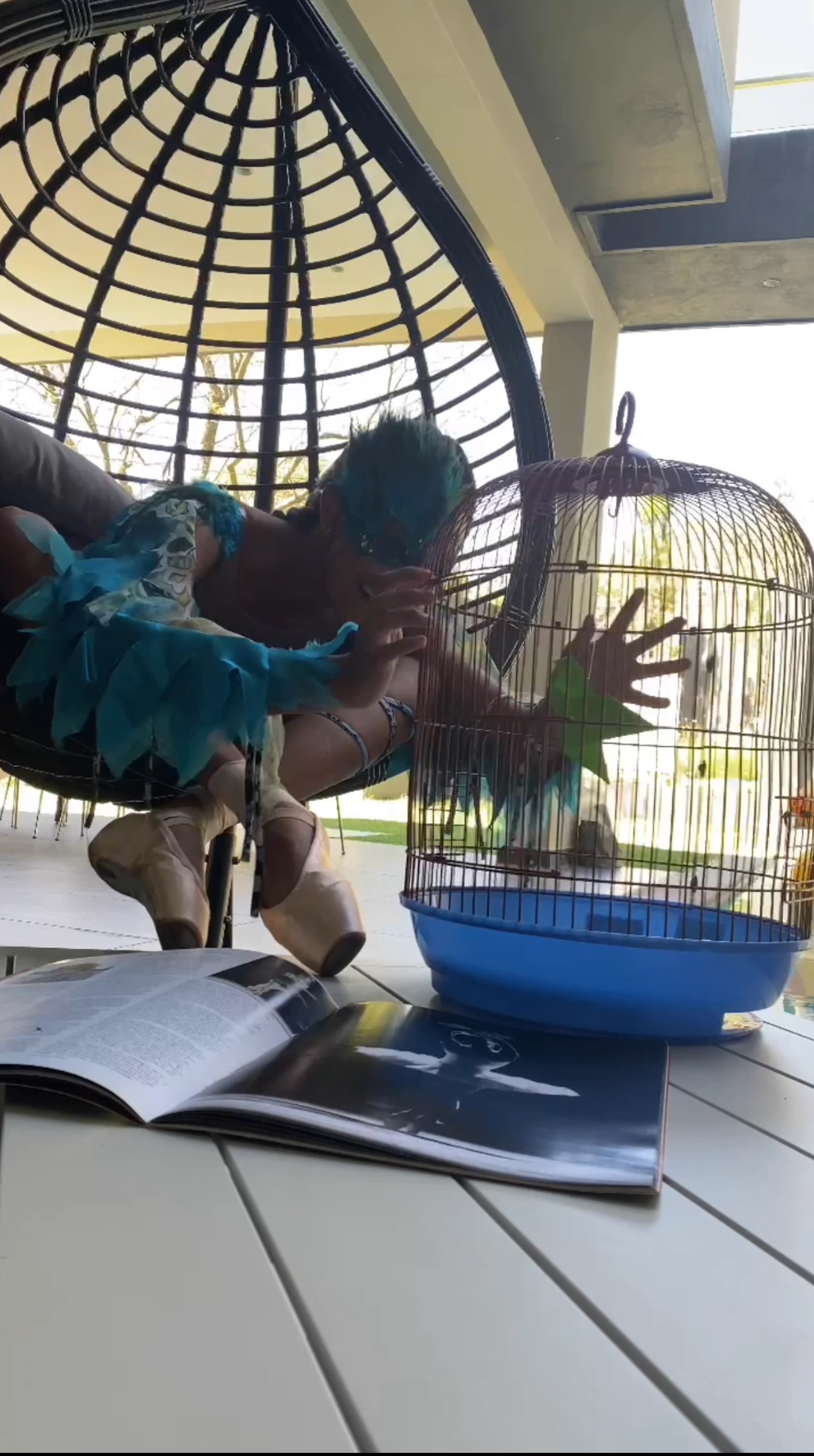 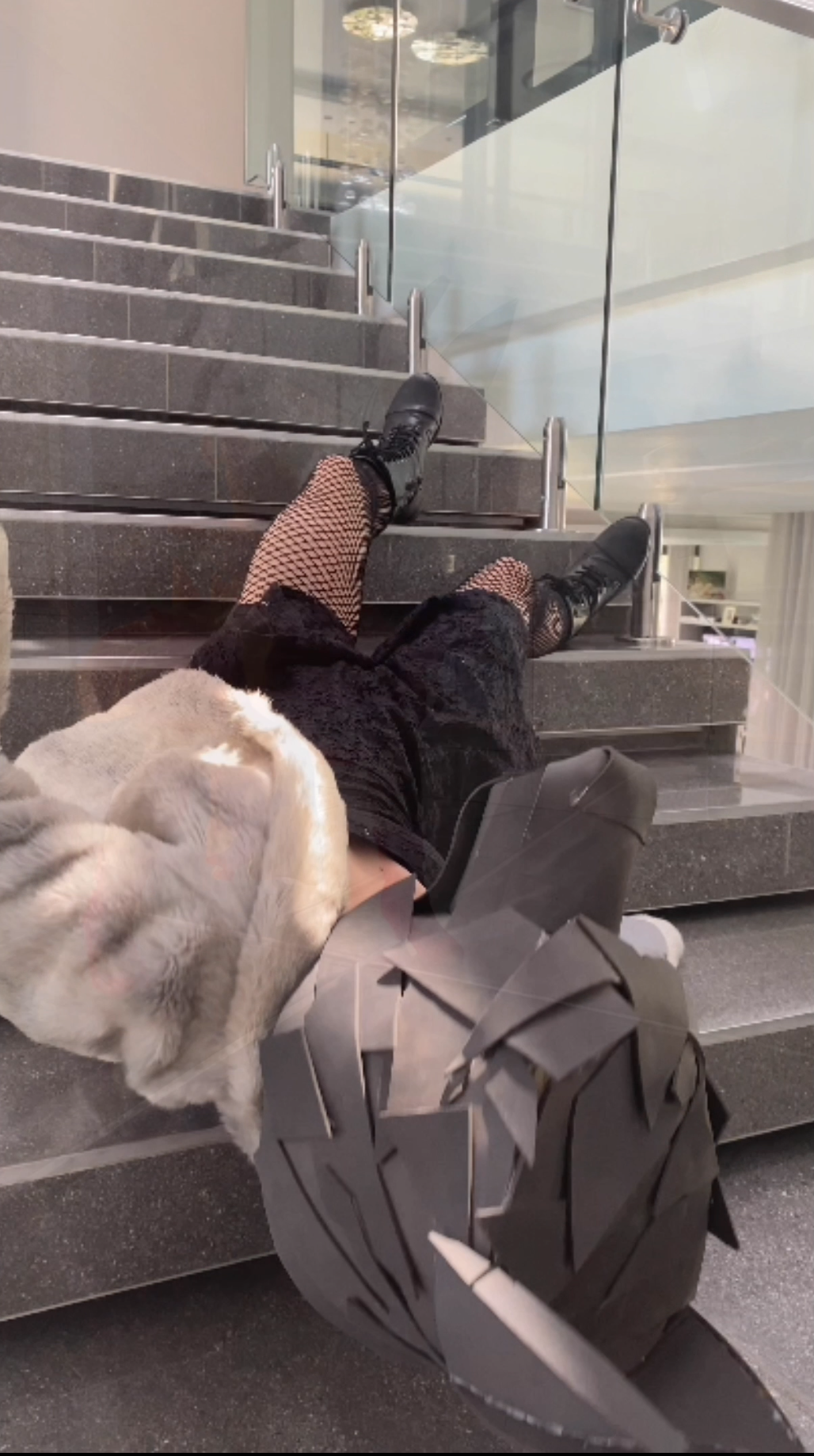 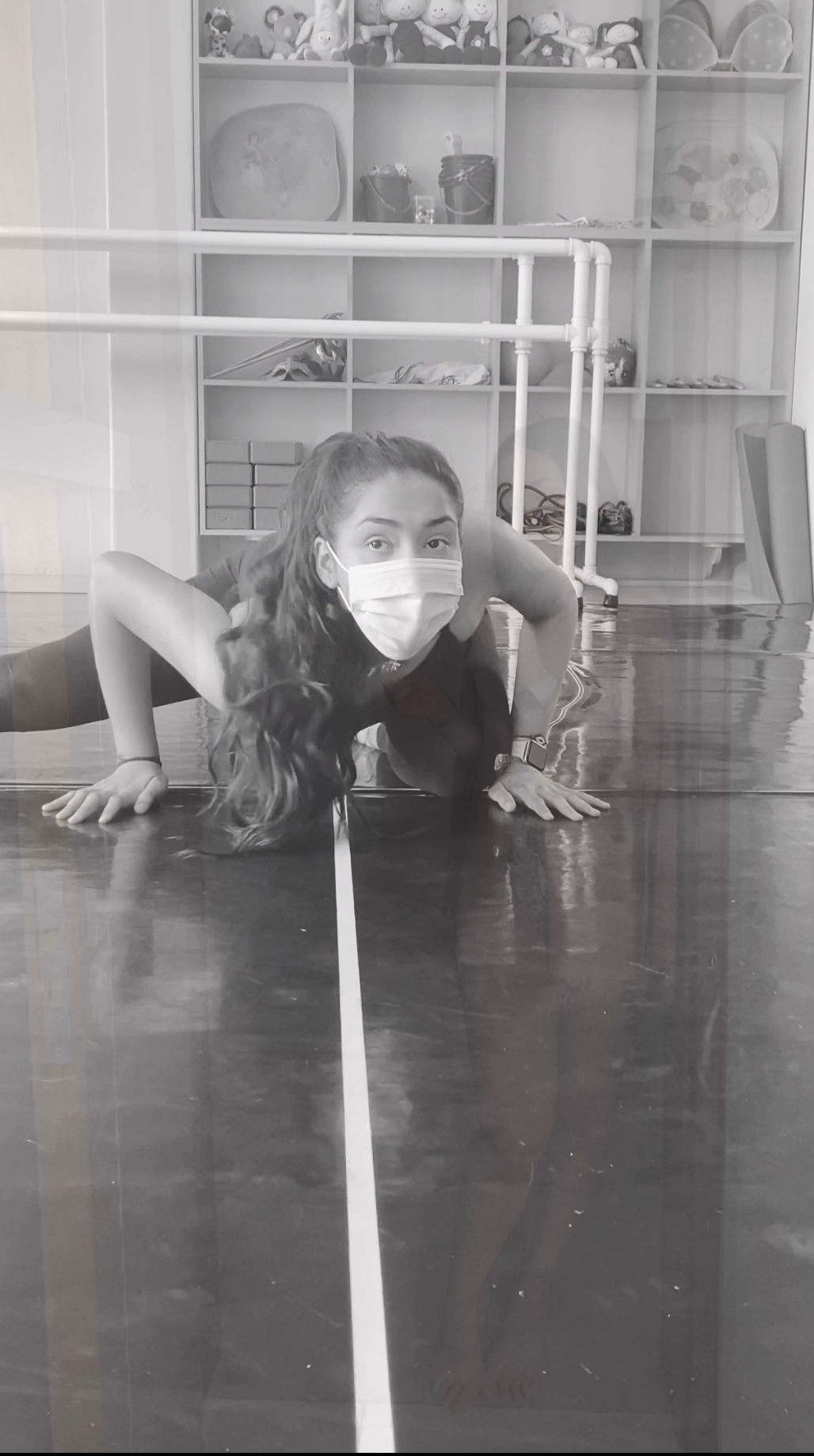 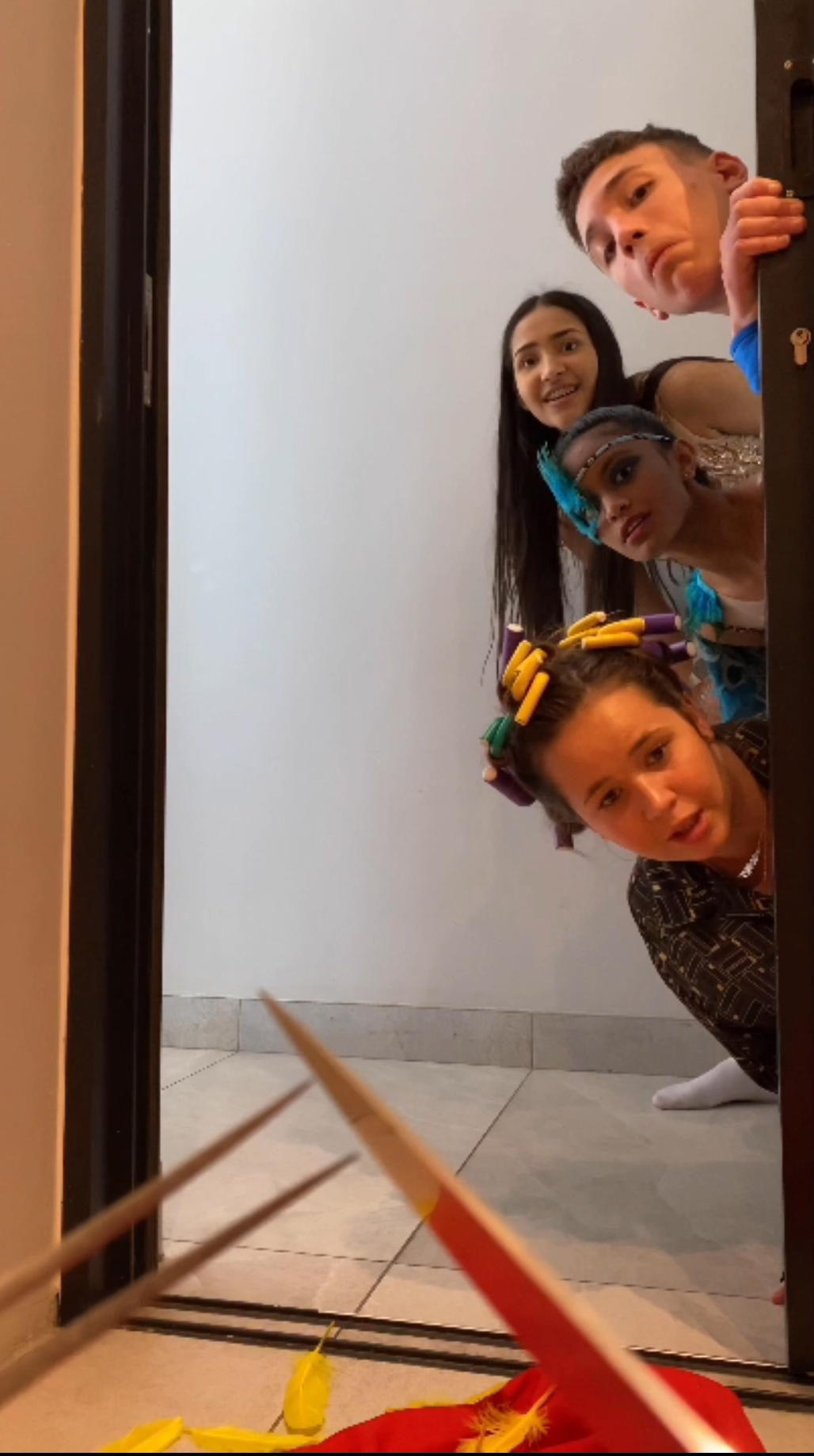 Director/Choreographer – Martin van Heerden
Martin studied dance at TOM School of the Arts, under the leadership of Pinto Ferreira. He has been a professional dancer since 2004 and intensively worked with Kelsey Middleton’s Kmad.com contemporary dance company throughout his career. He has also done seasons with SABT, and has worked with choreographers like Christopher Kindo, Ignatius van Heerden, David Matamela, David Gouldie, David April, Debbie Rakousin, Willie Venter and Kelsey Middleton, to mention a few.
Martin has tried to balance a career in most styles of dance, doing theatre shows as well as corporate and musicals. Musicals include African Footprint, Jesus Christ Super Star, Chess, High School Musical, and Starlight Express.
Highlights of his career include being invited to perform the lead role in Christopher Kindos’ me and you, at the FNB Dance Umbrella Gala Evening, performing in Nataniel’s men who fly, Combat and After Animals, for which he has also been nominated for a Naledi for best choreography in a musical, and writing and performing in his one-man show, Woestynland. Martin has also been in numerous Skouspel and Afrikaans is Groot productions. He also performed a Strength and Balancing act in the famous Madame Zingara’s and is currently expanding his artistry into Aerial Arts.
For the past 5 years, Martin has been passionately involved in the development for Artistic Roller Skating in South Africa, and in 2014 choreographed and participated in the World Artistic Roller-Skating Championship in Spain, as the first African show team in history. Since then, Martin has become the resident Choreographer and Assistant coach for Team South Africa, working with kids in rural areas all over the country. He recently returned from the World Roller Games in Barcelona, Spain, where two of his skaters were the first African skaters to participate in the division Solo Dance, making history once again.
Martin also taught at numerous tertiary dance and musical theatre institutions like Stage Door and Oakfield College in the styles of ballet, contemporary and jazz, and is currently a private dance coach, conditioning and strengthening young dancers for the competition world. Martin is a certified Ballet Teacher with the Dance Academy of South Africa.
Award nominations include:
FNB Vita Award for best male newcomer in contemporary
Kanna Award for best male dancer
Naledi Award for best choreography in a musical
Naledi Awards for best choreography in a musical

Penny Wolhuter
Penny Wolhuter is a 23-year-old dancer, actor and aerialist. As a child, Penny was in a reality show called Safari Sisters which documented her life growing up in the bush with her sister and her wildlife film-maker father. After matriculating with distinctions, she went to study Dance and Musical Theatre at Oakfields college where she graduated as the top dance student in 2019. Since completing her training, Penny has performed professionally with the Kelsey Middleton Academy of Dance (KMAD) Company and has also become a certified aerial arts performer and instructor through Twisted Cirque Aerial Academy.
She is currently acting in the SABC 3 telenovela The Estate, as Leah le Roux.

Alyssa Bann
Alyssa, now 17, started dancing when she was 5. She was extremely excited to be a part of Peter and the Wolf because it was the first ever real production she would ever have done. Covid-19 lockdown cut that short and there were no live performances of this work. Even though it is now a short film, it was still one of the greatest learning experiences she has ever had because it showed her that even though something can interrupt what you are working on… adapting is key.

Keera Pentia
Being an introvert by nature, dancing allows me to express my emotions in an artistic and exciting way. I enjoy all genres of dancing, but always find myself gravitating back to the classic Ballet.

Bahiya Hajat
15-year-old Bahiya is a young Fashion extraordinaire who has been dancing since the age of 4. She prides herself in doing her best in all situations in hr life. Through performing, she’s learnt to adapt in many situations in her teenage life. Setting immediate, short-term goals makes her feel happier and stay more motivated.

Tiago Luis Vaz Do O’Filipe
Tiago is a 15-year-old Reddam House Bedfordview student that has shown a passion for drama since he was 6 years old. Having shown this interest from an early age, he became involved in dramatic pieces, monologues and poetry recitals at various Eisteddfods since an early age, winning categories like Best Poetry Recital, Prepared Reading and Overall Drama Category Winner over the years at the National Eisteddfod, reaching the Semi-Finals of the Young Performers Award competition in 2020. At 14, he was awarded the Category Winner for his dramatic piece I am you, written by himself, and Item Winner for his comedic piece Once Upon a Beginning at the National Eisteddfod Gala evening. He was also Item Winner for his comedic piece at the Concours D’Arts adjudicated by Terence Bridgett. The highlight of his acting performance was in 2018, when Tiago acted in Mr Hare meets Mr Mandela by Chris Van Wyk directed by Daniel Geddes alongside Sandi Dlangalala and Alyssa Harisson. He also acted in The Cat in the Hat alongside Lesego Molotsi and Jacques da Silva. Both productions were nominated for a Naledi Award. He really enjoyed being a part of Peter and The Wolf – Lockdown and working with Ignatius Van Heerden and Martin Van Heerden. He has since taken a sabbatical from acting to focus on Fencing professionally, competing regionally and nationally with Sabre as his preferred discipline.

Elden West
Elden has always enjoyed the arts and at the age of 19 he decided to follow his passion and became a dancer. In 2018 he became the South African Men’s Freestyle champion, and qualified for the world championships 2019-2021. He also qualified for the IDO Disco world championships 2020-2021. He has a wide background of dance, including Freestyle, Latin American, disco and some classical training. Elden’s passion is to experience as much as possible. He is currently qualifying to become a qualified dance teacher through DanceCor.

Kiara Vaz Baptista
Kiara is 15 years of age and has shown an interest in dance, the arts and culture since the age of 5. She attends Reddam House Bedfordview College and is very much involved in most of the cultural events at her school and outside of school. She has received various accolades for the Concours D’Arts and National Eisteddfod amongst others, including item winner for her solos. She is doing her dance and performance studies at Leftfoot Studios and has been part of the Leftfoot family since she was 10 years old. She was Dancer of the year and Cultural student of the year in 2020, and received an award for third highest cultural student of the year in 2021. She has a passion for the Arts and has received full colours for arts and culture at her school in the years 2018, 2019, 2020 and 2021.