Facilitated by Danile Mohlamme of Writers’ Guild SA, this workshop in two parts will cover areas of immense value for those new to scriptwriting. Learn everything from points of style, scene writing and writing of descriptions. 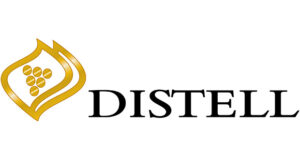 Danile Mohlamme is a Filmmaker, a Project Manager, Writer, Mpumalanga Film Festival Director. She has contributed across many film programs in Mpumalanga. She created the Mpumalanga film mart and Festival demonstrating strong leadership and consistent and active participation on every program and film workshops.

The Writers Guild of South Africa (WGSA) is a Non-Profit Organisation (NPO) and a Public Benefit Organisation (PBO).
Their mission is to protect, empower and develop performance writers. The WGSA operates within the local film, television, radio, stage, animation, and new media (internet – mobile and digital distribution, and gaming).