Sinolwimi Comedy is an isiXhosa stand-up comedy show that brings laughter to different audiences while at the same time seeking solutions to different situations that we as society are struggling with. This satirical show brings to the fore some of the serious topics that we as society would rather shy away from in the hope that they will just vanish. Eastern Cape top funny comedians are playing their part in challenging our morals or lack thereof, using what they know best, Comedy. They explore social issues and life experience through their comedic genius storytelling.

If comedy was music, Tsepiso Nzayo’s style would be new age kwaito; blending the new and old. This quipster uses storytelling in a witty and candid way; drawing from his melting pot of experiences with colorful characters, assorted cultures and chinas in this, our Rainbow Nation. Don’t be fooled though, his zany small voice is an outlandish theatre crammed with hilarious, engaging and canny gags.

A torch-bearer for isiXhosa comedy and winner of 2014 Beat Magazine ‘Best Comedian’ and 2017 SATMA nominee for Best Indigenous Comedian. He has shared the stage with well-established comedians like David Kau, Loyiso Gola, Ndumiso Lindi, Tats Nkonzo, Carl Joshua Ncube, Siyabonga Radebe, Skhumba Hlophe and Donovan Goliath. It is consequently no coincidence that he has achieved much within a short space of time in the comedy industry. He is proof that humor can be a tool for unity and that blacks do read.

Tsepiso Nzayo also serves as a magnetic corporate & public event MC who skillfully captures and enlivens any event. He holds an honors degree from Rhodes University and Nelson Mandela University in isiXhosa and is currently an MA candidate in isiXhosa at Rhodes University. He was a comedy contributor and presenter of the gig guide on iQonga Labatsha, with Dj Luks and Slyso on the National Radio Broadcaster uMhlobo Wenene FM every Fridays. 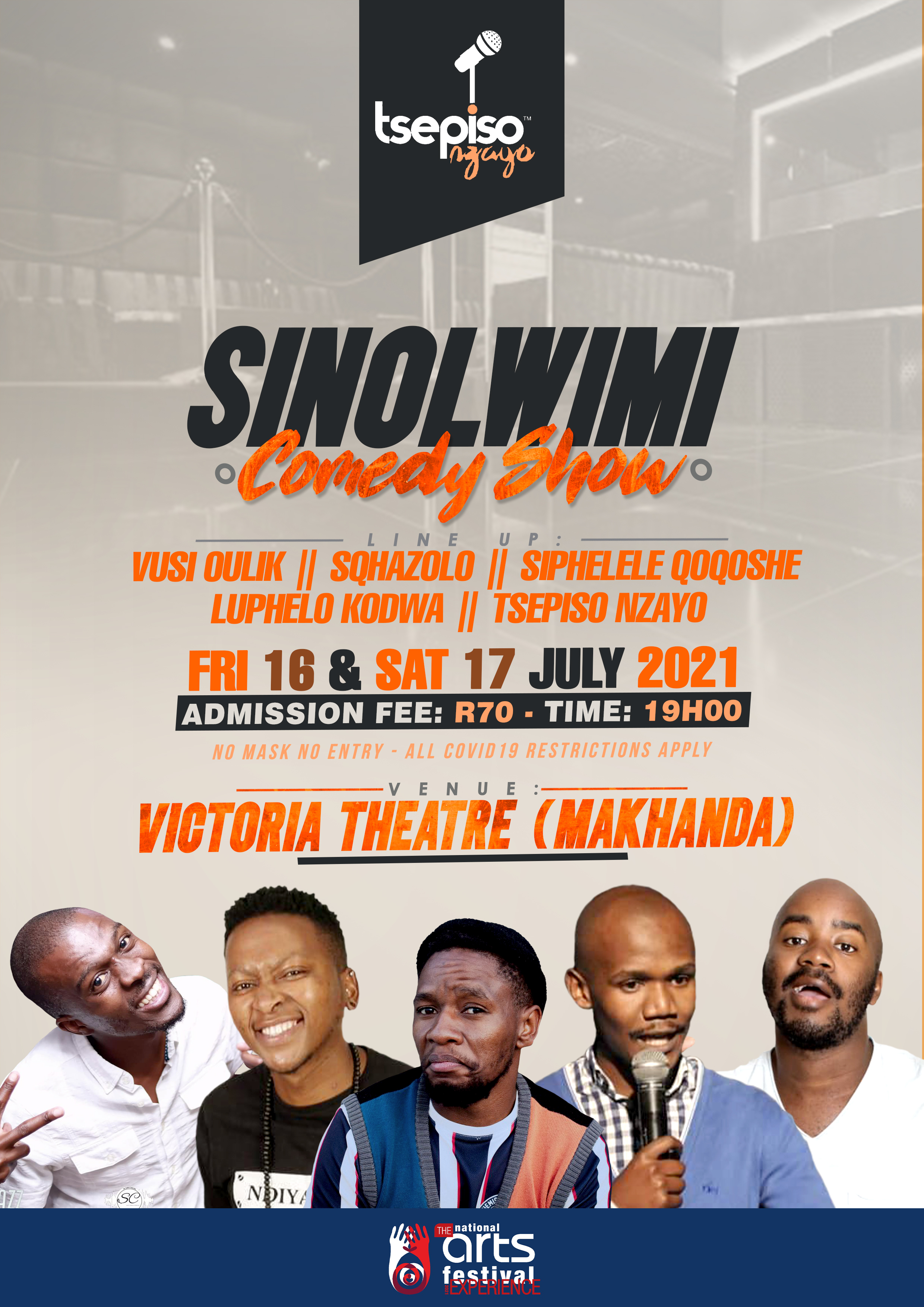