The Cat & The Monkey

Jessica and Martin shouldn’t be together. They never even should have met. But they did, they are together, they’ve discovered the darkest parts of each other’s personalities and they’ve learned how to exploit it. When the play starts, Jess and Martin sit on opposite sides of the stage – in their own spotlights – and they tell their versions of events. At first it seems that we are experiencing a classic lovers’ quarrel, but it soon becomes evident that something much darker is at play. They’ve clearly crossed the line this time. Questions the audience must try and answer are: who gets the winning lottery ticket? Who cheated on who? Was how they met an honest and unplanned encounter? And how on earth did they survive lockdown when their house became a jail? ‘The Cat & The Monkey’ is a brand-new dark comedy that explores toxic and co-dependent relationships. Jess and Martin don’t just drive each other insane, but they go as far as breaking the law to try and one-up one another. Come and enjoy a dark comedy with enough spotlights to reveal all. 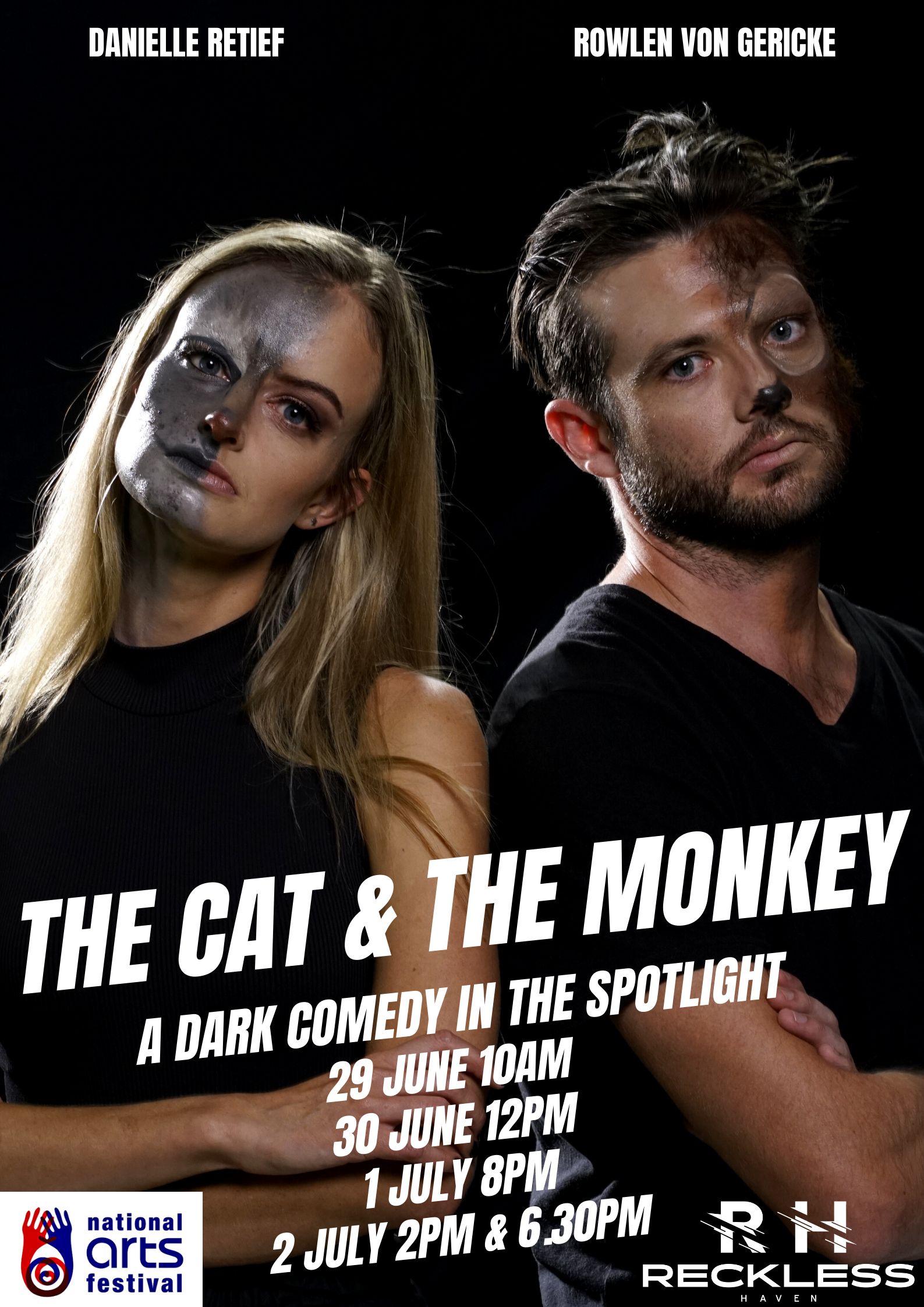 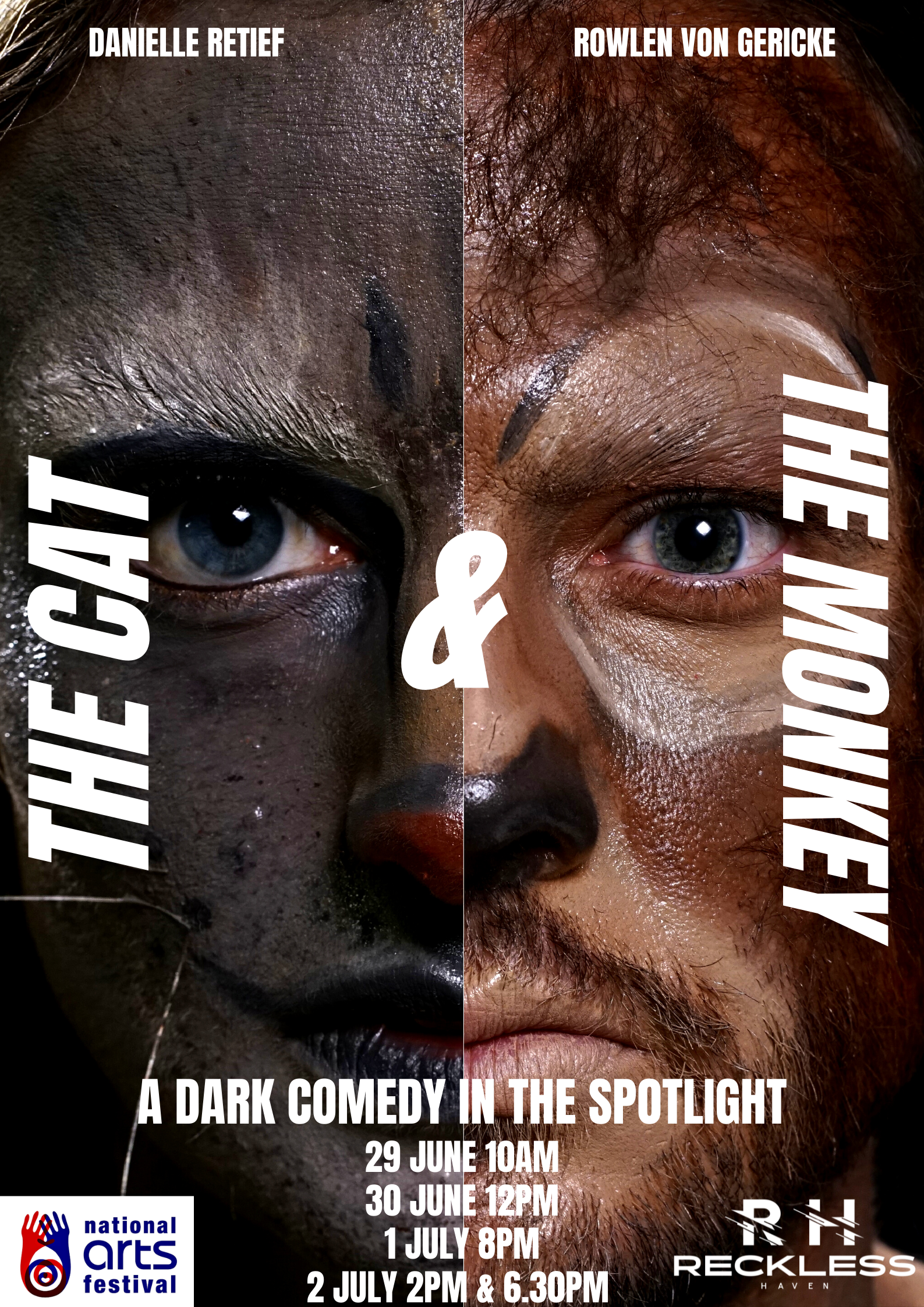 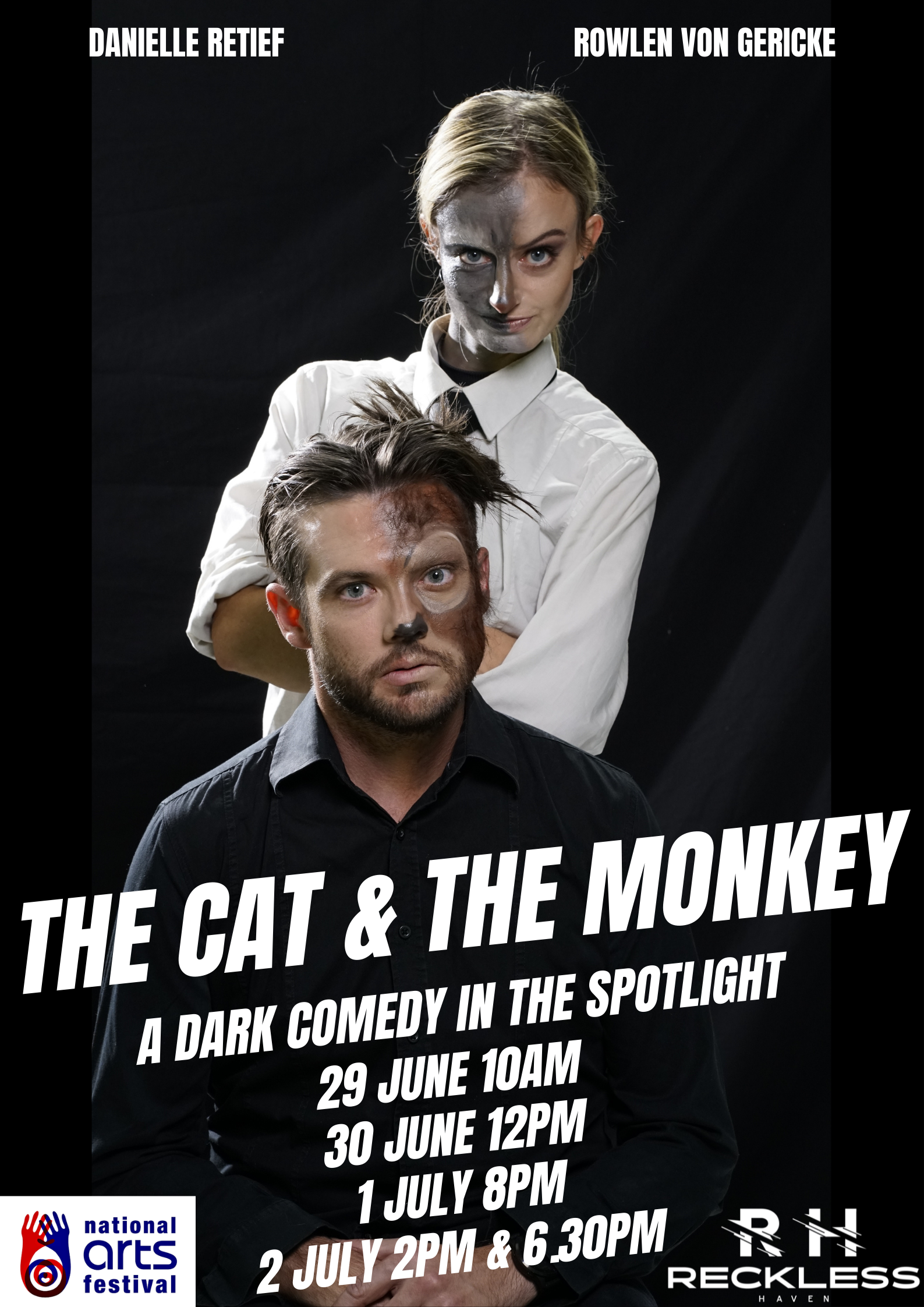 Reckless Haven Productions is a Joburg-based theatre and film production company headed by Danielle Retief (actress, producer, dancer) who is known for High Rollers (SABC3), Binnelanders, Geraamtes in die Kas, MTV’s Shuga, 7de Laan and a great variety of films and theatre productions, including Hamlet, Vertel Nog, Chekhov’s On the Road, Swan Lake (ballet) and Giselle (ballet). Her producing career started in 2016 when she started working for a French/South African production company and she used her language and persuasion skills to secure commercials with top brands like Vodacom, Castle and MTN. Since then she has worked as a junior producer for kykNET, as well as the ARD Broadcasting Service in Germany.