A raunchy stand-up comedy hour from the unfiltered, unashamed, and hilariously witty Kate Pinchuck, a three-time Standard Bank Ovation award winner. Kate Pinchuck overshares about her life, love and all of the thoughts in her brain she probably shouldn’t say out loud, but she’s going to anyway.

Strictly no under 18s, there is no telling what this woman might say. 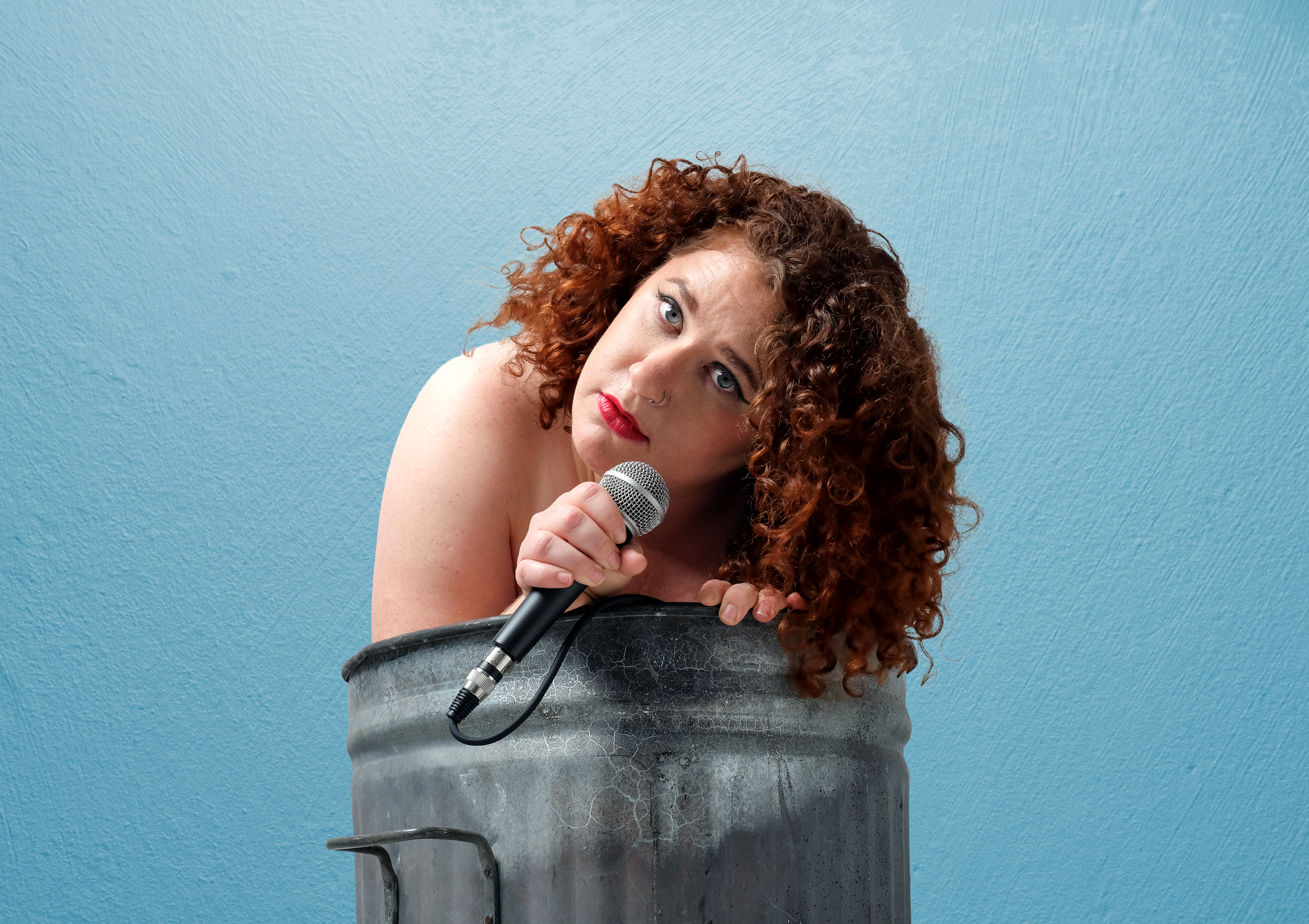 Kate Pinchuck is an award-winning stand-up comedian, actor, and writer.

Kate returned from the 2018 National Arts Festival as a double Standard Bank Ovation award-winner, receiving acclaim for her debut theatrical one-woman show, Medusa Incarnate, which she created, wrote and performed, as well as her performance as the AI system SUSANN in dystopian future sci-fi, Gaslight. In 2019, Kate received another Ovation award for her two-hander stand-up comedy show, Frizz Pop, with comedian Lindy Johnson.

In 2019, a Frizz Pop line-up show was taped by Black Sheep Films and is currently streaming on Showmax. Kate has been consistently rising up in the comedy scene and has taped two line-up comedy specials for Mannequin Films, Laugh At First Sight, (DStv on Demand/Showmax) and Funny People Africa (Showmax). Her stand-up can most recently be seen in sketch comedy and stand-up series Comedy Mixtape (SABC 2).

She most recently wrote and performed as a correspondent on The Late Night Show with Mojak Lehoko for the Johannesburg International Comedy Festival and SABC2 and is currently the co-host of Social Gaming and Coconuts for Emerge Gaming on GINX, DStv.