This thought-provoking new work aims at healing a part of our society that does not even know how deep it is wounded.

It takes us on a journey of a couple struggling with the disconnection of being “Present” in a relationship, and what it truly means to be there. The nature of relationships under pressure from the challenges of life is interrogated.

It is a piece presented and narrated with care because of its emotional nature. Through the use of some humour, it reflects on our abnormal psychological battles with our own realities, at home, in relationships, at work and against the norms and morals of the world. 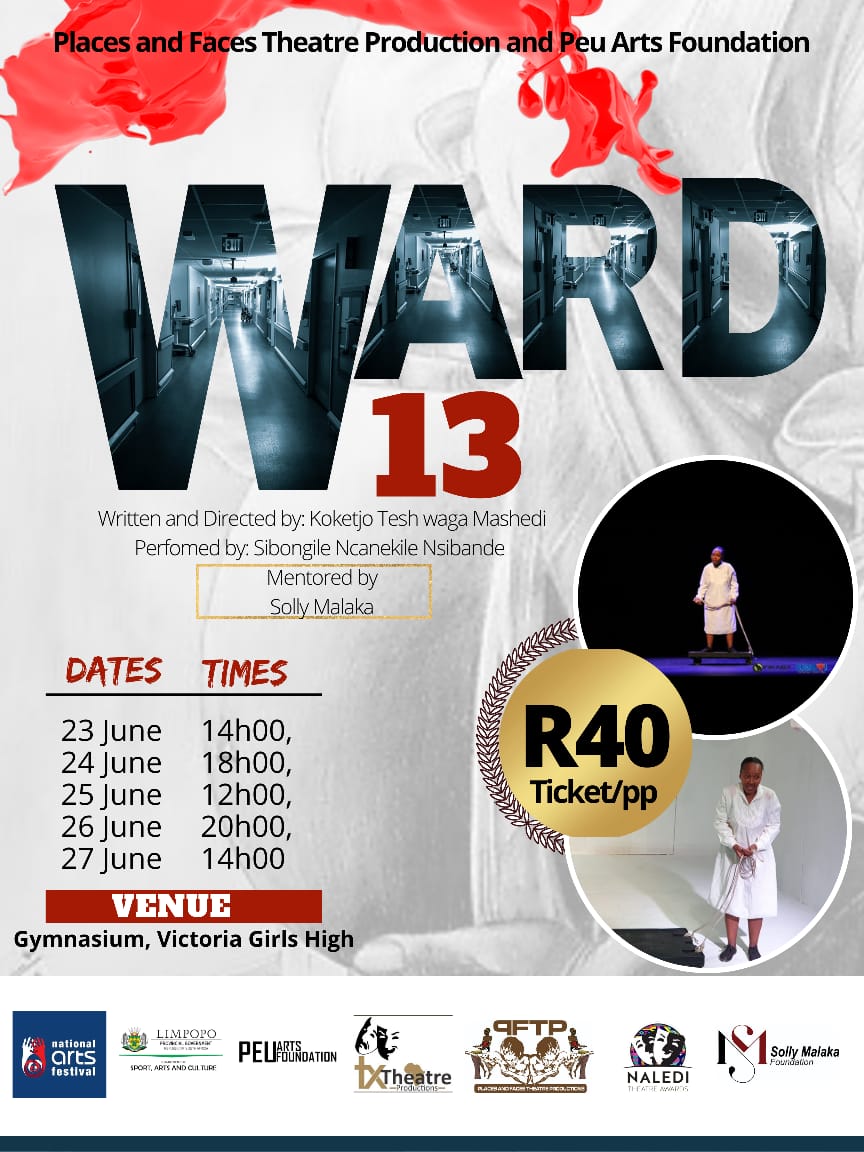 KOKETJO MASHEDI is a 31 year old, Tembisa based, theatre practitioner. He is a graduate of the Windybrow Theatre Development Programme (2010). He was mentored by Oupa Malatjei from the age of 13,. He has featured in several productions, including Queen, The Chosen One, Fornication and INDODA. His production, The Visit, was nominated 6 times at Mzansi Fela Festival in 2017. He won a Standard Bank Gold Ovation with a show he wrote and codirected with Mxolisi Masilela (2018_. He is the artistic director of PEU ARTS FOUNDATION, and the initiator of First Friday Readings which is mentored by Vice Motshabi. His new production, WARD 13, wa nominated at the Naledi awards for best fringe production 2020/21

Sibongile Ncanekile Nsibande is a 30 year old, Tembisa based performer. He is the Managing Director of a locally based organisation, Peu Arts Foundation, which specialises in creating developmental programs that help identify and nurture talent in the Arts and Culture industry. She is a seasoned theatre practitioner featured in various productions around Gauteng. She worked with the likes of the late Oupa China Malatjie, Linden Meizu, Riccardo Temane and Koketjo Tesh waga Mashedi to mention a few. She is featured in Ward 13, a production which was nominated for Best Fringe/Independent production at the Naledi awards 2020/21.