agency for travelling thoughts and ideas

Women on Aeroplanes is a multifaceted, multi-local and research-based project which has had several iterations since 2017. It aims “to get a more comprehensive idea of the notions of independence and interdependence which allows us to see and understand a women-informed, shattered presence of complicated dependencies.” Curated by Annett Busch, Marie-Hélène Gutberlet, Magdalena Lipska and the Otolith Collective, the virtual National Arts Festival connects to one aspect of this far spanning ongoing project, THE PRESENCE OF ABSENT BOOKS, a series of short voice notes about missing books. Narration from Isabel Hofmeyr, Sarah Nuttall, Mapule Mohulatsi, Tinashe Mushakavanhu and Connie Joseph 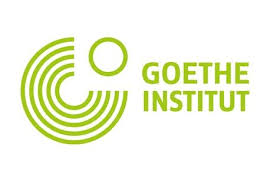 The multifaceted, multilocal project Women on Aeroplanes, agency for travelling thoughts and ideas, is curated by Annett Busch, Marie-Hélène Gutberlet and Magda Lipska and coproduced by Iwalewahaus, University Bayreuth

Isabel Hofmeyr is Professor of African Literature at the University of the Witwatersrand and Global Distinguished Professor at New York University. She has worked extensively on the Indian Ocean world and oceanic themes more generally. Recent publications include Gandhi’s Printing Press: Experiments in Slow Reading (2013) and a special issue of Comparative Literature (2016) on ‘Oceanic Routes’ co-edited with Kerry Bystrom. She heads up a project Oceanic Humanities for the Global South with partners from Mozambique, Mauritius, India, Jamaica and Barbados.

Connie Joseph is a PhD candidate at WISER and the Department of African Literature at Wits. Her interests include postcolonial literatures, gender and cultural studies. Her current work is on the representation of water spirits in Southern African Literature. She enjoys reading and writing poetry in her spare time.

Mapule Mohulatsi is a reader and writer from Johannesburg. She is currently a PhD student in African Literature at the University of the Witwatersrand. Her children’s book ‘ Mizz President’ was published in 2018.

Tinashe Mushakavanhu is currently a postdoctoral fellow at WiSER, University of the Witwatersrand. He is co-editing a forthcoming volume on Yvonne Vera’s legacy in literature and visual arts called, We Laugh Even When the Roof is Falling (2020).

Sarah Nuttall is Professor of Literary and Cultural Studies and Director of WiSER (Wits Institute for Social and Economic Research) in Johannesburg, South Africa. She is the author of Entanglement: Literary and Cultural Reflections on Postapartheid, editor of Beautiful/Ugly: African and Diaspora Aesthetics, and co-editor of many books including Negotiating the Past: The Making of Memory in South Africa; Senses of Culture; Johannesburg: The Elusive Metropolis and Loadshedding: Writing On and Over the Edge of South Africa. Recent essays include ‘Mandela’s Mortality’; ‘Secrecy’s Softwares’; ‘Surface, Depth and the Autobiographical Act’; ‘The Redistributed University’; and ‘The Earth as a Prison?’ She has given more than thirty keynote addresses around the world, and published more than sixty journal articles and book chapters. Her work is widely cited across many disciplines. She has taught at Yale and Duke Universities and in 2016 she was an Oppenheimer Fellow at the DuBois Institute at Harvard University. For seven years she has directed WiSER, the largest and most established Humanities Institute across the Global South.