a song for the living

a song for the living is an audio exhibition inspired by testimonies of covid survivors. A way to breathe through this fragile time, mourn for those who have passed on and imagine a way to continue.

a song for the living...

A film, shot in Bapong North West, is conceptualised as a visual response to the audio exhibition (a song for the living).  Here the youth of mining villages around  Bapong express the emergency of their dreams and hopes against the backdrop of the current “state of disaster”.

This process involved a collaboration between professional artists Matthew Macfarlane,

aspiring young artists from Bapong North West, who have been training with the KwaMdali

KwaMdali has been training young people in hospitality, visual arts, design, community care and music. All their training has been brought together in the conceptualization and creation of the film.  This talented group of young people have driven the direction of the film making process with filmmaker/archivist Lungelo Mntambo providing overall guidance through the process.

This project and this collaborative work is meant to give hope and comfort to those who will be receiving the work, usher a revival of dreams within the youth of KwaMdali especially during these uncertain times, as well as create a space for conversation to take place across artists of different generations.

The team plans to also screen the film and host listening sessions for the community of Bapong in clinics, churches and schools. 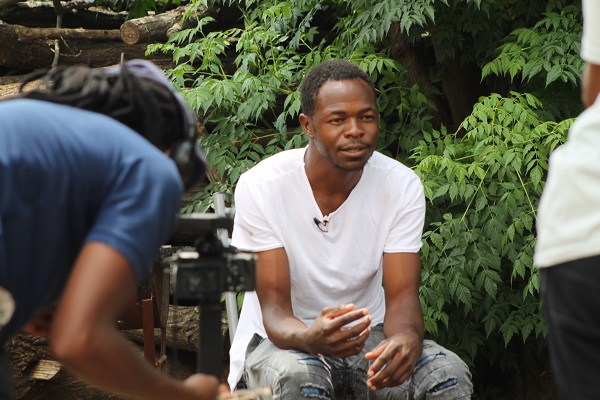 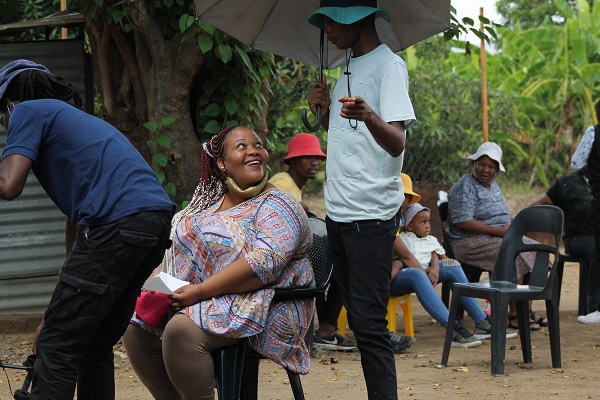 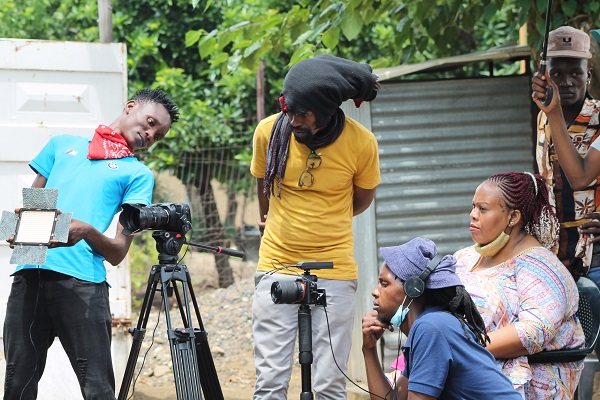 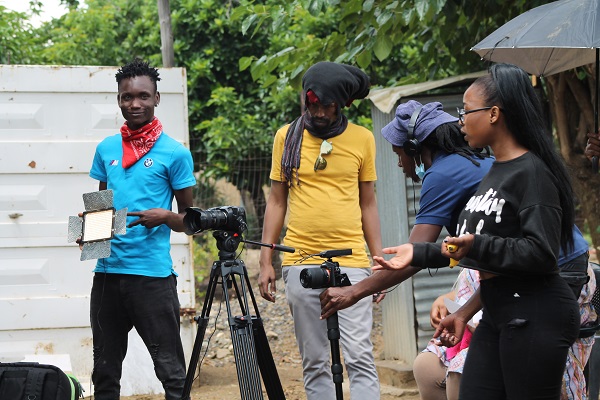 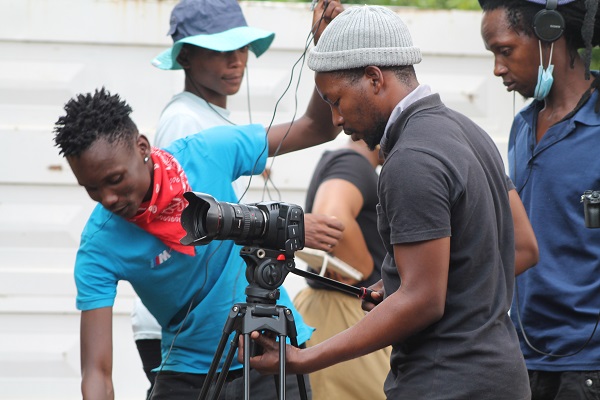 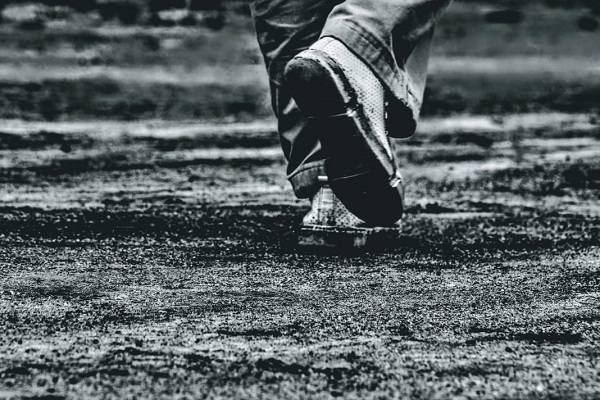 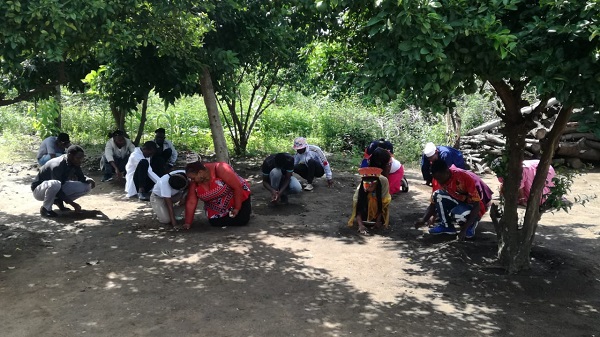 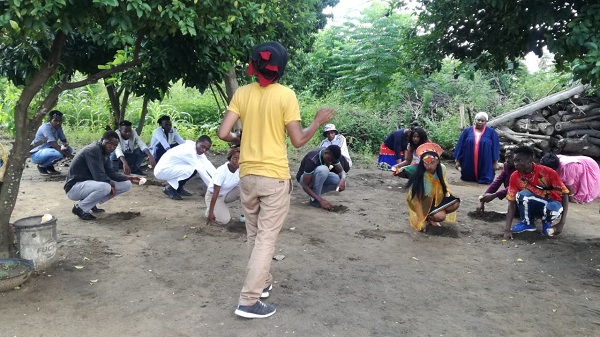 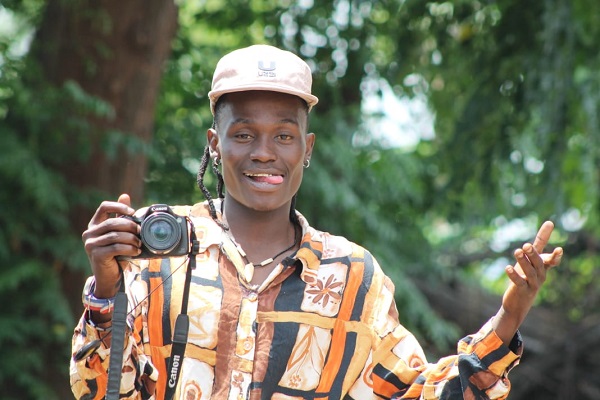 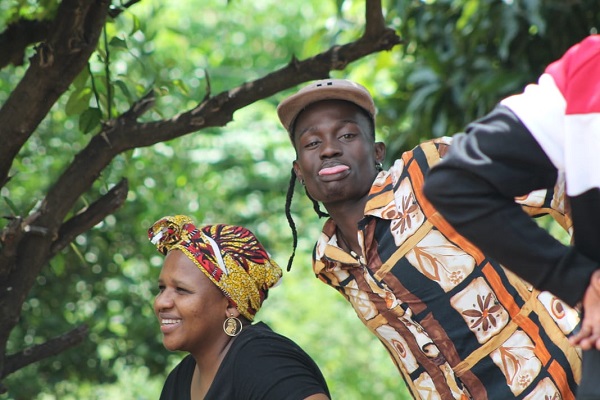 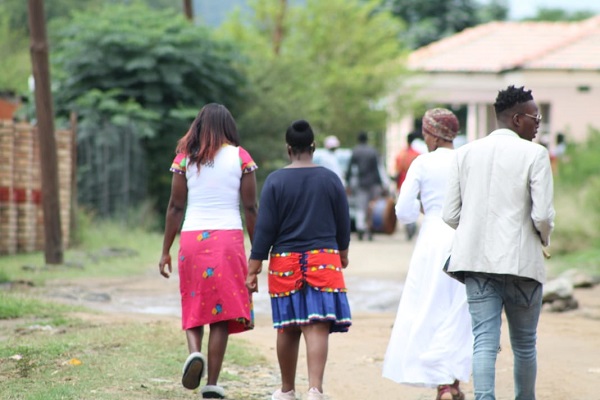 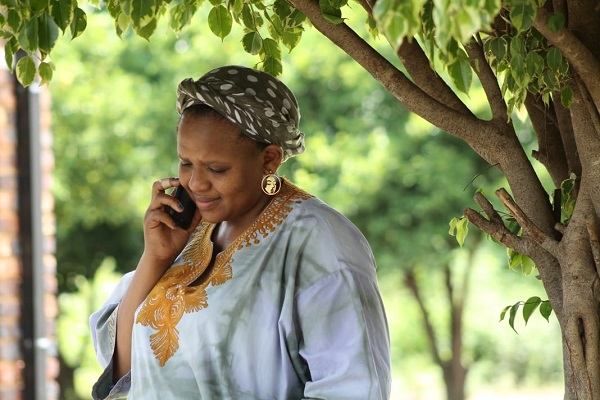 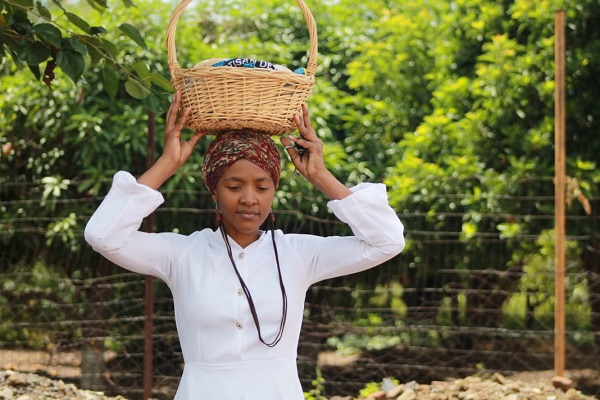 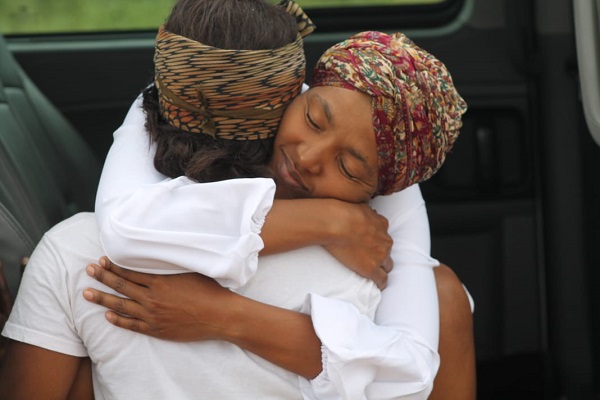 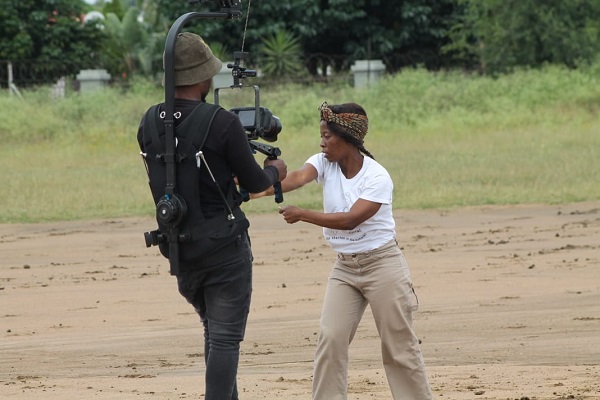 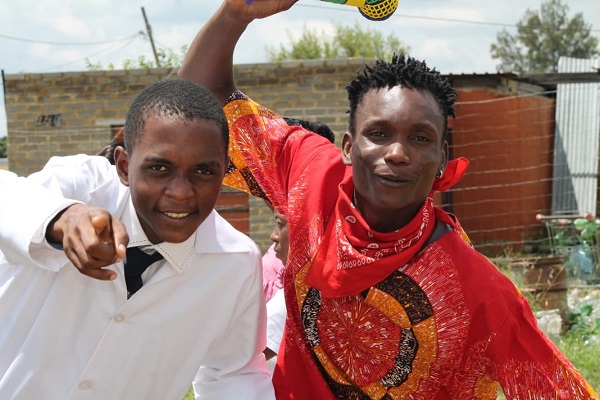 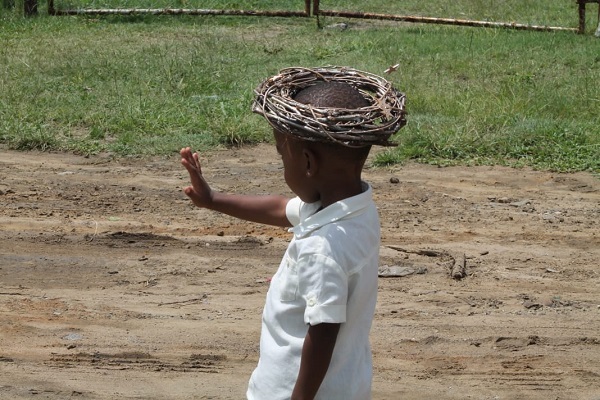 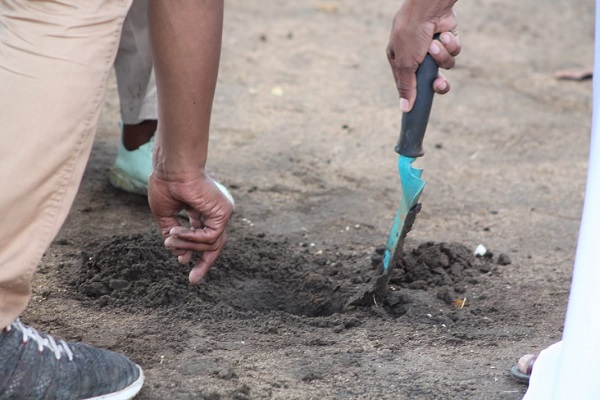 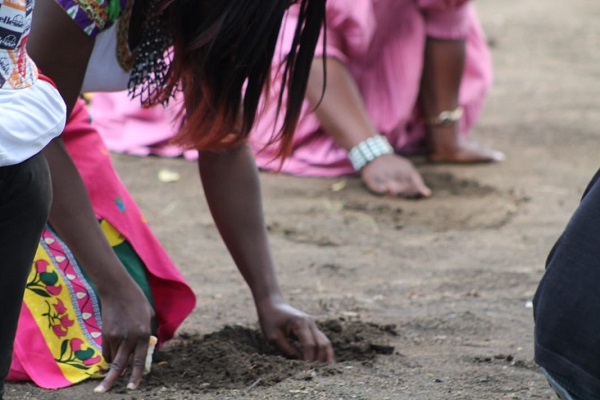 KwaMdali (the place where the Creator resides) a Non-Profit Company that develops artprenuers within rural areas of Southern Africa.  The incredible journey of this movement was initiated in 2018 with the young people from the Madibeng District ( Bapong, Majakaneng, Wonderkop and Marikana) and together has grown in ways the initiators and members could never have imagined.

KwaMdali’s main objectives are to:

Restore the dignity of young people,

Broaden their understanding of what art is

Inspire entrepreneurship within a collective context

Attend to spiritual needs towards building from a space which is grounded, honest, empathetic and connected

Expose these young people to different experiences and connect them with important minds within the sector.

Known as Buddy J, Johanna Molotsi’s interest in the dramatic arts began in 1995 at the age of 15 at Makgoka High School.  After completing Matric she went to FUBA (Federated Union For Black Artist) School of Dramatic and Visual Arts where she completed a 3 year Diploma in Dramatic Arts in 2004.

She has performed on stage both locally and internationally; locally at the Macufe (Mangaung Cultural Festival), FNB Dance Umbrella and at the National Art Festival.  Internationally she has performed at “Festival De Liege” in Belgium, at the CND in Paris and in Bern Switzerland for the Festival Afrique Noir.  She also does commercial work for television.  And has performed in the local soapies, Scandal, Movhango, Z’bondiwe, Ring of lies, and currently on Rhythm City.

She has facilitated Theatre Workshops under the Department of Sports,Arts and Recreation in Gauteng and is currently facilitating for KwaMdali a Non Profit Company.

Matthew MacFarlane is a composer, musician and songwriter situated in Johannesburg.  He had a fondness and passion for music from a young age.  In 2008 he obtained a Bachelor of Music Degree from the University of the Witwatersrand.  Since then, he has worked extensively in theatre and dance by composing and performing music live.  He has received Naledi and Fleur Du Cap nominations for some of his original theatre scores and has performed around South Africa as well as abroad in Edinburgh and Prague.

Matthew also works as a session musician who performs live and records and produces music.  He teaches guitar at schools and privately and has conducted music workshops for primary and high school pupils.  In 2016, he composed his first opera which was commissioned by Gauteng Opera.  It was the first time the company had commissioned and performed an opera that was specifically written for children. It is entitled “The Cradle Under the Shade” and the company received a Naledi nomination for best children’s theatre production in 2017.

Matthew aspires to continue composing for multiple mediums including film, television and stage. He also aims to continue producing, writing and performing music for other artists and himself.

Personal innovation is the act of making a change in your life with the aim of making your world a better one.  Ziyanda has embarked on that journey of self-innovation.  Currently based in Johannesburg, she was born and bred in DeAar in the Northern Cape.  She studied Sport Management at the Cape Peninsula University of Technology, but destiny took her back to her first love, acting.

Ziyanda started with church and school plays at a young age.  After matric she joined a group called “Emthanjeni Cultural dancers” where she started her stage play called “ROSE”.  In 2012 she obtained a Television Presenting Certificate after doing a short course with Media Concepts at SABC.  She worked as an actor-educator at Themba Interactive Theatre Company, an organization using Applied Theatre to dialogue about pertinent social issues such as HIV/AIDS, sexual health.  She performed in “Disability at a Workplace” directed by Alex Motswiri.  She has also played multiple roles in a play called “SHE” directed by Lillian Tshabalala; “INSIDE” directed by Snethemba.

She television work includes performing in “Askies”, “I’m Sorry” as Lead, “Amagugu” on SABC1 as lead, and “Generations the Legacy”.  She later joined a brilliant team of artists and worked as an Admin assistant at The Plat4orm, an experimental space for artists by artists.  She recently took a role on “Ufelani” as lead, “The Queen as Mandisa”, and the film “Ditoro tsa rona” produced by KwaMdali NPC. She is currently serving as a Director at KwaMdali NPC a Non-profit company.

Hlengiwe Lushaba Madlala is a fervent originator, who is highly motivated and passionate about the power which art has to rehabilitate and shift societal perception.  Hlengiwe asserts that the dignity of an African identity is a catalyst in much of her work which sees her me confronting stereotypical constructs of the “black face” in performance.  As a mother to four children and a director and founder of KwaMdali, a space that takes care of young peoples’ dreams and gifts , she has aligned herself with the question of legacy and responsibility.  This question has led her to work with various legends within the industry who in turn have mentored and groomed her over her career and lifetime.  Hlengiwe considers young people her my source of inspiration , their relentless energy giving her hope and inspiration to keep moving and keep working no matter the circumstance.  Hlengiwe comes from a long line of preachers , apostles and prophets , her work takes on this tone and she sees herself as a conduit, using the different artistic gifts passed on to her as a medium for healing and finding beauty.  “I’m in love with the Afrikan continent, the complexities she holds, and her people.” Says Hlengiwe, “My current dream is to see the dignity of my continent restored along with that of  her children.”