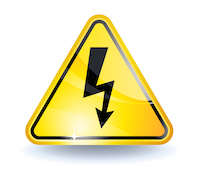 The National Arts Festival and Makana Municipality have reached agreement regarding load shedding and electricity supply during the 2015 Festival.

–       Grahamstown is divided into three areas for the purposes of load shedding: City 1, City 2 and Rhini/Joza.
–       The Festival operates approximately 60 venues across the city. These are predominantly located in City 2.
–       The Festival expects a significant influx of visitors and VIPs in the course of the two-week period.

The primary objectives of the agreed load-shedding plan are:

–       To ensure the safety of all visitors to the Festival
–       To minimize disruption to Festival events and shows
–       To achieve parity whereby all sectors of the City, over a period of time, experience an equitable share of load shedding

With those objectives in mind, the following plan has been agreed:

Festival schedule:
Should Stage 1 or Stage 2 load-shedding be declared, City 1 will be shed according to both the City 1 and City 2 schedules. City 2 will not be shed.
The Festival will make provision for its venues that fall into City 1 to ensure that performances are not disrupted in the event of load shedding.

3.     For the period 17 July – 31 July (both dates inclusive), a “Post Festival schedule” for load shedding will be implemented.

Post-Festival schedule:
Should Stage 1 or Stage 2 load-shedding be declared, City 2 will be shed according to both the City 1 and City 2 schedules. City 1 will not be shed.

4.     Should Stage 3 or 4 load shedding be declared, then the currently published schedules will be followed, except for one or two times where exceptions have been made and City 2 will be protected from load shedding. These are at times when issues of public safety have taken precedence.
5.     Rhini/Joza will not be affected by the above and the currently published load shedding schedules will remain in effect.
6.     From 1 August 2015, Makana will revert to the published schedules as supplied by Eskom, and Hill 60/West Hill will move back to City 2.

To see the effects of the above plan on specific dates and times, you can download the revised July load shedding schedules for City 1 and City 2 here

Festival management knows and understands that the above arrangement may be inconvenient for some, and apologises in advance for such inconvenience.