[fusion_builder_container hundred_percent=”yes” overflow=”visible”][fusion_builder_row][fusion_builder_column type=”1_1″ background_position=”left top” background_color=”” border_size=”” border_color=”” border_style=”solid” spacing=”yes” background_image=”” background_repeat=”no-repeat” padding=”” margin_top=”0px” margin_bottom=”0px” class=”” id=”” animation_type=”” animation_speed=”0.3″ animation_direction=”left” hide_on_mobile=”no” center_content=”no” min_height=”none”][IN THE NEWS] The latest edition of Creative Feel magazine is out – with a special focus on the National Arts Festival. The magazine promises ‘some behind-the-scenes info’ to help those heading for Grahamstown wade through the substantial programme, including interviews with some of this year’s top acts. 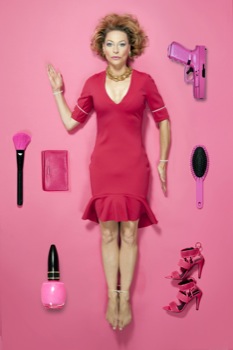 The cover is the arresting production shot of Jennifer Steyn, who can be seen in Christiaan Olwagen’s adaption of A Doll’s House. Nondumiso Msimanga interviews the Standard Bank Young Artist Award winner , in which they talk about choices and the space Olwagen has been afforded.

Creative Feel’s Editor-in-Chief Lore Watterson speaks to Pieter-Dirk Uys, who will be presenting an extensive repertoire in Grahamstown this year in honour of his 70th birthday and his 20th appearance at the Festival.

There’s also a round-up of what to expect from the visual art programme at the Festival and a super-handy guide to the Standard Bank Jazz Festival – which they’ve published in full on their website.