The National Arts Festival has revealed the five finalists of the Distell National Playwright Competition. These finalists will now embark on to the next phase of the competition – a mentoring programme, during which they will receive advice and support towards preparing the final version of their scripts.

The Distell National Playwright Competition recognises new talent that has not yet presented a finished play to an audience. More than 160 entrants submitted story ideas and writing samples, from which five finalists were selected by a panel. This group of five will be given mentorship to evolve their script ideas into a play that is ready for production. One overall winning play will be announced and then produced and staged by the National Arts Festival at the 2019 Festival in Makhanda, which runs from 27 June to 7 July.

National Arts Festival Associate Producer Nobesuthu Rayi says, “We received an encouraging number of entries across all languages and from many parts of South Africa, so our writers are indeed engaged in idea-making and dreaming. We are very excited to see our five finalists take their scripts to completion now.”

“South Africa is endowed with great talent in the Arts and we see this initiative as an opportunity to recognise talent, start conversations, encourage freedom of thought and imagination. Importantly, and particularly given our history as a country, we see this competition as a vehicle to bring people together by overcoming and promoting our rich cultural diversity,” says Bridgitte Backman, Corporate and Regulatory Affairs Director at Distell.

National Arts Festival CEO Tony Lankester noted that the competition was providing emerging playwrights with a rare opportunity to take their work all the way through the process of creating a play, “Theatre-making begins with an inspiring script, we need to nurture our writers if theatre is to remain vibrant and exciting. Our partnership with Distell allows us the platform to do this.” 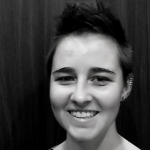 Erica Harris has a BA degree in communication and English, as well as an honours degree in journalism and is currently teaching English. In 2015 and 2017 she won the RSG Sanlam radio-drama writing competition’s prize for a young writer with Die Eksentriekes and Oorlewing – C-Blok, which has been adapted into a screenplay for a television movie with the same name. 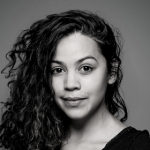 Kelly-Eve Koopman is a storyteller who works across genres and disciplines. Together with her partner, Sarah Summers, she has developed the web series and online dialogue platform, Coloured Mentality. She is currently a delegate on the Atlantic Fellowship for Racial Equity. She is also a youth developer and co-directs femmeprojects, an organisation focused on intersectional approaches to sexual and reproductive health education. She is working on a number of exciting creative projects across the mediums of digital, film and print, including a book of personal essays, which is scheduled to be published by Melinda Ferguson of Jacana Books in 2019. 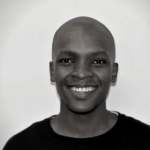 Morapeleng Molekoa: A third-year student a University of Cape Town, Morapeleng is studying his Diploma in Theatre and Performance specialising in Theatre-Making. In 2013, he joined Nymph Kellerman’s Something Magic Theatre in Pretoria. He enrolled in Indigo View’s Advanced Actors Academy in 2015, in which he was trained by Steven Feinstein, Pamela Nomvete, Fiona Ramsay, and Sylvaine Strike, among others. His acting credits include Nineveh, directed by Warona Seane; Party!, directed by Steven Feinstein; Heaven is Not Closed, directed by Lwanda Sindaphi and Lulamile Nikani; Ekoneni, directed by Lulamile Nikani; and, My Brother’s Keeper and Jesus the Crucified, both directed by Nymph Kellerman. 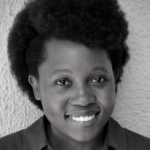 Bongumusa Mnisi: This 22-year-old creative found her love for performance when she enrolled at the Helen O’Grady Drama Academy. She went for further training at Afda Johannesburg, where she obtained her Bachelor of Arts Degree in Live Performance. Here she also developed a love for writing, and became involved in the writing processes of the productions she performed in. She now studies playwriting at the Market Theatre Laboratory’s TsaMmu Playwright’s Course, where she continues to develop and sharpen her writing skills. Her goals include growing in this field of art by creating and performing in narratives that explore and challenge the depths of humanity. 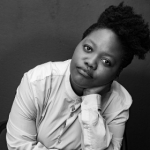 Koleka Putuma is an award-winning poet and theatre practitioner. Her bestselling debut collection of poems, Collective Amnesia, was published in April 2017. The book is in its ninth print run and has been prescribed for study at tertiary level in South African universities and at Gothenburg University in Sweden. It was recently translated into Spanish and released in Madrid by Flores Rara. Collective Amnesia was named 2017 book of the year by City Press, one of the best books of 2017 by the Sunday Times, and named one of 10 outstanding African books translated into Spanish by El País in Madrid. Putuma is a 2018 Forbes Africa Under 30 Honoree. She was recognised as a Rising Star at the 2017 South African Mbokodo Awards. Recipient of the 2017 CASA playwriting award, she is also the recipient of the 2016 PEN South Africa Student Writing Prize. She has been named a young pioneer by the Sunday Times, one of 12 future shapers by Marie Claire SA, the ground-breaking new voice of South African poetry by OkayAfrica, and one of 100 young people disrupting the status quo in South Africa by Independent Media. She has recently been appointed as the theatre producer for Design Indaba.