The names of the five finalists of the Distell National Playwright Competition of 2020 have been announced.

These fresh new South African voices, whose scripts have sufficiently impressed the judges of this annual playwriting competition, run by the National Arts Festival and supported by Distell, are:

The project sees the finalists paired with notable mentors who will assist them in developing their scripts to be ready for staging.

The five finished scripts will then be evaluated by a panel and one winning script will be chosen to be developed into a production and staged at the National Arts Festival, which runs from 25 June to 5 July 2020. Each finalist receives R5 000 in cash, while the winning scriptwriter can also look forward to a R20 000 cash prize.

The 2019 winner, Koleka Putuma, penned No Easter Sunday for Queers for her winning entry last year. The play focuses on the limitations of the normative ideas of sexuality in religion and received rave reviews both in South Africa and London.

The Distell National Playwright Competition recognises work that grapples with issues of social cohesion. It was founded in honour of Adam and Rosalie Small, whose work in literature and education formed a rich contribution to South African culture.

National Arts Festival’s Executive Producer Nobesuthu Rayi says: “It’s imperative that new work comes into the South African theatre space but new scriptwriters often battle to have their work made and as a result we are not seeing nearly enough new work on our stages. There is no shortage of ideas though and this wonderful partnership with Distell has enabled us to bring these ideas to light and assist writers in taking them to the next level.”

Bridgitte Backman, Distell’s Director of Corporate and Regulatory Affairs, explains the company’s aim with supporting the project: “As Distell, we recognise that our country is multi-ethnic and we therefore place a high priority on supporting arts initiatives that showcase our country’s rich heritage and diversity. The arts, in our view, are key to building a more inspired and creative society.”

The winner of the competition will be announced on 31 January 2020. 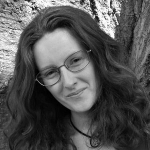 Tamarisk-Ray Glogauer enjoys good tea and good conversation. She has an honours degree in drama from Rhodes University, where she specialised in writing for performance, physical performance and choreography. She is passionate about writing and exploring bodily performance as communication with the potential to express that which is both universal and deeply personal. She strives to question how it is we tell stories in a world on the brink of change. 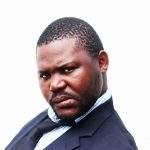 Happy Simelane graduated from the Market Theatre Laboratory and has been in plays that include Chasing Happy and Madam and Eva. Simelane featured in the National Arts Festival with a piece of theatre that was devised by the students of the Market (directed by Clara Vaughan and assisted by Salome Sebola) called Noord!. The show also played at 969 Arts Festival at Wits Theatre. She worked as a facilitator on a school festival and interned as a costume designer for Thula Thula, which played in the Barney Simon Theatre at The Market in 2017. In 2019, she performed in a children’s theatre play Ditholoaneng, which was devised by the cast and directed by Omphile Molusi. Simelane currently resides in Kathlehong, South Africa. 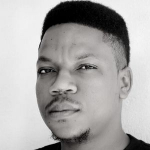 Tseko “Tk Da Poet” Thukani is an acclaimed theatre practitioner from South Africa. A life coach providing educational training, workshops and mentorship through the art and culture intervention. This young rising star is a founder and the Creative Elevator Officer (CEO) of The Gallants House Productions, a house for creative writing and performing arts based in Bloemfontein in the Free State. He’s well known for his skilful acting, directing, creative writing, a facilitator of the performing arts and he is a voice-over artist. Thukani has run workshops in various parts of South Africa and shared his craft as an actor and poet in all nine provinces of South Africa as well as Lesotho and Botswana. His art is a fusion of dreams, visions and reality inspired by nature and language. 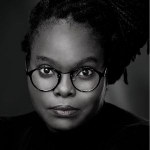 Philisiwe Twijnstra is a writer, director and actor. She lives in Durban, and founded Durban Women Playwrights in 2017. She was also selected as one of the female directors for a Women’s Theatre Festival in Johannesburg (2016) to stage her first-award winning play by a Dutch writer, Theo Fransz Matty & Sis.  She was part of the novel script project at National Arts Festival after which she wrote Salty Pillows; a script which took second place at the PANSA Playwright Festival. (2017). Twijnstra was shortlisted for Short Sharp Stories (2017) for her short story Little Black Sandals. She received a fellowship in Germany (2018) and her play The Red Suitcase was selected for staged readings in Canada by Zee Zee Theatre (2018). Twijnstra was recipient for the CASA Playwright Award residency (2018) to write her new play Not Enough Buses in Spring. In November 2019, Twijnstra directed Nongogo at the University of KwaZulu Natal. She completed her Master’s in Creative Writing at Rhodes University. 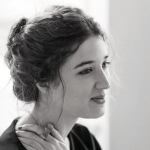 Amy Louise Wilson is a performer from Johannesburg. Since graduating from Rhodes University and the University of Cape Town with an Honours Degree in Drama, she has appeared in numerous local and international film, television and theatre productions. Notable credits include Fox’s The Book of Negroes and the Netflix series Troy: The Fall of a City. Her acting credits include a role in the Fugard Theatre’s The Father and The Mother. She has been experimenting with creating solo performance, beginning with her living-room performance-lecture Other People’s Homes, which she created in New York. In 2019, together with Francois Knoetze, she co-founded the Lo-Def Film Factory, a pop-up experimental community cinema initiative.