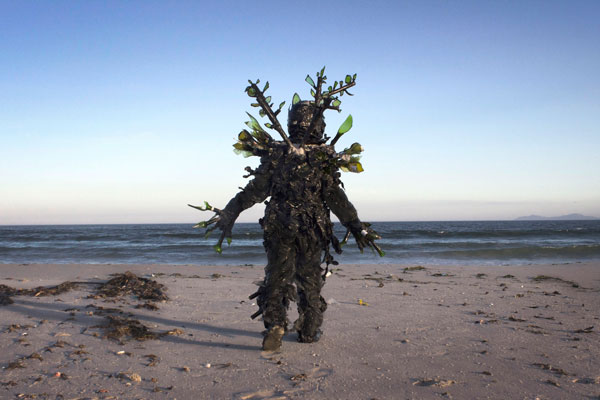 He sent the Festival office this note on Wednesday, shortly ahead of setting up his show, which will run for the duration of the Festival. We thought we’d share with you:

After screenings in Cologne, Vienna, London, Newark and Jakarta, my solo exhibition Cape Mongo is en route to my hometown for the Grahamstown National Arts Festival, where it will form part of the Public Art platform on the Main Programme.

I feel like it is fitting that the project I have spent the last two years working on will culminate at the Festival which, growing up, played a big role in broadening my understanding of what art could be.

Having grown up and gone to university in Grahamstown, it is very important to me that the work be accessible not only to ‘festival-goers’, but also to a wider Grahamstown community. As such, my work will be shown at the Commemoration Church Hall, behind Church Square, a central point of convergence for people from all over the city.

If you’ll be at the festival, come and have a look.

Cape Mongo will be shown daily; screenings on the hour. Commemoration Church Hall, Bathurst Street. Open 10am to 5pm.