When musical notes take flight at the Standard Bank Jazz Festival this July, it will be for much more than a merry musical celebration – this year’s programme seems curated with deeper ideas at its heart, writes PERCY MABANDU

The line-up for the 2017 Standard Bank Jazz Festival in Grahamstown is at once locally rooted, outward looking as well as underpinned by the spirit of collaboration. All these are foundational principles for both the music we call jazz as well as our national experiment with democracy as a governing ideal.

Traditionally, collaborations at the Standard Bank Jazz Festival involve headlining international band leaders setting up session bands with local talent. This provides a rare global collaborative opportunity for our young jazz musicians, as well as for some of the country’s greats. 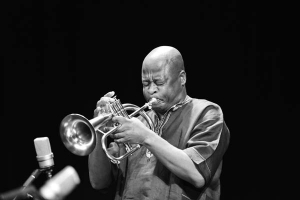 For instance, consider the much-anticipated collaboration between trumpeter Feya Faku and Dominic Egli’s group, Plurism. Their music draws from African traditions that include song styles of Southern Africa’s Nguni speaking peoples, west African sensibilities and all the areas in between. These are all addressed through Egli’s own explorative musical European heritage. The body of music they will present during the National Arts Festival is titled, More FuFu! It builds on the winnings of Fufu Tryout, the record released in 2014. Fufu is a staple food made with cassava and various flours, such as semolina, maize flour or mashed plantains and enjoyed across the African continent. Just like fufu, great syncretic African musics have travelled to other parts of the world to be shared.

The programme also has the prodigiously gifted Neo Muyanga, this year’s Featured Artist. His creative practice has over the years situated him as a musician who transcends his locale. To start, Muyanga spent year in Italy studying that Mediterranean country’s madrigal tradition with choral maestro, Piero Poclen. He has also worked on various projects with hip-hop highflyers and folk musicians.

While many of Muyanga’s fans know him mostly for the charming music he made with Masauko Chipembere in the guitar duet project, BLK Sonshine, Muyanga’s recent work comprise an unparalleled research into our heritage of protest music. He has come out of that with gems that he has shaped into an oeuvre that is as robust as it is spiritual. Muyanga will play his guitar and sing with Peter Ndlala on bass and Andre Swartz on drums.

Buy tickets to the Neo Muyanga Trio on 2 July

Notable among the list of international headliners at the Festival is the steelpan player, Andy Narell. He is no stranger to South African jazz lovers. In fact, Narell has such a strong following of appreciators that there is even a jazz stokvel dedicated to following his musical exploits. Though Narell is a New Yorker, his music has an indelible Caribbean texture to it – not least because his instrument of choice, the steelpans, have their roots in that region of the Atlantic. Narell’s music is driven by infectious melodies and a rhythmic sensibility that is undeniably tropical. There’s a hopeful joy that South Africans seem to be unable to get enough of. Narell will share the stage with a band made up of Louis Mhlanga on guitar, Thandi Ntuli on piano, Pete Sklair on bass, Vusi Khumalo on drums and Tlale Makhene on percussions. 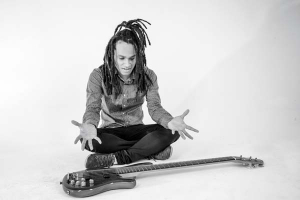 South America is marked with the inclusion of the young bass guitar genius at the Festival: 21-year-old Michael Pipoquinha. He will lead his Brazilian troupe with Mestrinho on accordion and Alex Buck on drums. This South American trio will feature Swiss pianist Malcolm Braff who, in another performance, will also go on stage with drummer Tumi Mogorosi. They have a collaborative project dubbed Sanctum Sanctorum.

A new act The Wizards step into the spot left by Estafest. Comprising Dutch musicians Oene van Geel on viola, Mete Erker on saxophone, pianist Jeroen van Vliet and Anton Goudsmit on guitar along with three of South Africa’s most skilled jazz musicians Mark Fransman, Kesivan Naidoo and Carlo Mombelli. This collaboration underscores the longstanding relationship between South Africa and the Netherlands, with a cultural exchange that goes back beyond the anti-apartheid struggle. Fans with an ear for large-bodied sounds will be delighted by James Morrison’s presence. Dubbed Australia’s greatest jazz export, Morrison will collaborate with the Festival Big Band. The ensemble will be made up of alumni of the Standard Bank National Youth Jazz Band. The performance will make fitting statement for Jazztown as a historic hotbed for budding talent.