Together with the National Film and Video Foundation (NFVF), we’re delighted to announce a late addition to the already rich Film Festival programme – screenings of six extraordinary films that will be presented in honour of women and activism.

All screenings of the following films will be introduced by people involved with the making of the films. There will be Q&A sessions after the screenings.

Tickets are R35 (full price) or R30 (concessions for learners, students and pensioners). Please note that the screening of Kalushi is free of charge, but you must still book a ticket.

It is the height of apartheid, and Solomon Kalushi Mahlangu is a 19-year-old hawker from the streets of Mamelodi. After a brutal beating at the hands of the police, he goes into exile to join the liberation movement. After undergoing military training in Angola, he is joined by friend and comrade Mondy who, in a heated incident, loses control and ends up shooting two innocent people in downtown Johannesburg. While Mondy is severely beaten and tortured, Kalushi faces a daunting trial in which the State seeks the highest punishment – death by hanging.  Kalushi  is a captivating drama that artfully depicts South Africa’s struggle period, as well as the seeds of its contemporary student liberation movements.

Action Kommandant is the untold story of slain South African liberation fighter, Ashley Kriel. During the oppressive apartheid era Ashley was known as the Che Guevara of Cape Town’s notorious ‘Cape Flats’. Born into a single-mother, working class family in Bonteheuwel, he grew to become the symbol of 1980s youth resistance. The film opens with the voice of Ashley’s mother, Ivy Kriel. This audio interview travels with us throughout the film as it introduces various chapters of Ashley’s life. The film traces this guerrilla soldier’s development from being a member of the progressive BYM through to joining Umkhonto we Sizwe. What happened to him in the Umkhonto we Sizwe camps? Will we ever find the truth about his death?

If This Be Treason

Activist Helen Joseph was one of the prime leaders of the Women’s March of 22,000 women on the Union Buildings in Pretoria in 1956; a signatory of the Freedom Charter; Black Sash member; and a founder member of the ANC’s white ally the Congress of Democrats. In December 1956 she was arrested on the charge of High Treason and spent nine years under house arrest becoming the first woman to be banned.

Rights of Passage – Love and Loss in the Time of Mandela

Rights of Passage is a 2015 anthology feature film consists of eight short films produced by young South African filmmakers who were born after the end of apartheid in South Africa. The films are all linked by the themes of intimacy and change and the accompanying challenges of each including the search for love and belonging.

Described as a “rare, honest, resilient and creative insight into the concerns and experiences of black youth in contemporary South Africa”, this is an important project that gives a glimpse into the challenges and contradictions of everyday South African life after 20 years of democracy, as seen and experienced through the eyes of South Africa’s so-called Born Free generation.

The tragic life of Sandra Laing, a child born of Afrikaans parents who, under the apartheid classification system, is re-classified as ‘coloured’. In this powerful examination of South Africa’s shameful history, the story starts in 1965 when Sandra, a young 10-year-old girl, is thrown out of school for being black, despite the fact that she is of white parents. Skin is a story of a family, forgiveness and the triumph of the human spirit.

While in exile in the UK, South African activist, Ruth First acted as herself in a docudrama of her incarceration under the 90 day ruling. The immediacy of a non-acting person, playing herself in a re-enactment of real events was a brave and imaginative re-writing of cinema aesthetics. 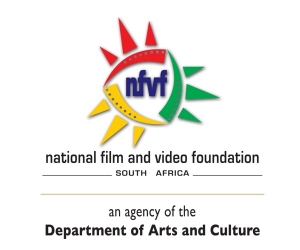