How do you read a play? Aloud is the answer. In much the same way a musical score can only really be fully appreciated when performed on the intended instruments, a play only truly comes to life when an actor speaks the lines. From the Kultcha Klub at Wits to the Actor’s Centre at the Civic, Playground at the Baxter and Power Plays at the WALE Festival, play readings are an exciting format where actors perform new play scripts with texts in hand and have been enjoyed by audiences across the world just as much as the creatives participating. With absolute focus on the written text, RES PUBLICA pulls together phenomenal talents for works never before seen on South African stages.

Take Me Out by Richard Greenberg

Directed by Tara Notcutt  | 2 July 13:00
Darren Lemming is the star centre fielder for the champion New York Empires. An extraordinary athlete, he fills both his fans and his teammates with awe at his abilities and his presence on the field and off. When he makes the matter-of-fact announcement that he’s gay, he throws his team into turmoil and confusion, while he also emboldens his closeted accountant, Mason Marzac, to come to terms with his own sexuality―and to fully experience the pure joy of watching great athletes play a sport as well as it can be played. But Darren’s announcement brings to the fore the confused and twisted hostilities of the Empires’ brilliantly talented but deeply racist and homophobic pitcher, Shane Mungitt―from whose rage tragic consequences ensue. 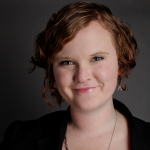 About the director – Tara Notcutt is an independent director and producer, and Artistic Director of The Pink Couch, with a repertoire of award-winning and internationally travelling work under her belt. Her interests in style range from intimate drama to physical theatre to opera. With three Silver and six Standard Bank Ovation Awards under her belt, Tara’s work at the National Arts Festival includes …miskien, Undermined, The Gruffalo, and The Three Little Pigs.

Directed by Jade Bowers | 3 July 10:00
Set in London and Kabul, Afghanistan in the late 1990s, the play begins with an extended monologue by the Homebody, a wildly intellectual, deeply curious Englishwoman who is bored with her comfortable life and detached from her husband and child. Inspired by an encounter with an immigrant Afghan shopkeeper, the Homebody becomes obsessed with Afghanistan, idealizing its tragic past as exotic and mysterious. When she travels there and disappears, her husband and daughter follow to search for her, unprepared for the adventures that await them. Passionate, thought-provoking and
vital, Homebody/Kabul is a challenging and deeply compassionate look at global politics, cultural differences, and complex personal relationships. 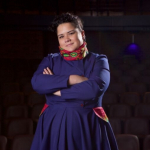 About the director – Jade Bowers is a University of Cape Town Bachelor of Social Sciences (in Drama and Sociology) graduate. She also has an Honours degree, focusing on directing and design for the stage, from the University of the Witwatersrand. Through the years she has acquired multiple accolades for her work in theatre, receiving recognition through Naledi Award nominations, and being named one of AfriPOP’s Top Five Female Theatre Makers in South Africa. Jade was the 2016 Standard Bank Young Artist for Theatre and is 2017 the Naledi award-winner for Best Director (Scorched).

Directed by Nobesuthu Rayi | 4 July 11:00
A two-woman show with rapid-fire comic vignettes that explore the lives of 30-something African American middle-class women in urban America as they search for love, clothes, and dignity in a world that fails to recognise them amongst a parade of stereotypical images. SBF 1, an English literature professor, and SBF 2, a corporate lawyer, keep each other balanced as they face their fears of rejection, hopes for romance, and reminisce about black girlhood wounds. While embodying a variety of characters, the girlfriends discuss the absurdities of interracial dating, the lure of recreational shopping, and the merits of college reunions for bolstering one’s self-esteem. 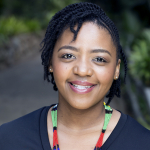 About the director – Nobesuthu Rayi has been a Director of Swii Arts Amendment, (Uitenhage), served on the NAC’s theatre panel member and was Artistic Manager of PE Opera House, the longest running theatre in Africa. She has produced works provincially, nationally and internationally and in 2016 she celebrated 10 years of presenting works at the National Arts Festival collaborating with Landesb_hne (Germany) directed by Frank Furhman.

Directed by Motlatji Ditodi | 5 July 13:00
Annie and her teenage friends want the same things: the hottest new phones, cute boys, designer bags. But when they enter into a pregnancy pact, she wonders if there might be a different path and a brighter future. Huntington Playwriting Fellow Kirsten Greenidge (Luck of the Irish) finds raw humor and gritty poetry in this provocative, ripped-from-the-headlines new play. 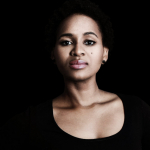 About the director – Motlatji Ditodi is a South African actress best known for her starring role as Nombulelo, a snobbish, fickle intellectual black female who grew up in exile and has returned as an art curator and dealer for the rich and powerful of Jo’burg, in the SABC2 sitcom Askies, in 2009. Between 2015 and 2016 she starred as Detective Sindy Mhambi on the SABC3 soapie High Rollers. She left the show in September 2016 to pursue a Business Acumen for Artists course at UCT’s Graduate School.

Presented by arrangement with DALRO (www.dalro.co.za)
Directed by Greg Homann | 6 July 10:00
Corporate lawyer Amir Kapoor is living a wonderful life: he is happy, in love with his wife, and about to land the biggest promotion of his career. But when he briefly helps his nephew with a case defending a man of Muslim faith, Amir’s career and personal life begin to slowly unravel. When Amir and his artist wife, Emily, host an intimate dinner party with their two colleagues and friends, he begins to realize that the life he has built for himself may be a façade. Does achieving a Western ideal of happiness mean that Amir has denied his true Pakistani heritage? The friendly dinner party soon escalates into an intense conversation involving religion, race and violence. Accusations are spoken, truths are revealed, and Amir’s life will never be the same again. The Pulitzer Prize-winner for Drama in 2013, Disgraced questions whether we can ever truly escape the confines of our upbringing and our heritage. 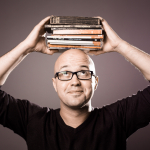 About the director – Greg Homann is an academic, playwright, actor, and multi-award winning theatre director. He has a BA Dramatic Arts degree from Wits and an MA in Text and Performance Studies with distinction from The Royal Academy of Dramatic Art (RADA) and King’s College London. He has directed theatre productions in many different styles and forms that include drama, comedy, musical theatre, musical review, contemporary world-drama, and new South African plays. Among many awards for directing, he was the Standard Bank Young Artist Winner for Theatre in 2014. His most celebrated work includes Brothers in Blood (director), Delirium (director), The Pirates of Penzance (director / designer), Pterodactyls (director / designer), One Woman Farce (co-writer / director), Oedipus @ Koö-Nú! (writer / director), and A Voice I Cannot Silence (co-writer / director).
Sponsored by the US Mission to South Africa and presented in partnership with WordFest, the National Arts Festival’s RES PUBLICA is a season of works aligned to the themes of American culture and society, democracy, human rights and civil society.

The US Mission to South Africa includes the Embassy in Pretoria, and Consulates in Johannesburg, Cape Town and Durban. For more information please visit za.usembassy.gov