The National Arts Festival’s theatre programme is “a laboratory of work that reimagines history, exhumes ghosts, and questions our future in a way that unsettles and inspires”, says Executive Producer Ashraf Johaardien. Spearheading this vision is 2017 Standard Bank Young Artist for Theatre, Monageng ‘Vice’ Motshabi, whose work Ankobia unfolds in the future land of Pelodikgadile. In that land, it is forbidden to remember a time before the new state, where the ‘joy machine’ keeps people obedient and grinning with pleasure. Cowritten by Motshabi and Omphile Molusi, Ankobia touches on unresolved issues and the silencing of protest – the machine that is state and the traps that we fall into when power is unchecked. Motshabi says all his work “draws on the essence of the continent”. The play, which derives its name from the Ghanaian word “ankobia” (meaning ‘go back and get it’), features Momo Matsunyane, Katlego Letsholonyana and Billy Langa. 7, 8 and 9 July | Book tickets Nadia Davids digs up history in her play What Remains – a fusion of text, dance and movement about the unexpected uncovering of a slave burial ground in Cape Town. Based on an actual event, the archaeological dig leads to a reckoning of untold histories for the citizens, archaeologists and property developers involved. And so the layers of history and memory emerge. Davids’ work has previously explored forced removal and memory and this one is no different.  Cape Town is “an uncanny place, the past and the present are always entangled, the landscape seems to move constantly between the invitation to remember and the demand to forget and that remembering and forgetting has always been racially coded. It’s the sort of place that invites multiple tellings precisely because its inhabitants experience the city so differently.” Jay Pather directs, choreographs and sets the sceneography of the piece with performers Denise Newman, Faniswa Yisa and Shaun Oelf bring the story to life. 29 and 30 June and 1 July | Book tickets 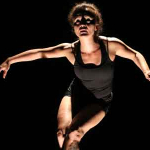 After a 17 year break from working together, performer Rehane Abrahams and Mothertongue co-founder and director Sara Matchett are bringing their individual work into unison for a study on the body politic in Womb of Fire. The piece uses a mythical, non-Western framework to examine the performing female body as a site of disruption. An all-woman theatre collective, the Mothertongue Project has drawn on their experience of helping countless women tell their stories and become empowered within their bodies and communities. 4, 5 and 6 July | Book tickets In a time where women’s safety and identity remain squarely on the South African agenda, another piece that interrogates the representation of women in contemporary society is Zimkitha Kumbaca’s Confessions of a Blacklisted Woman: She Bellows. First written by her in 2011, Kumbaca now directs the piece at this year’s National Arts Festival, close to her original home of King Williams Town in the Eastern Cape. A departure from her best-known role as Nontle Sanqu, in the e.tv drama series Matatiele, this work has been presented to critical acclaim at the South African State Theatre, Pop Art Theatre, the Windybrow Theatre, the Joburg Theatre and, most recently, at the Soweto Theatre. 4, 5 and 6 July | Book tickets 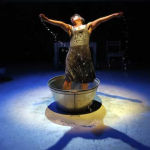 The deeply personal and complex relationships women have with their families and their selves are excavated in Jennie Reznek’s (Magnet Theatre) one-woman show, I Turned Away and She Was Gone. Directed by Mark Fleishman, the show poetically explores the passage and cycles of life of three generations of women – mother, daughter, grandmother – and the relationship we all have with our past, present and future selves. Nominated for four Fleur du Cap and two Naledi awards. 7 and 8 July | Book tickets 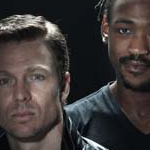 Love and family cross boundaries and challenge gender stereoytpes in the acclaimed multi-lingual NewFoundLand (BUITE LAND) by Neil Coppen. An exploration of the deepest threads that invisibly exist between religion and science, medicine and faith, memory and forgetting, Kopano Maroga’s performance at the recent KKNK won him a Best Supporting Actor Kanna Award and the play took home the Best Debut Production award. The cast includes Jacques Bessenger, Kopano Maroga, Elize Cawood and Ntombi Gasa, among others. 7, 8 and 9 July | Book tickets 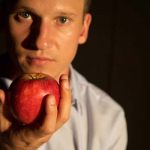 Family themes continue through Lara Bye’s formidable treatment of the early nineties book The Smell of Apples by Mark Behr. Die Reuk van Appels retells the riveting tale of a boy’s end of innocence – both personally and in the context of country. Gideon Lombard’s Kanna Award–winning performance (Best Actor 2017) is not to be missed in this production by The South African State Theatre and Theatrerocket. 2, 3, 4, 5 and 8 July | Book tickets 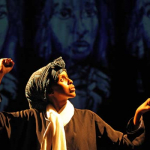 Bringing international issues into line with our own, The Crows Plucked at Your Sinews is a one-woman show from the UK with Aisha Mohammed, featuring live music from Abdulkader Saadoun.  Directed by Hassan Mahamadille, the story unfolds through the unearthing of real events in history, both recent and long gone, in a piece that explores integration and tolerance through an evocative narrative. 5 to 8 July | Book tickets

The National Arts Festival and Drama for Life will present four new South African works at the Festival:

All the Drama for Life shows run from 3 to 8 July.