As arts and entertainment moves rapidly into the digital space, there is a steep learning curve around the technical and legal aspects of making work. One important area that artists need to develop their skills around is the legal and ongoing cost impact of the content they put online. Using another artist’s music or text or borrowing visual elements for your online content may attract issues around rights and royalties.

This very interesting and informative panel discussion included practical guidelines and advice on creating work for online consumption from our panel of experts:

Unfortunately, we ran out of time and couldn’t get to all of the questions. We are busy compiling the full set of questions and answers and will make these available here as soon as they’re ready. In the meantime, you can visit these institutions’ websites directly with your queries: 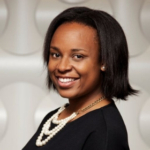 Chola Makgamathe attended Wits University in Johannesburg where she graduated with Bcom, LLB and LLM degrees. She subsequently worked as a consultant and worked on and managed projects involving multi-lateral organisations, provincial and local government. She is an admitted attorney of the High Court of South Africa and practised law at one of the leading law firms in South Africa. She was the CEO of Downtown Music Hub, a Non Profit Company established by the Department of Arts and Culture to deal with some of the challenges in the South African Music Sector. She is currently the General Manager for Legal Services and Licensing Administration at the Southern African Music Rights Organisation. Chola is also currently serving as a trustee for an entity specialising in the commercialisation of intellectual property produced by academics in institutions of higher learning. Chola Makgamathe was born in Lusaka, Zambia and is the eldest of five children. She spent her childhood in Glasgow, Gaborone and Johannesburg where her family eventually settled. Jade Bowers is a Capetonian living in Joburg, and was named one of Mail & Guardian’s 200 Young South Africans and was the 2016 Standard Bank Young Artist for Theatre. She currently works for UJ Arts & Culture and runs her own production company: Jade Bowers Design & Management. Jade graduated from the University of Cape Town with a Bachelor of Social Sciences in Drama and Sociology, and from the University of the Witwatersrand with an Honours degree focusing on directing and design for the stage. She has been recognised by The Presidency as one of South Africa’s Young Achievers; was named one of AfriPOP’s Top Five Female Theatre Makers in South Africa, and the 2014 Arts and Culture Trust ImpACT Award winner for Theatre. She has received the Naledi Award for Best Director, a Standard Bank Ovation Award for her production of Neil Coppen’s Tin Bucket Drum and a Silver Standard Bank Ovation Award for Rehane Abrahams’ What The Water Gave Me. Jade has worked as a production manager, stage manager, festival director (for WALE 4.0), theatrical rights administrator, director and designer. 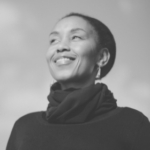 Nothando Migogo has spent the last decade leading copyright licensing organisations in the creative industries and has made a significant impact on the copyright royalty collection landscape both in South Africa and the African continent. Over the last ten years, Nothando was the CEO of the Southern African Music Rights Organisation (2017-2019), the President of CISAC’s Executive Committee for Africa (2018-2019), was the founding CEO of CAPASSO (2014-2017) and was the General Manager and Managing Director of DALRO (2009-2013). Nothando’s areas of interest and strength include licensing arrangements to leverage copyright assets and the expansion and growth of the entertainment industries across the African continent. She has vast experience with working music and literary publishers, licensing digital service providers and working with various players in the creative industries value chain such a creators, record labels and production companies. She holds an LLB (2004) and LLM (2008) from the University of the Witwatersrand. 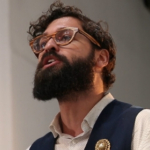 Elroy Bell is the Supervisor for Theatricals, Visual Arts and General Licensing at DALRO (the Dramatic, Artistic and Literary Rights Organisation). He has a background in producing, arts development, teaching and copyright management. Elroy has worked for the Suidoosterfees Arts Festival, Arena Stage in Washington, D.C. and Siwela Sonke Dance Theatre, among others. Elroy holds a BA (Hons) from UCT and is currently reading his MA in Cultural Policy and Management at Wits University.